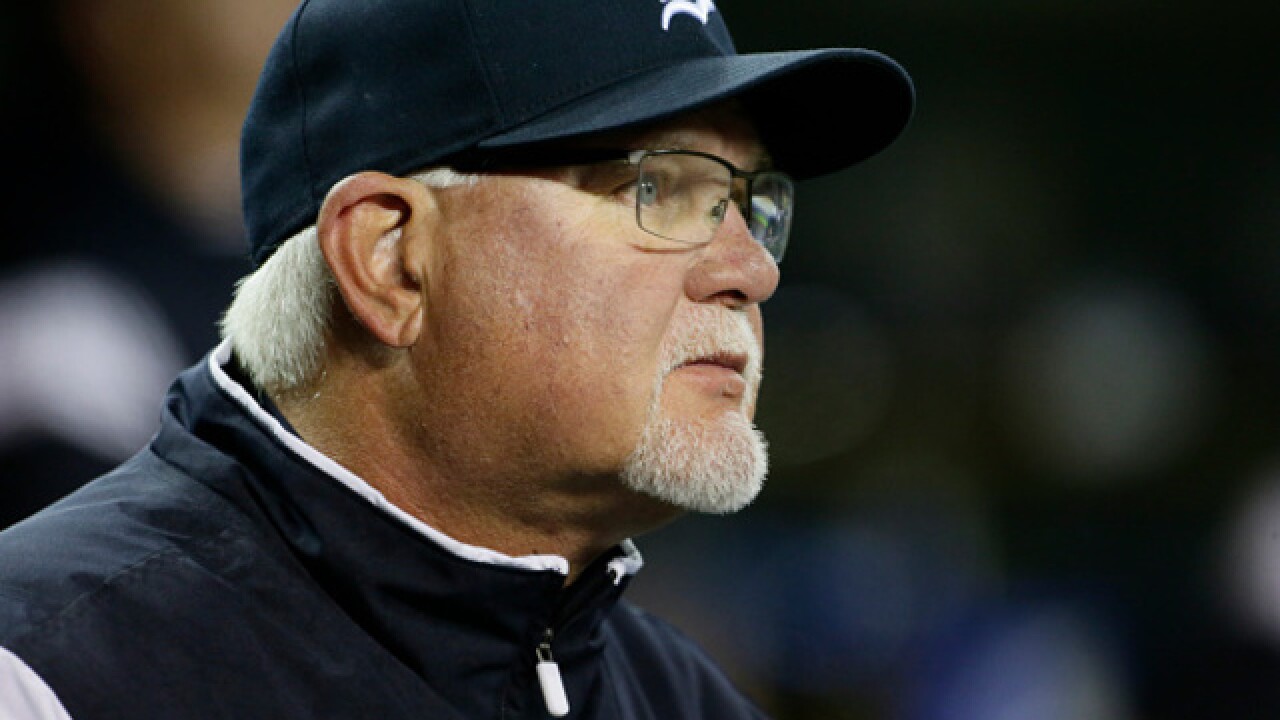 DETROIT -- Detroit rookie first baseman Niko Goodrum dropped Jon Jay's grounder and then made a wild throw, allowing the tiebreaking run to score in the ninth inning as the Kansas City Royals snapped a nine-game losing streak, rallying past the Tigers 3-2 Friday night in the second game of a split doubleheader.

Detroit won the afternoon opener 3-2 on a 10th-inning solo homer by JaCoby Jones.

The Tigers led 2-1 in the ninth of the nightcap before pinch hitter Abraham Almonte lined a tying single with one out. With runners at first and second, Jay hit a grounder to Goodrum, who didn't handle it cleanly. Goodrum then he compounded his problems by flipping the ball over the head of pitcher Shane Greene (1-1), who was covering the bag.

With one out in the 10th inning of the first game, Jones hit a fastball from Brad Keller (0-1) deep to left and immediately put up his right index finger in celebration.

"I was worried as the ball got toward the wall, because I was going to look stupid if it didn't go out," he said. "That's the best feeling in baseball."

Joe Jimenez (2-0) pitched a scoreless 10th in the opener.

Alcides Escobar led off the ninth with a flyball to deep left, but Jones made a leaping catch at the wall.

Mike Moustakas homered in the first game for Kansas City, and Whit Merrifield went deep in the nightcap.

Royals: OF Alex Gordon was scheduled to begin a rehab assignment with Triple-A Omaha on Friday night. Gordon has been out since April 10 with a left hip tear. ... C Salvador Perez (knee) caught seven innings on Thursday for Double-A Memphis, and was expected to join Gordon in Omaha.