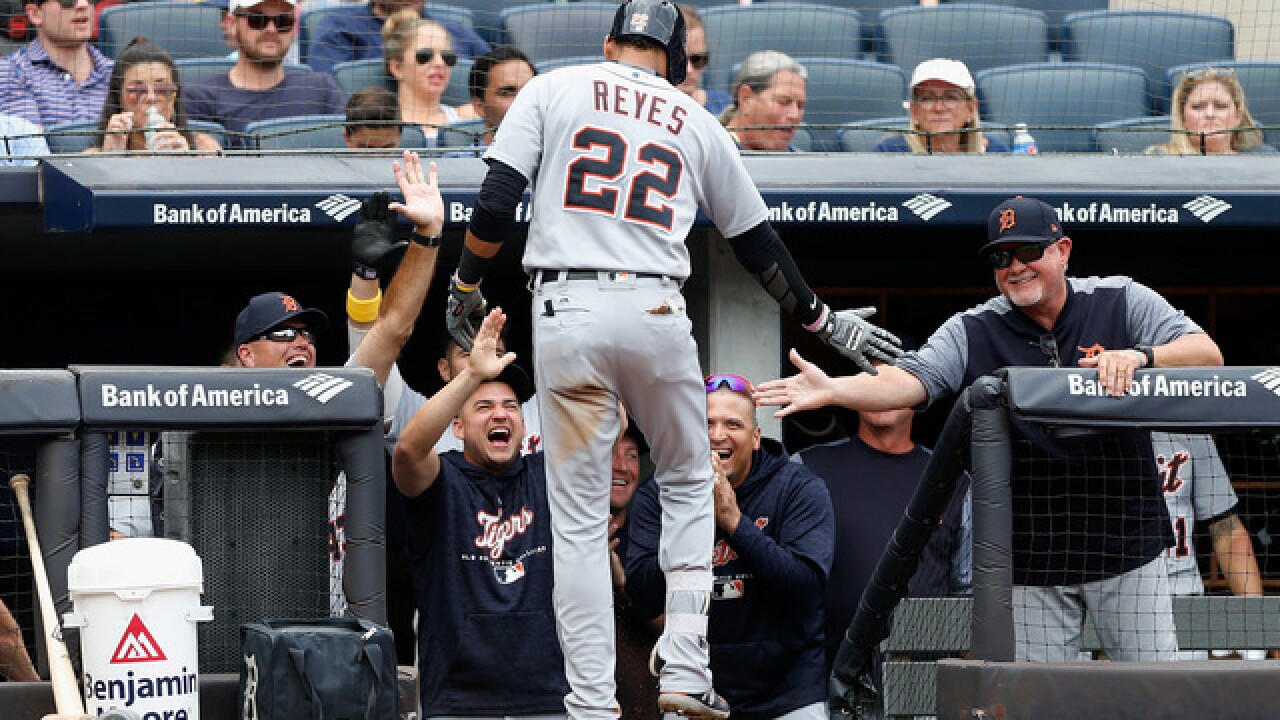 The Tigers split the four-game series. The Yankees began the day 7 1/2 games behind Boston in the AL East and finished 3-4 on their homestand against Detroit and the Chicago White Sox, both far below-.500 teams.

Reyes drove in three runs with his career-high four hits. The 23-year-old outfielder hadn't played above Double-A before the Tigers selected him from Arizona last December in the Rule 5 draft for players left off rosters.

Batting last, Reyes delivered RBI doubles in the second and fourth, when his hit gave Detroit the lead for good. He homered in the sixth, connecting in his 82nd game in the big leagues. Reyes had just three RBIs in his previous 49 games dating to June 15.

Lynn (9-9) allowed six runs on nine hits and one walk while striking out six over 3 2/3 innings.

Matthew Boyd (9-12) gave up three runs on five hits and one walk while striking out six over six innings.

Down 8-3 in the eighth, the Yankees rallied on RBI singles by Andujar and Neil Walker. Greg Bird then barely missed a grand slam when his two-out shot was caught by Reyes as he hit the right field wall.

TRAINER'S ROOM
Tigers: DH Victor Martinez, who is retiring after the season, sat out for just the fourth time since Aug. 1.
Yankees: SS Didi Gregorius (left heel bruise) took batting practice for the first time since he was injured Aug. 19. He is expected to be activated next weekend.

UP NEXT
Tigers: RHP Michael Fulmer (3-10, 4.71 ERA) will look to win for the first time in 2 1/2 months when the Tigers visit the White Sox for the opener of a three-game series. Fulmer is 0-5 with a 5.90 ERA in seven starts since his most recent win June 14.
Yankees: LHP CC Sabathia (7-5, 3.36 ERA) will take the mound as the Yankees visit the Oakland Athletics for what could be a preview of the AL wild-card game. The Yankees entered Sunday 5 1/2 games ahead of the Athletics in the race for the top wild card.