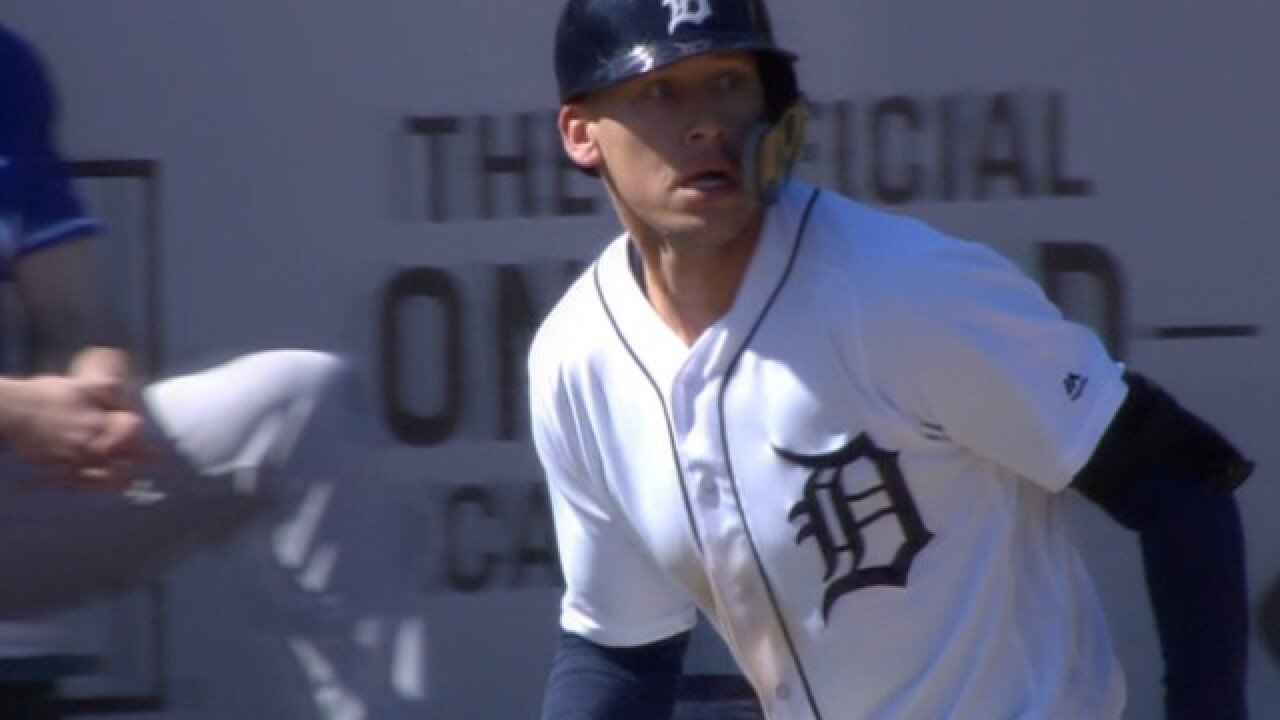 JaCoby Jones wins it for the Tigers with a home run in the 10th. pic.twitter.com/CxzCHhRCIs

DETROIT (AP) — JaCoby Jones homered with one out in the 10 inning Friday to give the Detroit Tigers a 3-2 victory over the Royals in the first game of a day-night doubleheader. Kansas City has lost nine straight.

Jones hit a 2-2 fastball from Brad Keller (0-1) into the Tigers bullpen in leftfield. Joe Jimenez (2-0) picked up the win, Detroit's fourth straight, with a scoreless 10th inning.

Royals starter Jason Hammel allowed two runs on five hits and two walks in nine innings, matching the longest outing of his career. He pitched a shutout for Baltimore against the Atlanta Braves in 2012.

The Tigers broke the scoreless tie in the fifth on back-to-back doubles by James McCann and Jones. Jones stole third on the next pitch and scored on Dixon Machado's one-out sacrifice fly.

Moustakas extended his hitting streak to 11 games with a solo homer in the sixth, pulling the Royals within 2-1. Jon Jay's RBI single tied the game with one out in the seventh.

Kansas City put two runners on with two out in the eighth, but Ryan Goins hit a sharp liner directly at Machado at second.