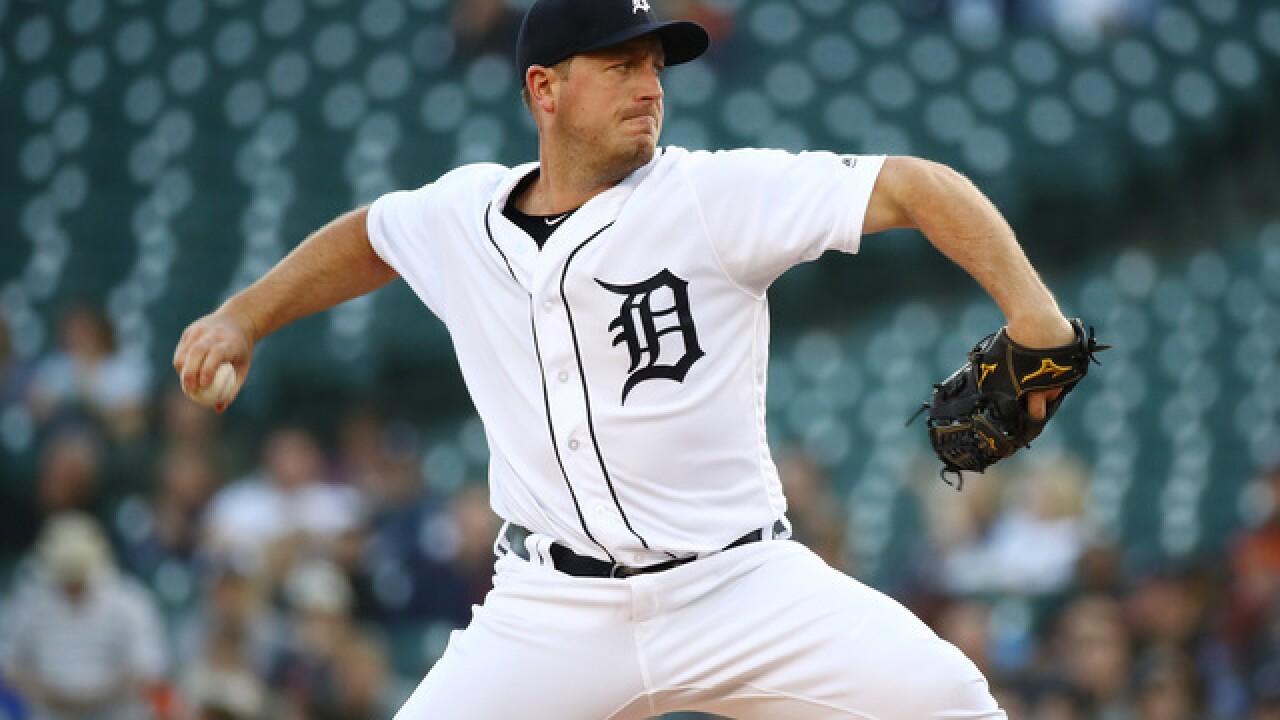 C.J. Cron and Brad Miller each homered in the ninth inning and the Tampa Bay Rays held on for a 3-2 victory over the Detroit Tigers on Monday night.

With the game scoreless, Detroit closer Shane Greene (1-2) walked Denard Span to start the ninth. Cron followed by hitting a 2-0 fastball into the right-center field seats for his seventh homer of the season. After Matt Duffy popped out, Brad Miller homered into the left-field bullpens to make it 3-0 and end Greene’s night.

But Detroit loaded the bases with one out in the bottom of the ninth on two hit batters and an infield single. Jose Alvarado replaced Chaz Roe and allowed a two-run single to Victor Martinez, then retired James McCann before walking John Hicks to load the bases again. Dixon Machado then grounded into a game-ending force at second to give Alvarado his first career save.

Rays starter Jake Faria (2-1) had the longest outing of his career, holding the Tigers scoreless for eight innings. He gave up three hits and a walk with six strikeouts in his second win in 11 starts.

Tigers starter Jordan Zimmermann didn’t get a decision after pitching seven scoreless innings. He allowed two hits, walked one and struck out five.

Jose Iglesias helped Zimmermann with two outstanding plays in the third inning. He made a leaping catch of Jesus Sucre’s soft liner, then dived to his right to grab Cron’s line drive.

Iglesias doubled with one out in the bottom of the inning, but was stranded at third.

The Rays got a runner to third with two outs in the seventh, but Zimmerman got Joey Wendle to ground out to Iglesias.

Rays: C Wilson Ramos sat out a second straight game with tightness in both legs. He has homered in his last three games.

Tigers: 1B Miguel Cabrera (bicep tightness) and CF Leonys Martin (hamstring) both missed Monday’s game and are listed as day-to-day. ... LHP Daniel Norris, who is scheduled to undergo groin surgery, was placed on the 60-day disabled list. The Tigers recalled LHP Chad Bell from Triple-A Toledo.

The teams play again Tuesday night in the second of a three-game series. LHP Matthew Boyd (0-2, 2.74) is scheduled to pitch for the Tigers, while RHP Chris Archer (2-1, 6.61) will start for Tampa Bay. Archer will be making his ninth career start against Detroit, having gone 2-2 with a 3.55 ERA.