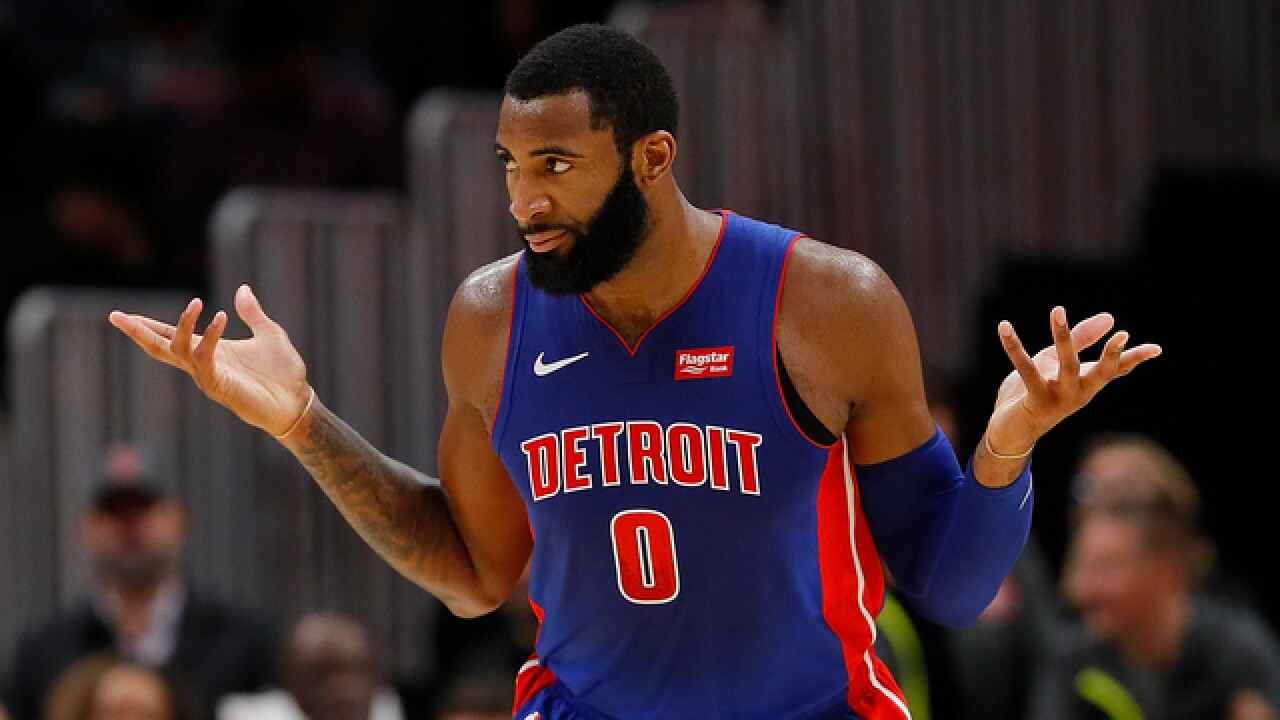 Copyright Getty Images
Kevin C. Cox
<p>ATLANTA, GA - NOVEMBER 09: Andre Drummond #0 of the Detroit Pistons reacts after a basket against the Atlanta Hawks at State Farm Arena on November 9, 2018 in Atlanta, Georgia. NOTE TO USER: User expressly acknowledges and agrees that, by downloading and or using this photograph, User is consenting to the terms and conditions of the Getty Images License Agreement. (Photo by Kevin C. Cox/Getty Images)</p>

In a game that was essentially decided in the first quarter, the Pistons were so dominant that they scored 74 points and led by 23 at halftime with Blake Griffin, the NBA's fifth-leading scorer, 0 for 2 from the field.

Drummond's double-double was the 300th of his career, most in the league since his rookie season of 2012-13. The Hawks had nobody capable of matching up with his 6-foot-11, 279-pound frame. Drummond has hit 31 field goals, shot 62 percent and pulled down 54 rebounds in his last three games.

The rebuilding Hawks, who feature one of the NBA's youngest rosters, have lost three straight and seven of eight. Jeremy Lin finished with 19 points. Trae added 16, and Omari Spellman had 14 points and 10 rebounds.

Griffin didn't take a shot until the 2:20 mark of the second, heading to halftime with seven assists and five rebounds in his first 10 minutes. His first basket, a 3-pointer from the right corner, came with 5:14 to go in the third, pushing the lead to 93-67. He finished with nine rebounds, nine assists and six points.

The Pistons, who have won two straight, took their first 26-point lead on Stanley Johnson's three-point play midway through the second. They matched it several times in the third, the last coming in the final minute when Ish Smith's layup made it 103-77.

TIP-INS
Pistons: Griffin began the night with 273 points, the most for a Detroit player through 10 games since Jerry Stackhouse had 277 in 2000-01. ... Detroit had seven players in double figures. ... . ... G Reggie Bullock finished with 13 points and four assists in 23 minutes. He returned against Orlando and had one point and four assists in 18 minutes after missing the previous two games with an ankle sprain. ... The Pistons hit 12 free throws, 18 less than Atlanta, and had their 19 attempts were 21 less.
Hawks: The state of the organization could be summed by the loudest cheer of the night, which came midway through the fourth when Drummond missed two free throws to guarantee fans a promotional card for a free chicken sandwich. ... Alex Poythress had four fouls in six minutes of the first half and spent the rest of the game on the bench. ... Kevin Huerter returned to the team after missing Wednesday's loss to New York for personal reasons and had two points in 29 minutes.

NEW DESIGN
The court and the Hawks' uniforms had a new color combination with the standard white -- black trim with gold numbers and letters -- to acknowledge their 50th year in the city.

UP NEXT
Pistons: Host Charlotte on Sunday.
Hawks: At the Los Angeles Lakers on Sunday.