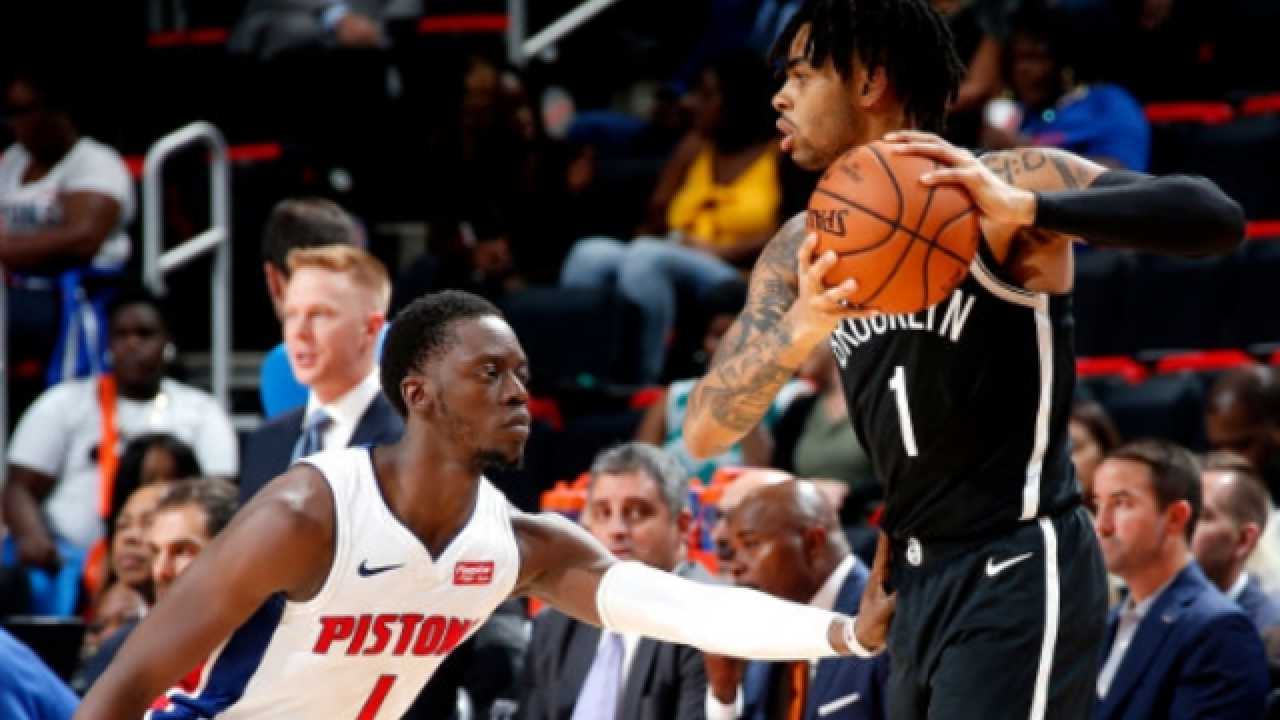 DETROIT (AP) -- Brooklyn's Allen Crabbe left less than 3 minutes into the game with a sprained left ankle. X-rays were negative.

Reggie Bullock missed his first eight shots for Detroit, but got a layup -- off an assist by Andre Drummond -- to fall in the final seconds and force overtime. Drummond tried to send the game to potentially a second overtime, but missed from the left side of the lane with about 3 seconds left in overtime and lobbied unsuccessfully for a foul call.

NETS: D'Angelo Russell led the way with 25 points. Caris LeVert and Jarrett Allen each scored 17.
PISTONS: Langston Galloway scored 24 points and Blake Griffin finished with 17, on a night in which Drummond had a 14-point, 10-rebound double-double -- but missed 15 of his 21 shots.

UP NEXT: Brooklyn (1-1) plays Toronto on Wednesday in Montreal. Detroit (1-2) hosts Washington on Wednesday.