Detroit's Blake Griffin has bone bruise, to be evaluated in a week 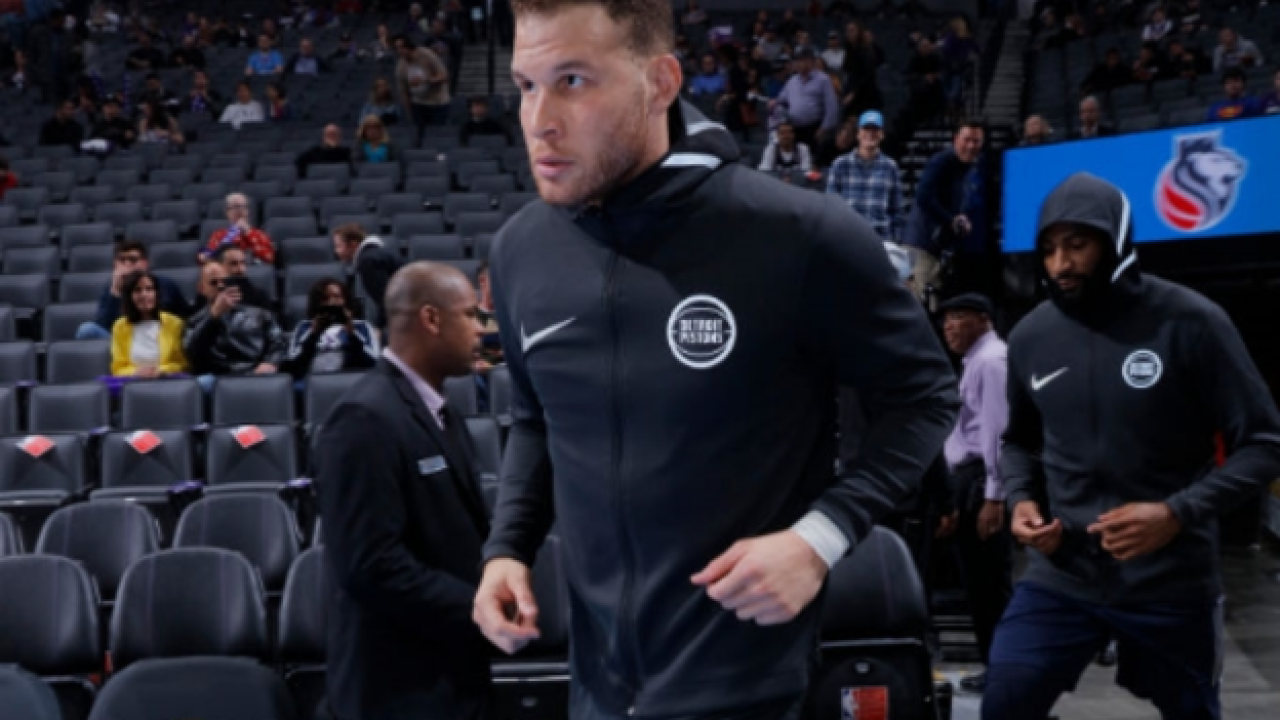 Copyright Getty Images
Rocky Widner
<p>SACRAMENTO, CA - MARCH 19: Blake Griffin #23 of the Detroit Pistons runs onto the court prior to the game against the Sacramento Kings on March 19, 2018 at Golden 1 Center in Sacramento, California. Mandatory Copyright Notice: Copyright 2018 NBAE (Photo by Rocky Widner/NBAE via Getty Images)</p>

DETROIT (AP) -- The Detroit Pistons say star forward Blake Griffin has a bone bruise on his right ankle and will be evaluated again in a week.

Griffin was scratched from Thursday night's win over Washington and had an MRI that night. The Pistons say a timetable for his return will be provided "as appropriate" -- Detroit's playoff chances are slim, and the regular-season finale is April 11.

The Pistons acquired Griffin in January in a blockbuster trade with the Los Angeles Clippers. Detroit is five games behind Milwaukee for the final postseason spot in the Eastern Conference.