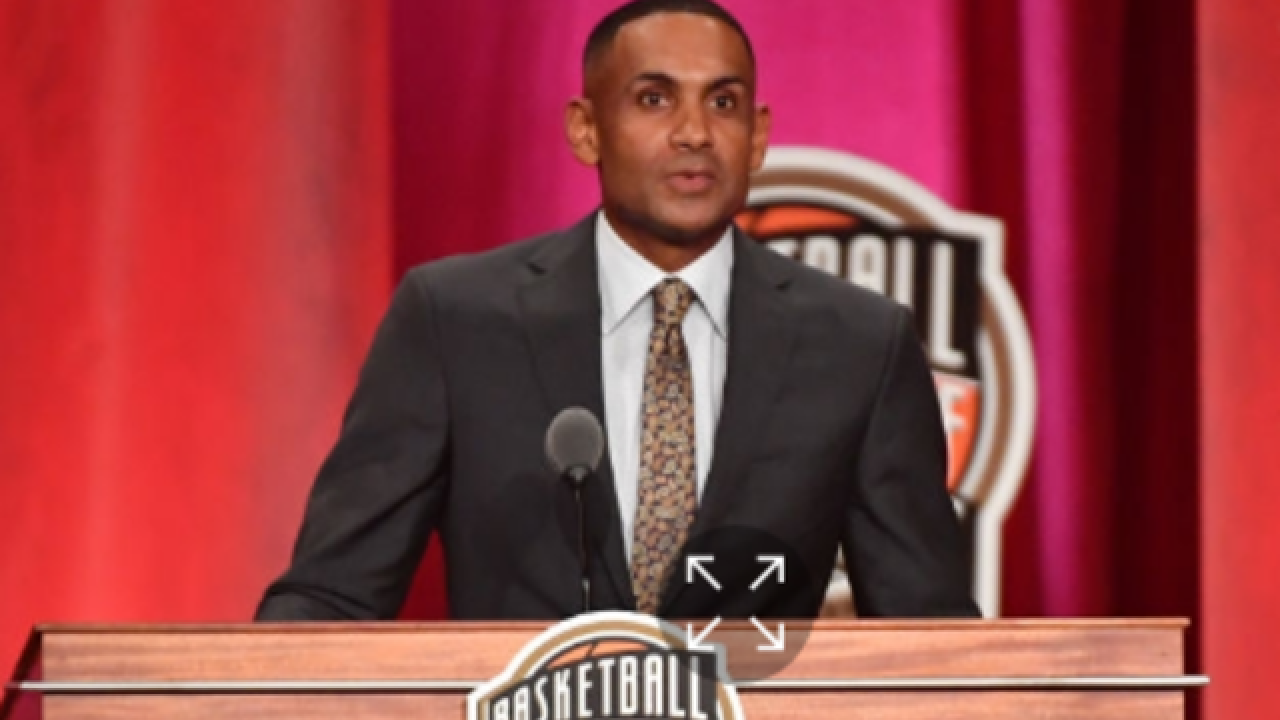 SPRINGFIELD, Mass. (AP) -- Grant Hill made sure in his Hall of Fame induction speech to thank the doctors who kept getting him back on the court.

Hill had a 19-year NBA career before he finally retired at the age of 40 in 2013. He missed the entire 2003-04 season with an ankle injury and played fewer than 50 games in a half-dozen other seasons. But he made seven All-Star teams to go with a pair of NCAA championships at Duke and an Olympic gold medal.

The son of former Dallas Cowboys running back Calvin Hill thanked his parents and college coach Mike Krzyzewski, a 2001 inductee. Hill is the first Duke player to be enshrined in the hall, and he said: "I might be the first Duke ballplayer in the hall of fame, but I can promise you I won't be the last."