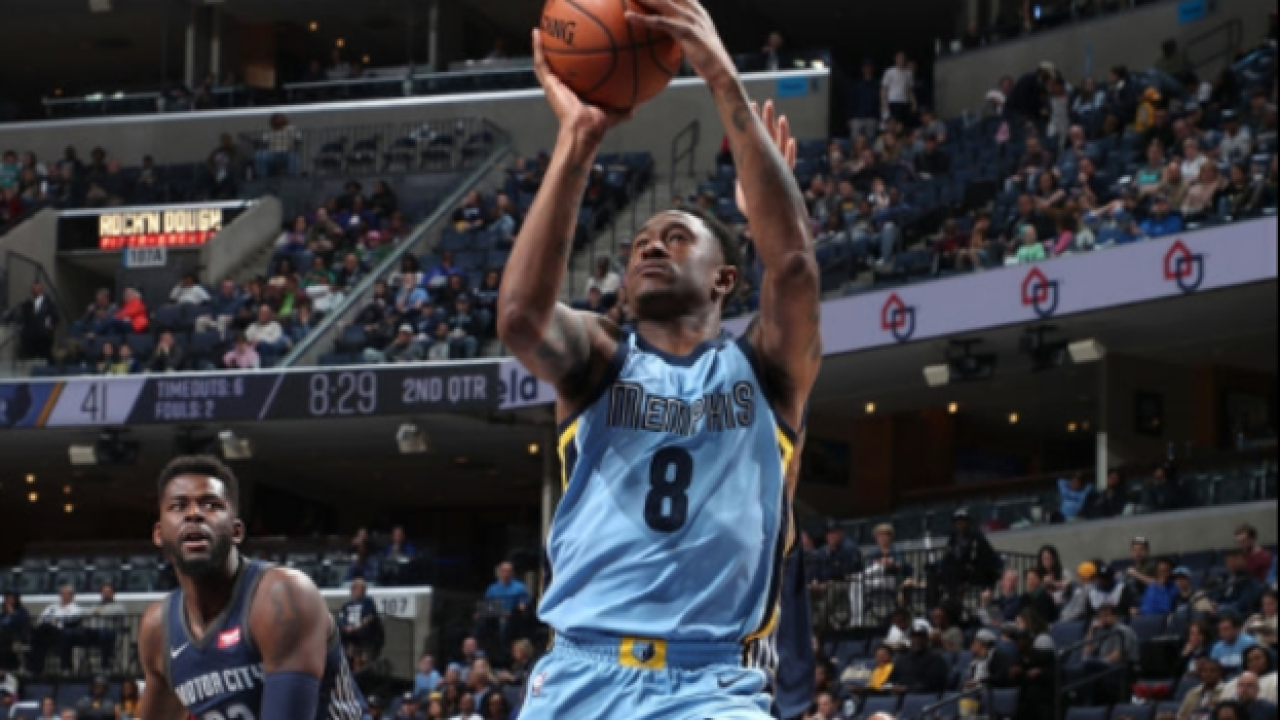 Anthony Tolliver led the Pistons with 19 points, and Luke Kennard added 18, including making all four of his shots from outside the arc. Henry Ellenson had a career-high 17 points.

The game featured 3-point sprees from the two teams -- both reaching season highs on made shots from beyond the arc. Memphis made 16 from outside the arc; the Pistons made 23, the highest by a Grizzlies opponent this season.

Memphis, in its home finale, led by double digits the bulk of the fourth quarter. Detroit got closer than nine points only once in the final 7 minutes.

Memphis built the lead to 20 points in the second quarter, but the Pistons cut it in half with an 18-8 burst, a rally that would eventually extend to 24-8.

Memphis still held a 62-56 lead at the break Dillon Brooks had 13 points for Memphis, while Tolliver and Kennard registered 10 apiece for the Pistons.

TIP-INS
Pistons: F Blake Griffin missed his sixth straight game with a right ankle bone bruise. ... F James Ennis, traded to Detroit from the Grizzlies in a trade deadline deal, received a warm ovation when he entered the game in the first quarter. ... Had 12 3-pointers in the first half, including seven in the second quarter. Starting the third quarter, 17 of their 26 field goals had come from outside the arc. ... Ellenson's previous career high was 15 points on April 7, 2017, at Houston.
Grizzlies: Ben McLemore started the game 4-4, including a trio of 3-pointers, and finished with 13 points. ... The 130 points was a season-high for Memphis. ... Also handed out a season-high 36 assists.