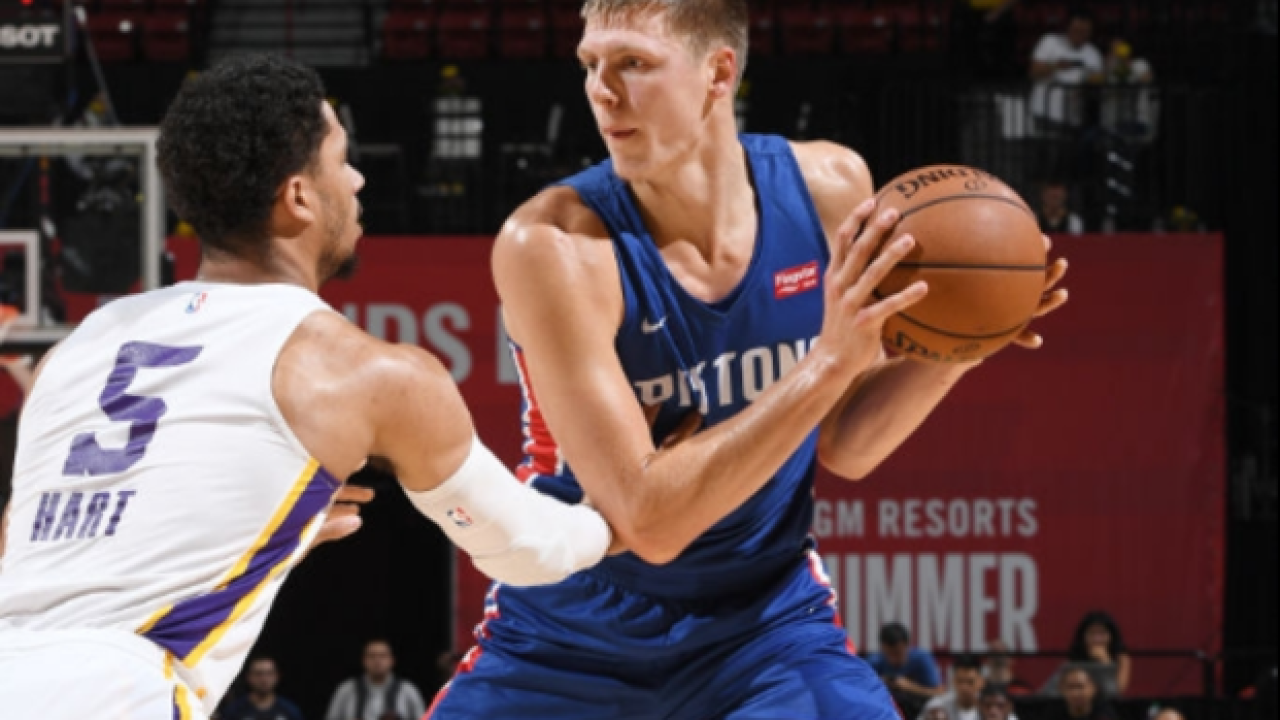 With James in attendance , the defending NBA Summer League champions cruised back into the semifinals, beating the Detroit Pistons 101-78 on Sunday.

Second-round pick Svi Mykhailiuk scored 19 points and Josh Hart added 18 for the Lakers, who shot out to a 33-14 lead after one quarter inside UNLV's Thomas & Mack Center.

Former lottery pick Henry Ellenson finished a solid stint in Las Vegas with 22 points for the Pistons (3-3). Second-round pick Bruce Brown added 11 but was a woeful 3 for 17 from the field, missing all six 3-pointers.

James wore gold Lakers shorts in watching the Lakers improve to 5-0. He left as his former team, the Cleveland Cavaliers, were preparing for their quarterfinal game against Toronto.

The Cavaliers won that game and will meet the Lakers in the semifinals on Monday.