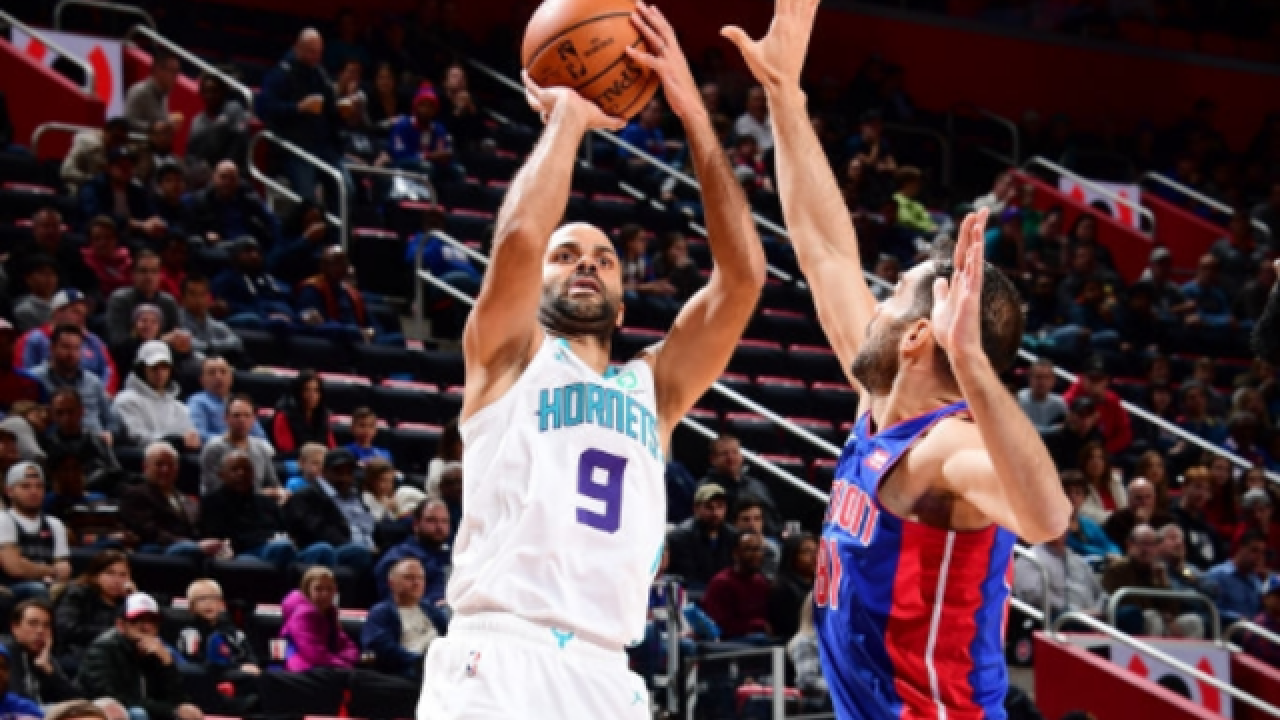 Andre Drummond had 23 points and 22 rebounds for the Pistons, and Reggie Bullock had a career-high 23 points, hitting six 3-pointers. Detroit has lost six of eight after a 4-0 start.

Detroit's Blake Griffin was given a flagrant-2 foul and ejected with 7:06 to play for a shoulder check on Malik Monk.

The Hornets started the third quarter with a 10-2 run to go ahead 61-51, and only 12 points from Bullock in the quarter kept Detroit within eight going into the fourth. Walker had nine points in the quarter and Charlotte went 6 of 8 on 3-pointers.

Charlotte also jumped on the Pistons at the beginning of the fourth. The Hornets scored the first eight points to take a 16-point lead. Charlotte rookie Miles Bridges, who played at Michigan State, delighted a huge group of friends and family with an uncontested windmill dunk to make it 95-77 with 8:51 left.

TIP INS
Hornets: Michael Kidd-Gilchrist left early in the second quarter with a sprained right ankle and did not return. Kidd-Gilchrist had 12 points and 12 rebounds in a 133-132 overtime loss at Philadelphia on Friday night.
Pistons: Drummond's 20-20 game was the 25th of his career and his 301st double-double. He leads both categories since he joined the NBA in 2012-13.

UP NEXT
Hornets: At Cleveland on Tuesday night.
Pistons: At Toronto on Wednesday night.