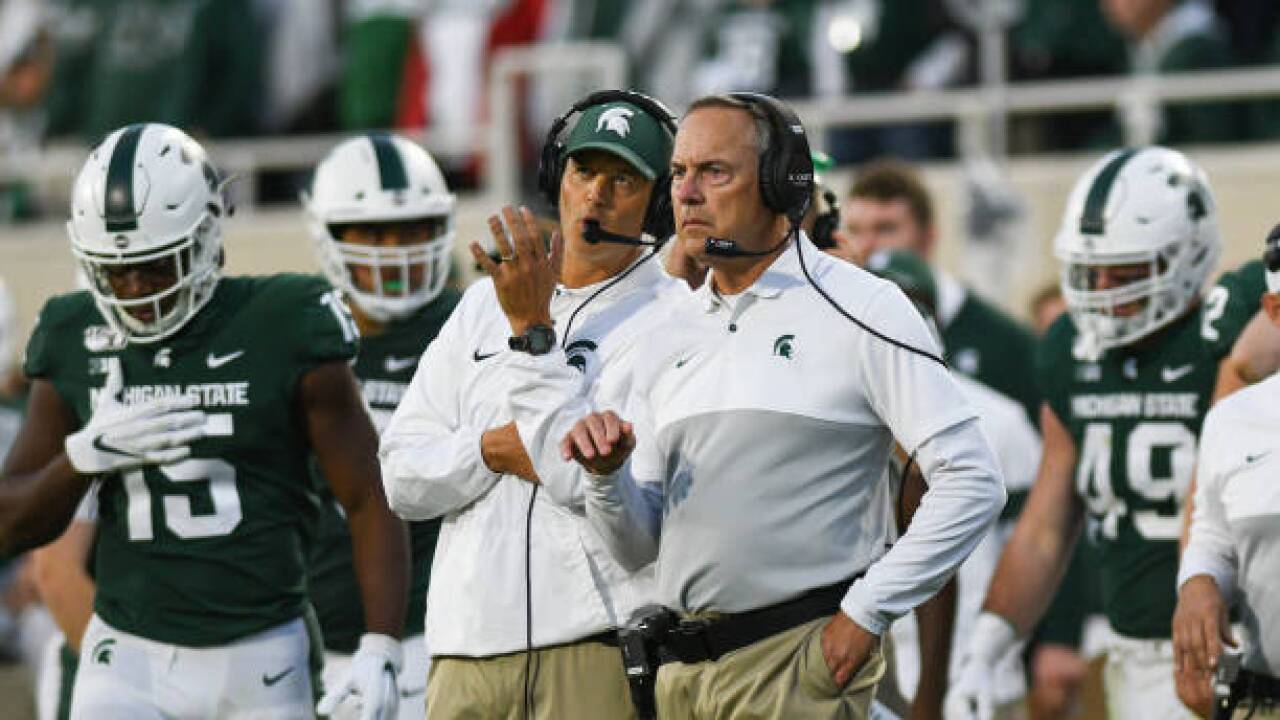 This is not an easy year to be an offensive coordinator in the Big Ten.

Brad Salem, who fills that role for Michigan State, had to face one of the nation's top defenses last week against Ohio State. This week, he has a similar challenge against Wisconsin.

"They're both very good defenses, top in the country, and so there'll be a physicality to them, like there always has been," Salem said. "You see the intensity and how they play, and stat-wise, they're leaders in the country in almost every category."

It's not just Ohio State and Wisconsin. The top four teams in the FBS in scoring defense are all from the Big Ten, with Penn State and Iowa in that group along with the Badgers and Buckeyes. Move over to the yards-based total defense stat, and those same teams occupy four of the top five spots.

Yes, those stats can be skewed by easy schedules, but advanced metrics tell a similar story. In the SP+ stat published at ESPN.com -- which adjusts for tempo and opponent -- Ohio State has the No. 3 defense in the country, Wisconsin is No. 4 and Iowa is No. 9. And the defenses at Michigan (No. 2), Michigan State (No. 6) and Northwestern (No. 8) are also highly regarded by SP+.

It's enough to make you wonder if Michigan's 10-3 win over Iowa last weekend may become the norm when the conference's top teams face each other.

That Michigan-Iowa battle involved a couple struggling offenses, and there's little reason to think that teams like Ohio State and Penn State will be shut down in similar fashion, but it appears that most of the top contenders in the Big Ten can boast a stout defense.

Two of those defenses will be on display this weekend when No. 17 Iowa hosts No. 10 Penn State. The Nittany Lions had 10 sacks last weekend in a win over Purdue. Iowa allowed eight in its loss to Michigan.

"The negative yardage plays are always going to affect you and part of that was our lack of execution, maybe part of that's Michigan, being a really athletic, aggressive defensive team," Iowa coach Kirk Ferentz said. "But that being said, we are looking at the same kind of opponent this week. Penn State has got great athletes and they play hard and can be very disruptive, too."

Michigan State coach Mark Dantonio can surely relate to that tough schedule. The Spartans lost 34-10 at Ohio State last weekend. Michigan State's defense held the Buckeyes to their lowest point total of the season, and the Spartans still didn't come close to winning. Ohio State's Chase Young had a half-sack, bringing his season total to 8 1/2.

Down 27-10 at halftime, Michigan State put together a nice drive and had first-and-goal at the Ohio State 14-yard line. The Spartans stalled and missed a short field goal. That's been a real strength for the Buckeyes -- they rank third in the country in red zone defense.

"If you can be the kind of defense that holds an opponent to three points and not touchdowns, that's a huge boost," Ohio State co-defensive coordinator Greg Mattison said. "And that goes all the way through your team, and that's why we've worked very, very hard on that part of it."

Now Michigan State goes up against a Wisconsin team that already has three shutouts in five games -- and is fourth in the nation in red zone defense. Zack Baun has six sacks on the season, one of three Wisconsin linebackers with at least three.

Like with so many of the Big Ten's top teams, finding a defensive weakness isn't easy.

"You're not sitting there saying, `OK, here is this particular guy and he's the only guy they have.' I think they operate very well together," Dantonio said. "They are very well tied together. You can tell it's team defense. They have a lot of guys making a lot of plays and they are bringing people from every direction at times."