Bill Laimbeer looking for more consistency from his WNBA-favorite Aces 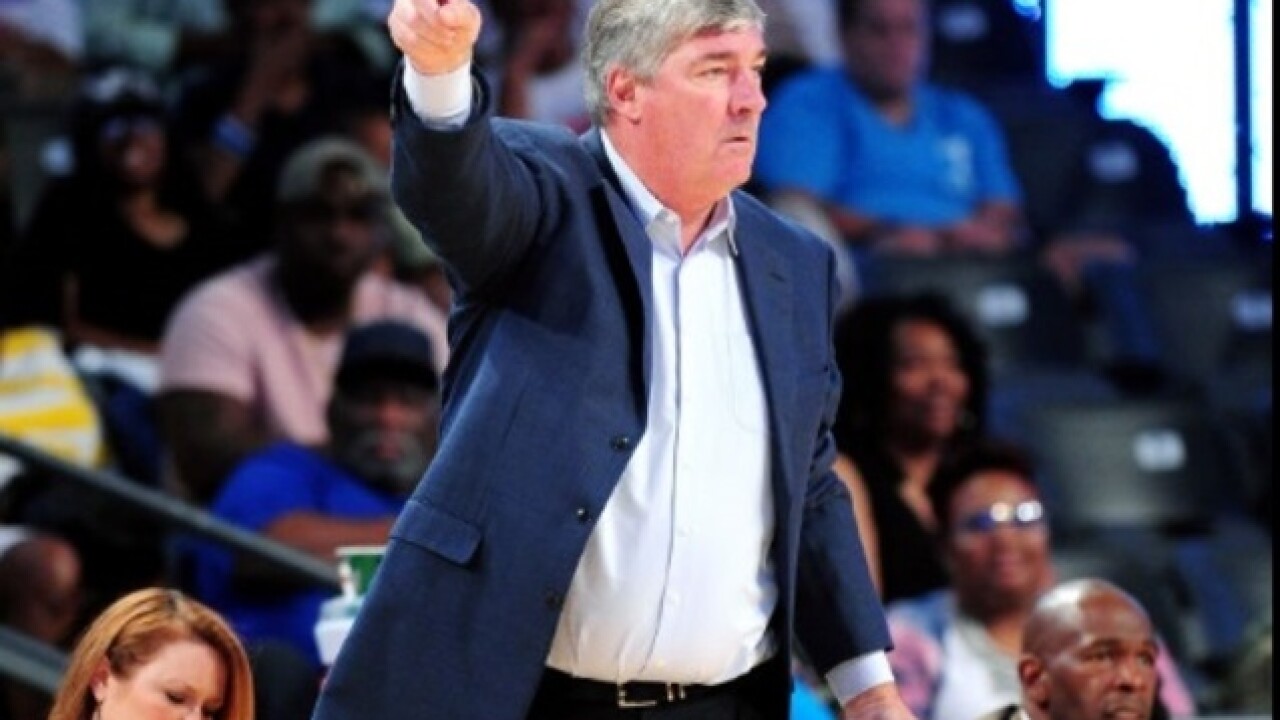 Copyright Getty Images
<p>ATLANTA, GA - AUGUST 11: Bill Laimbeer of the New York Liberty calls out to his team during the game against the Atlanta Dream during at WNBA game on August 11, 2017 at Hank McCamish Pavilion in Atlanta, Georgia. NOTE TO USER: User expressly acknowledges and agrees that, by downloading and/or using this Photograph, user is consenting to the terms and conditions of the Getty Images License Agreement. Mandatory Copyright Notice: Copyright 2017 NBAE (Photo by Scott Cunningham/NBAE via Getty Images)</p>

(AP) — Bill Laimbeer knows expectations are high for his Las Vegas Aces, who were picked to win the WNBA championship in the preseason poll of the league’s general managers.

But before the veteran coach concerns himself with winning titles, he would like to see his young team learn how to consistently win games.

“We need leadership, we need to understand how hard we have to play in this league every day and we’ll be OK,” he said after a loss to New York. “Until that happens we’ll be like this. They are young and learning. Same things keep creeping up. All those little things a quality team can’t do.”

Offseason acquisition Liz Cambage is still working her way back from a foot issue that sidelined her during the winter and prevented her from playing overseas. Laimbeer said the 6-foot-8 Australian is playing more and should be around 25 minutes a game soon. He doesn’t think she’ll have to play consistently over 30 minutes a game this season.

POWER POLL: A look at this week’s WNBA poll:

1. Connecticut (5-1): Sun are off to another strong start and Jonquel Jones has been a huge reason why, averaging 17 points, 13 rebounds and 3.2 blocks.

2. Washington (4-1): The Mystics have had balance on offense, taking some of the offensive load off Elena Delle Donne. That’s kept the 6-5 Delle Donne fresh physically and mentally in the early part of the season.

3. Minnesota (4-2): The Lynx will look to fill the void with the loss of rookie Jessica Shepard to an ACL injury in her right knee in their last game. She was averaging 4.8 points, 5.7 rebounds and 3.5 assists this season.

4. Los Angeles (3-2): Sparks return home after a four-game road trip to face New York and Washington. Chelsea Gray has been one of the major keys to LA’s success during the early part of the season.

5. Phoenix (2-2): Mercury finish off a three-game road trip in Chicago on Tuesday, looking for consecutive wins for the first time this season.

6. Indiana (3-2): The young Fever won three of their first four games for the first time since 2012 when they went on to win the WNBA championship.

7. Seattle (3-3): The Storm should have coach Dan Hughes back soon as his battle with cancer is going well .

8. Las Vegas (2-3): The Aces have nearly a week to rebound from their loss to New York, playing the Liberty at home on Friday. It also gives Liz Cambage more time to get stronger and more comfortable with her new team.

10. New York (1-4): The Liberty snapped a 17-game losing streak with a win over Las Vegas. New York will try and put together consecutive wins when it hosts Minnesota to close out the four-game homestand.

11. Atlanta (1-4): The Dream are struggling to find consistency on both ends of the floor. They don’t play until Saturday, so have some time to try and figure it out.

12. Dallas (0-4): The Wings are still looking for their first win under new coach Brian Agler. They have three straight home games now to try and get it.

PLAYER OF THE WEEK

The Minnesota Lynx retired the jersey of star point guard Lindsay Whalen on Saturday before a loss to rival Los Angeles. Whalen, who finished up her first year as coach of her alma mater Minnesota, was instrumental in the Lynx winning four championships.

“I am so excited to join the New Orleans Pelicans as Vice President of Basketball Operations/Team Development,” said Cash. “I want to extend my sincere gratitude to Mrs. (Gayle) Benson, David Griffin and the Pelicans organization for the opportunity to serve in a leadership role in the front office.

“I will use my experience as a professional athlete in the WNBA, vice president of the WNBPA, businesswoman and philanthropist, along with the knowledge I’ve gained as a front office executive, to cultivate the organization’s basketball culture on the court and in the community.”

GAME OF THE WEEK

Mystics at Sun, Tuesday. The top two teams in the standings square off for the second time this season. This time around Washington will have Elena Delle Donne, who missed the opener with knee soreness.