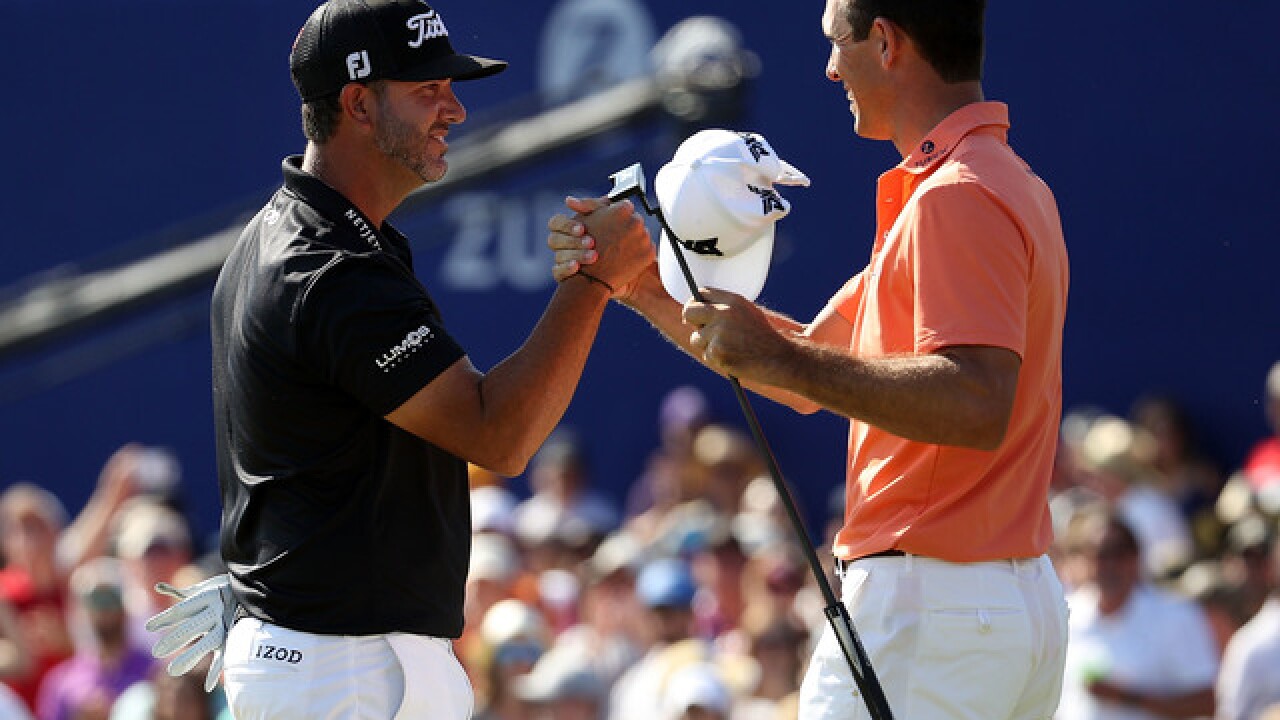 Copyright Getty Images
Chris Graythen
<p>AVONDALE, LA - APRIL 29: Billy Horschel reacts with teammate Scott Piercy on the 18th hole after putting in to win during the final round of the Zurich Classic at TPC Louisiana on April 29, 2018 in Avondale, Louisiana. (Photo by Chris Graythen/Getty Images)</p>

Horschel became a two-time winner at TPC Louisiana. He captured his maiden PGA Tour triumph at the 2013 Zurich Classic when it was a traditional every-man-for-himself event.

Horschel and Piercy surged into the lead with birdies on the 10th and 11th holes. They followed that with seven pars to hold off Jason Dufner and Pat Perez by a stroke. Dufner had a 14-foot putt for the tie on 18, but left it a foot short.

This was the second year of the Zurich's switch to a two-player team format.