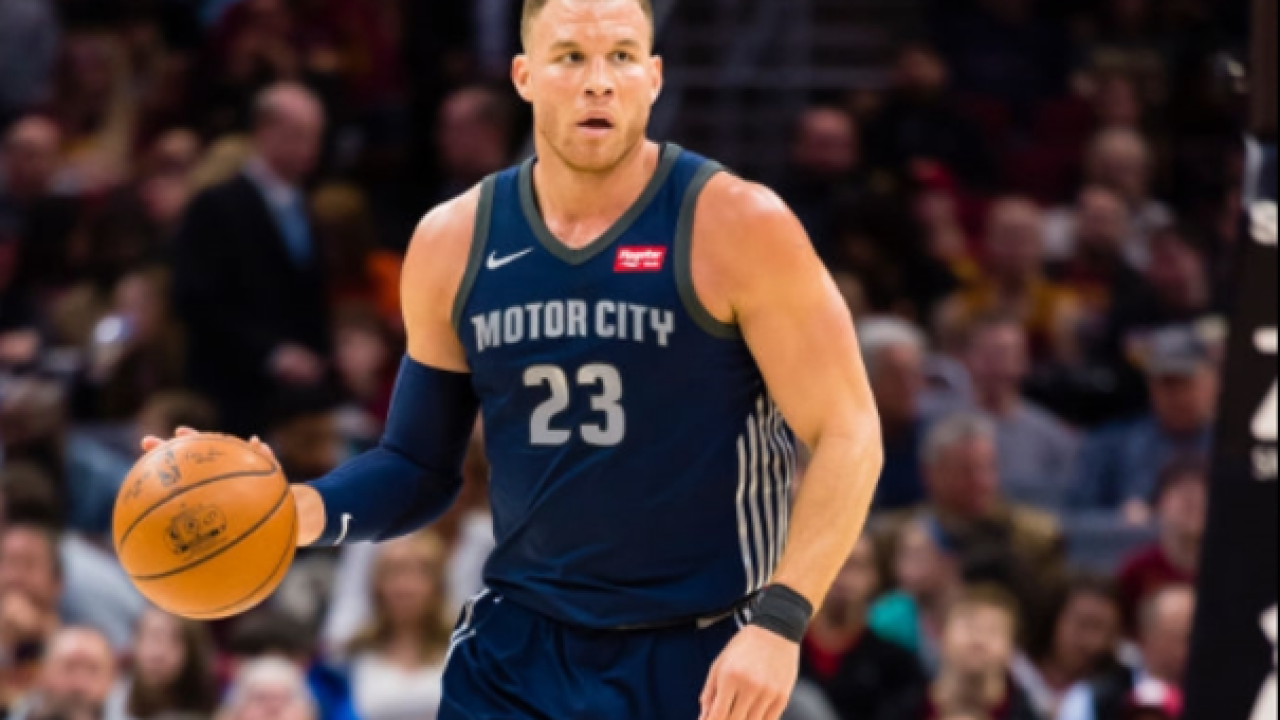 Copyright Getty Images
Jason Miller
<p>CLEVELAND, OH - MARCH 5: Blake Griffin #23 of the Detroit Pistons takes the ball down court against the Cleveland Cavaliers during the first half at Quicken Loans Arena on March 5, 2018 in Cleveland, Ohio. NOTE TO USER: User expressly acknowledges and agrees that, by downloading and or using this photograph, User is consenting to the terms and conditions of the Getty Images License Agreement. (Photo by Jason Miller/Getty Images)</p>

NEW YORK (AP) -- Giannis Antetokounmpo and James Harden were unanimous selections to an All-NBA team that could mean big payoffs for Damian Lillard and Kemba Walker.

Both of those guards were voted to one of the three teams announced Thursday, making them eligible for supermax contract extensions from their teams.

LeBron James also was voted to the third team, tying the NBA record with his 15th All-NBA selection.

Rounding out the first team were Stephen Curry, Paul George and Nikola Jokic.

Walker was voted a third-team selection to the All-NBA team and is eligible to receive a five-year contract extension worth about $221 million from the Hornets if he opts to stay in Charlotte. Lillard, a second-team selection, can get more than $190 million over four years with a new contract in Portland.

The three All-NBA teams were voted on by a panel of sports writers and broadcasters, with two guards, two forwards and a center selected for each of the three teams.