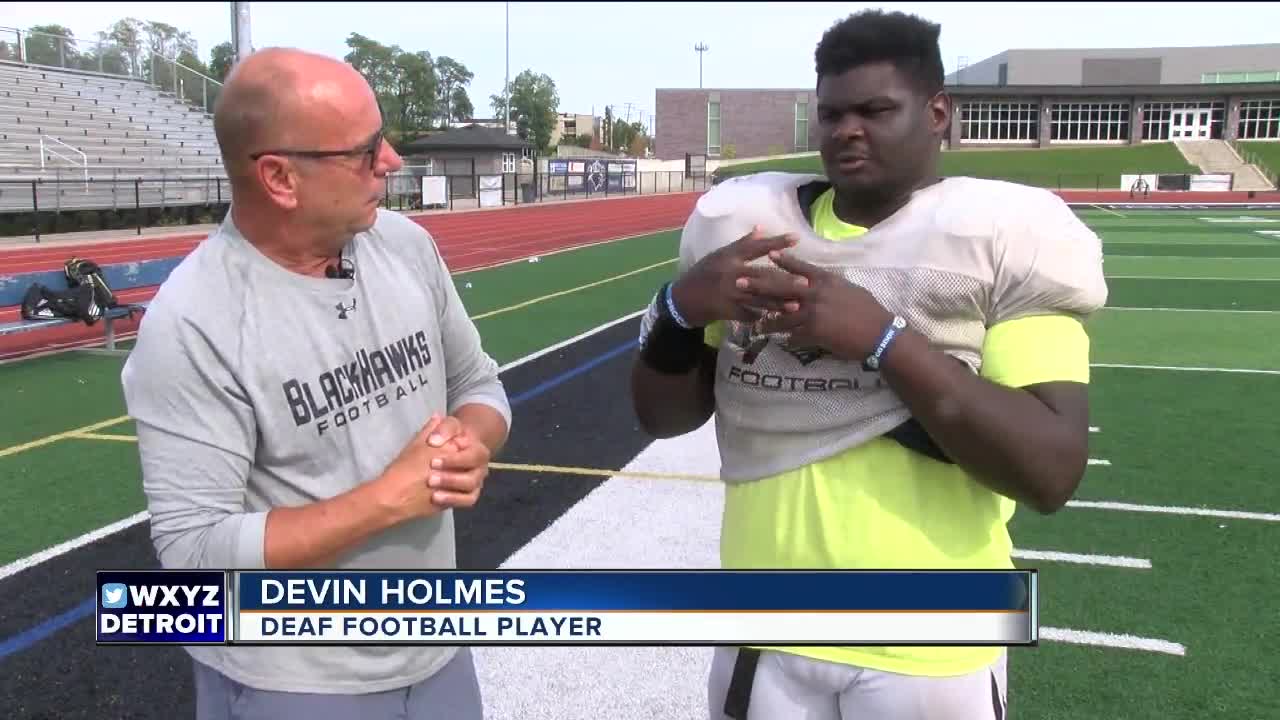 Devin Holmes, a football player who is deaf, is shining on and off the field at Bloomfield Hills.

BLOOMFIELD HILLS (WXYZ) — We’re all familiar with the thunderous sounds of football.

But while we hear this, senior Devin Holmes hears the game a bit differently, not at all.

The sound barrier in such a noisy sport is not much of a barrier at all. In fact multiple teammates have taken extra classes to learn to sign with Devin, and as it turns out, these kids are learning much more than X’s and O’s on the field.

“I think that it’s the greatest thing in the world that these kids over look that, fight through it and want to play football, so with us, practice doesn’t slow down, Al does a tremendous job, he knows football, if we’re yelling, he’s yelling as he’s messaging the kids so we don’t lose a beat,” Bloomfield Hills head coach Dan Loria added.

You can tell that Devin makes a profound impact on his teammates just be being around them. Coaches say his work ethic and drive made him an easy choice to be captain.

“He was probably one of the easiest selections as captain, not able to verbally communicate, he makes sounds of enthusiasm, sounds when he’s upset, works his tail off and the kids just relish around him,” Loria said.

“I’ve been playing football for a long time and it’s been a challenge for me at first, but I keep trying and I’ve learned a lot and experienced a lot, and I’m getting older now and I really understand how the game works and been working really hard all the time and I just go on with it,” Devin signed.

Devin’s journey does not stop here he’ll be going to Gallaudet University in Washington D.C. it’s an all-deaf school, where he’ll pursuit a teaching degree as well as continue to pursuit his love for the game of football.