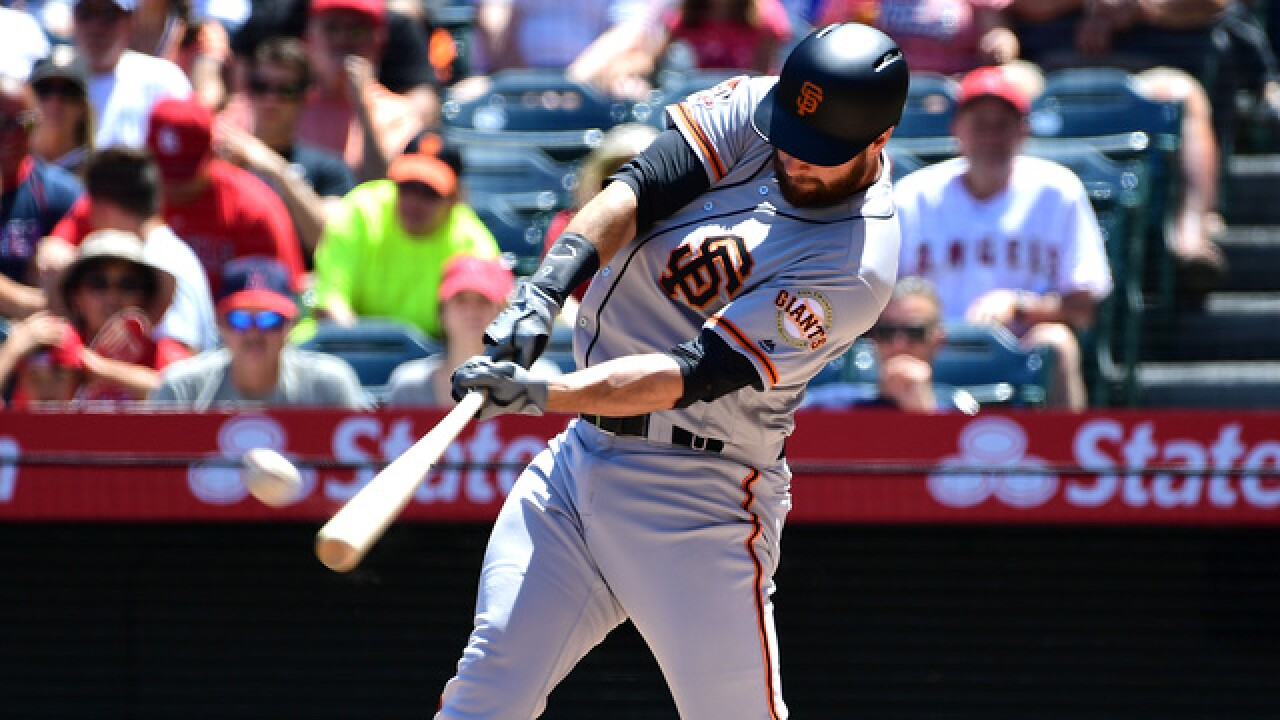 Copyright Getty Images
Jayne Kamin-Oncea
<p>ANAHEIM, CA - APRIL 22: Brandon Belt #9 of the San Francisco Giants flys out after setting a new MLB record with a 21 pitch at bat in the first inning of the game off starting pitcher Jaime Barria #51 of the Los Angeles Angels of Anaheim at Angel Stadium on April 22, 2018 in Anaheim, California. (Photo by Jayne Kamin-Oncea/Getty Images)</p>

ANAHEIM, Calif. (AP) -- Brandon Belt hung in for an epic 21-pitch at-bat before flying out, but later homered to lead Johnny Cueto and the San Francisco Giants over the Los Angeles Angels 4-2 on Sunday.

Belt fouled off 11 straight pitches from rookie right-hander Jaime Barria in the first inning in the majors' longest at-bat since records began in 1988. The previous high of 20 pitches in a plate appearance since 1988 was when Houston's Ricky Gutierrez struck out against Cleveland's Bartolo Colon on June 26, 1998, according to Retrosheet.

In all, the left-handed Belt peppered the crowd with 16 foul balls his first time up. He hit two long fouls down the right-field line before lining out to right fielder Kole Calhoun, ending an at-bat the Giants said lasted 12 minutes, 45 seconds.

It took nine pitches for Belt to work the count full, as he fouled off five pitches in the process. He swung and missed just once, and was greeted with high-fives when he returned to the dugout.

Angels pitching coach Charles Nagy made a mound visit to check on Barria (1-1) after Belt batted. Barria had thrown nine pitches to Joe Panik, who hit a leadoff single, before throwing 21 to Belt.

Belt singled and scored in the third and launched a leadoff homer to right against Blake Parker in the fifth. Belt saw a total of 38 pitches in his first three at-bats, then hit the first pitch his last two times up.