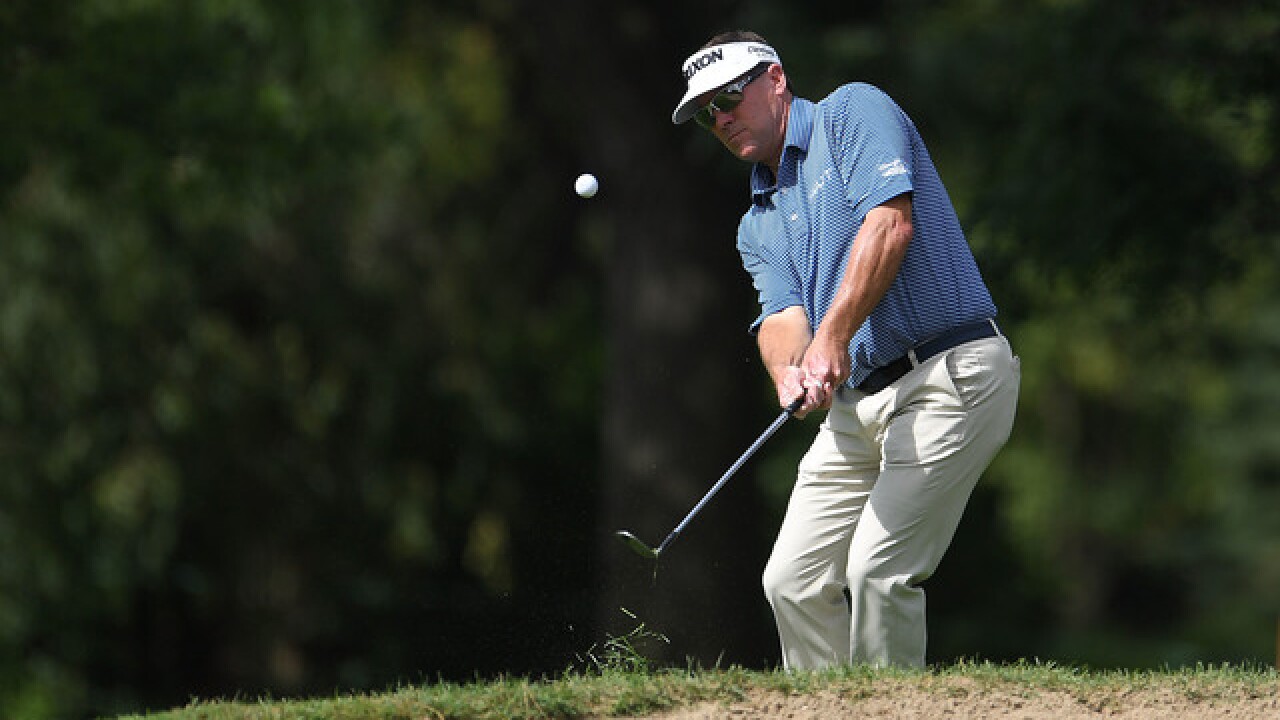 GRAND BLANC, Mich. (AP) -- Brandt Jobe capped a fast start with an eagle in tour golf's return to Warwick Hills and shot a 7-under 65 on Friday to take the first-round lead in The Ally Challenge.

Coming off a break since the Senior British Open, Jobe played his first seven holes in 6 under, making the eagle on the par-5 16th.

"I've had a lot of weeks off," Jobe said. "Always expect to come back a little rusty. Today was good, ball-striking was really good, made a few putts, hit a lot of fairways and a lot of greens and kind of made it easy on myself."

A six-time winner on the Japanese tour, he won last year in Iowa for his lone PGA Tour Champions title.

"The course is good. It's in great shape," Jobe said. "It's like we remember. It's tight and running and it's getting good. If it gets a little firm, it's going to get even more difficult."

Vijay Singh, a three-time winner at Warwick Hills in the PGA Tour's defunct Buick Open, was a stroke back with Jeff Maggert and Esteban Toledo. Tiger Woods won the last Buick Open in 2009.

"The course is the same as it was," Maggert said. "It's a great course. The greens have always been some of the best greens we ever putted and that's why you see a lot of low scores here."

"It was really a beautiful day, a gorgeous day for golf," Lehman said. "Almost no wind, greens are perfect, so it is just like I remember. The course played beautifully. It's nice to be back here and support the community. To go back to places you know so well and enjoy so much is a great thing."

John Daly withdrew on his ninth hole because of a neck and shoulder problem. He was 5 over for the eight holes he completed.