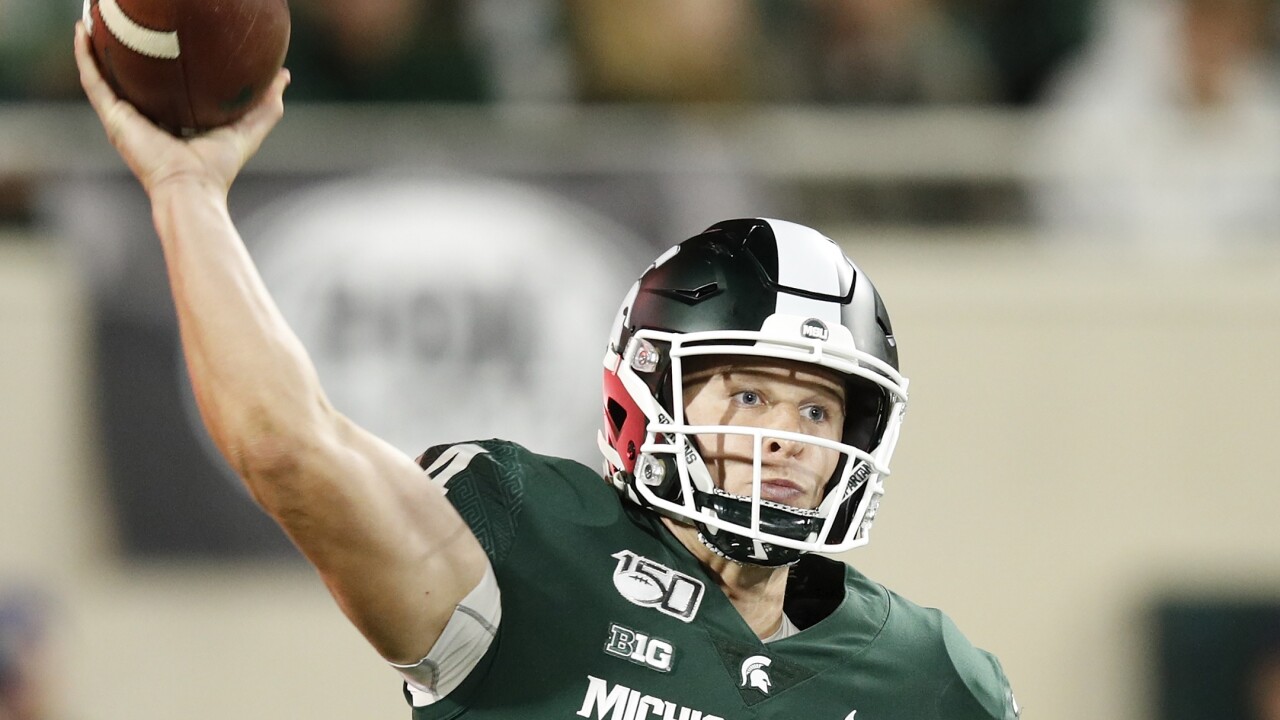 EAST LANSING, Mich. (AP) -- Darrell Stewart had 10 catches for 185 yards, and No. 19 Michigan State's maligned offense scored touchdowns on its first three drives on the way to a 51-17 win over Western Michigan on Saturday night that gave coach Mark Dantonio a share of the school record for victories.

Dantonio won his 109th game for the Spartans, matching Duffy Daugherty's mark. Michigan State (2-0) looked a lot sharper on offense than in its opener against Tulsa. Brian Lewerke threw for 314 yards and three touchdowns, and Elijah Collins had 192 yards on 17 carries.

"We had 31 first downs. That's a lot of first downs," Dantonio said. "We had big plays and we were scoring points."

Dantonio called his team out during the week for its uneven performance in the opener, and the Spartans appeared to get the message. On the first offensive play, Lewerke found an open Stewart for a 33-yard gain. Michigan State opened the scoring on a 2-yard pass from Lewerke to Matt Dotson after only 94 seconds.

La'Darius Jefferson added a 2-yard touchdown run, and Stewart scored on a 42-yard reception later in the first quarter to make it 21-0.

WMU (1-1) scored in the second quarter on a 14-yard pass from Jon Wassink to Giovanni Ricci, but the Broncos were down 31-7 at halftime.

"Obviously, a frustrating day," WMU coach Tim Lester said. "There were some bright spots out there but not enough of them."

The second half belonged to Collins, a redshirt freshman who broke free for a 58-yard run early in the third quarter. By game's end, Michigan State had reached its highest point total since a 55-16 win over Penn State in 2015.

WMU: The Broncos had problems in coverage and let Stewart get free too many times. WMU forced two turnovers in the second quarter -- and one of those gave the Broncos the ball at the Michigan State 17 -- but did not score after either one.

Michigan State: This was a good response by the Spartans after their coach's dissatisfaction. The only real issue for Michigan State was the aforementioned turnovers. The Spartans lost an interception and a fumble in the first half but weren't punished. Michigan State cut down significantly on penalties. After 14 in the opener, the Spartans had only two Saturday.

No issues for Michigan State this week. The Spartans took a step forward offensively, and that was their biggest concern.