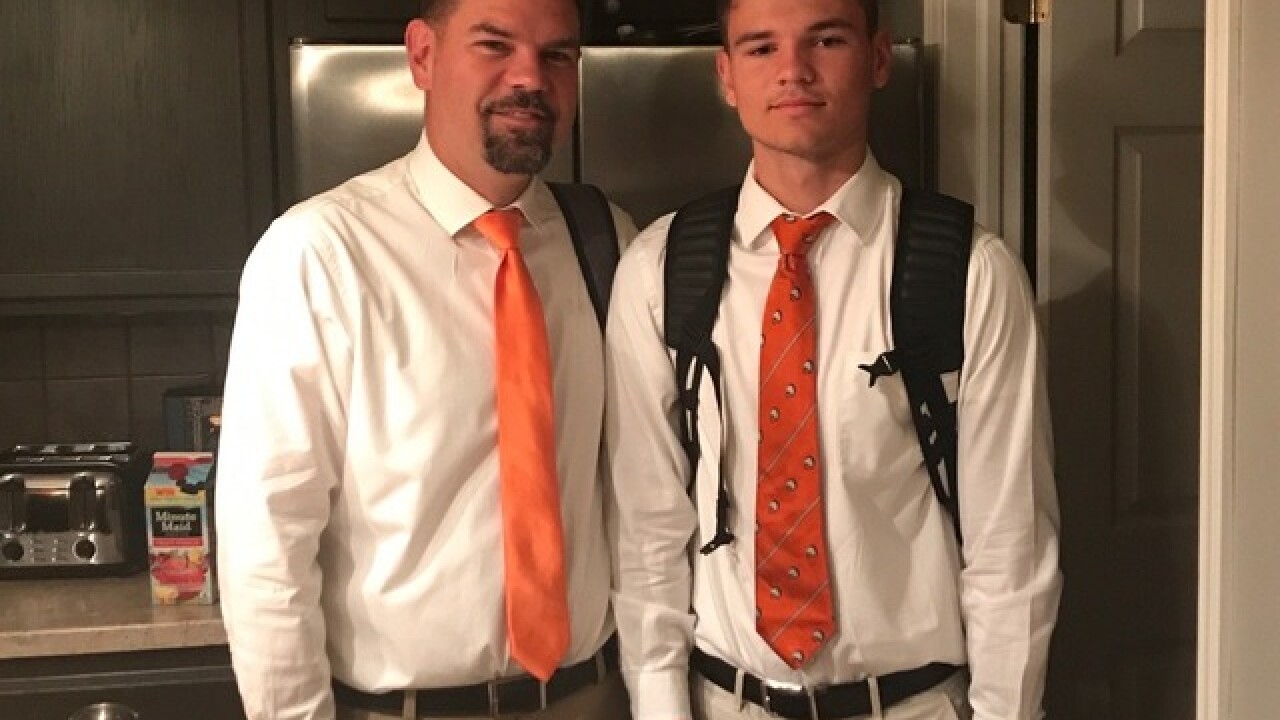 (WXYZ) -- The family of Brother Rice quarterback Greg Piscopink is asking for support after Greg and his father were involved in a car accident.

While Greg was largely uninjured, his father suffered significant injuries and is currently in intensive care in Detroit.

Piscopink's dad broke both ankles and legs, his pelvis, an arm, shoulder, his jaw, and bones in his face.

"Brother Rice has been showing a ton of support," the quarterback said before Friday's season opener. "They've just been here for me and it means so much."

Piscopink told WXYZ's Brad Galli he was dedicating the game to his father.

"I've been thinking about this since it happened. I wanna dedicate this to my dad. He means so much to me," he said.

"When he wakes up from his coma, I'm gonna tell him this was all for him."