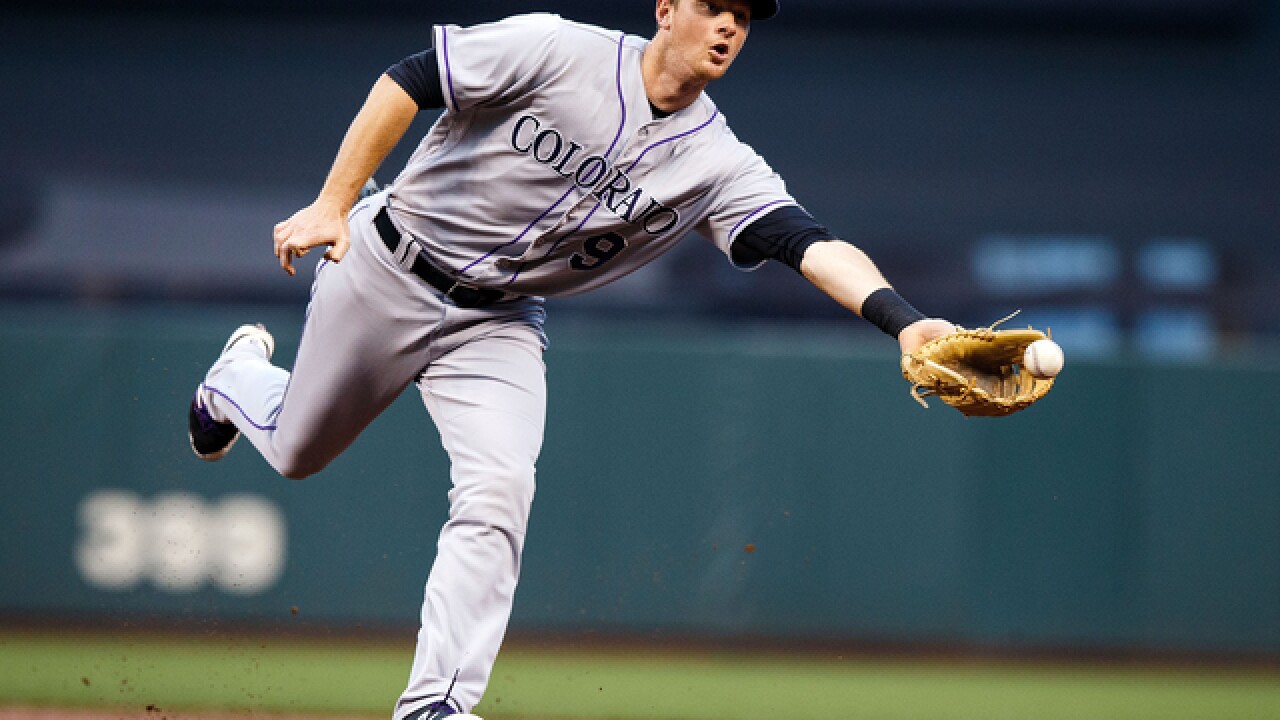 Copyright Getty Images
Jason O. Watson
<p>SAN FRANCISCO, CA - MAY 06: DJ LeMahieu #9 of the Colorado Rockies tosses the ball with his glove to first base against the San Francisco Giants during the first inning at AT&T Park on May 6, 2016 in San Francisco, California. (Photo by Jason O. Watson/Getty Images)</p>

The Rockies second baseman is a free agent this offseason after helping lead Colorado to a Wild Card win over the Cubs.

The 26-year-old Betts won for the third straight year. He also is a top contender for the AL MVP award.

Kinsler got his second Gold Glove at second base, and Bradley won for the first time in center. Teammate Andrew Benintendi also was nominated, but Kansas City Royals left fielder Alex Gordon took home his sixth Gold Glove instead.

Atlanta added three Gold Gloves to its surprise NL East title this season. Freddie Freeman and Cubs slugger Anthony Rizzo tied for the award at first base, and center fielder Ender Inciarte and right fielder Nick Markakis also were honored for the Braves.

It's the third straight Gold Glove for Inciarte. Markakis won for the first time in the NL and third time overall, ending Jason Heyward's run of four in a row.

Oakland, Colorado and Arizona each had two Gold Glove winners in the infield.

St. Louis catcher Yadier Molina took home his ninth Gold Glove, but his first since 2015. It was a similar situation at catcher in the AL, with Salvador Perez winning for Kansas City for the fifth time after he was unseated by Martin Maldonado last year.