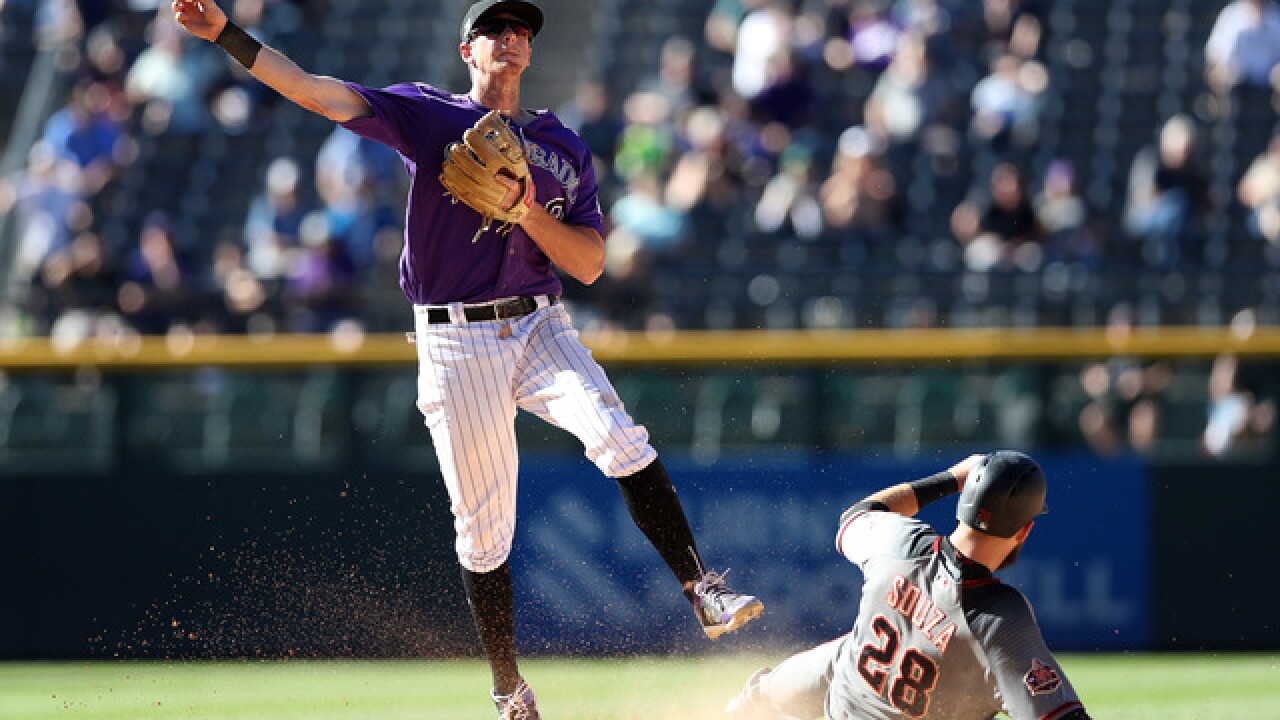 Copyright Getty Images
Matthew Stockman
<p>DENVER, CO - SEPTEMBER 13: D.J. LeMahieu #9 of the Colorado Rockies turns the first half of a double play against Steven Souza #28 of the Arizona Diamondbacks in the ninth at Coors Field on September 13, 2018 in Denver, Colorado. (Photo by Matthew Stockman/Getty Images)</p>

He was named the Wilson Defensive Player of the Year at second base for the 2018 season.

Here's more from MLB.com on the Wilson awards:

The awards, given to the top defensive player at each position across both the National League and the American League, are determined using a formula that accounts for traditional defensive stats and advanced metrics as well as data from the scouting service Inside Edge.

LeMahieu, 30, is a free agent after leading the Rockies to a Wild Card win over the Cubs.

Despite missing time with three trips to the disabled list, LeMahieu had a career-best 18 Defensive Runs Saved this season and earned his third defensive honor. LeMahieu, now a free agent, also led all NL players in SABR's Defensive Index at 19.5.