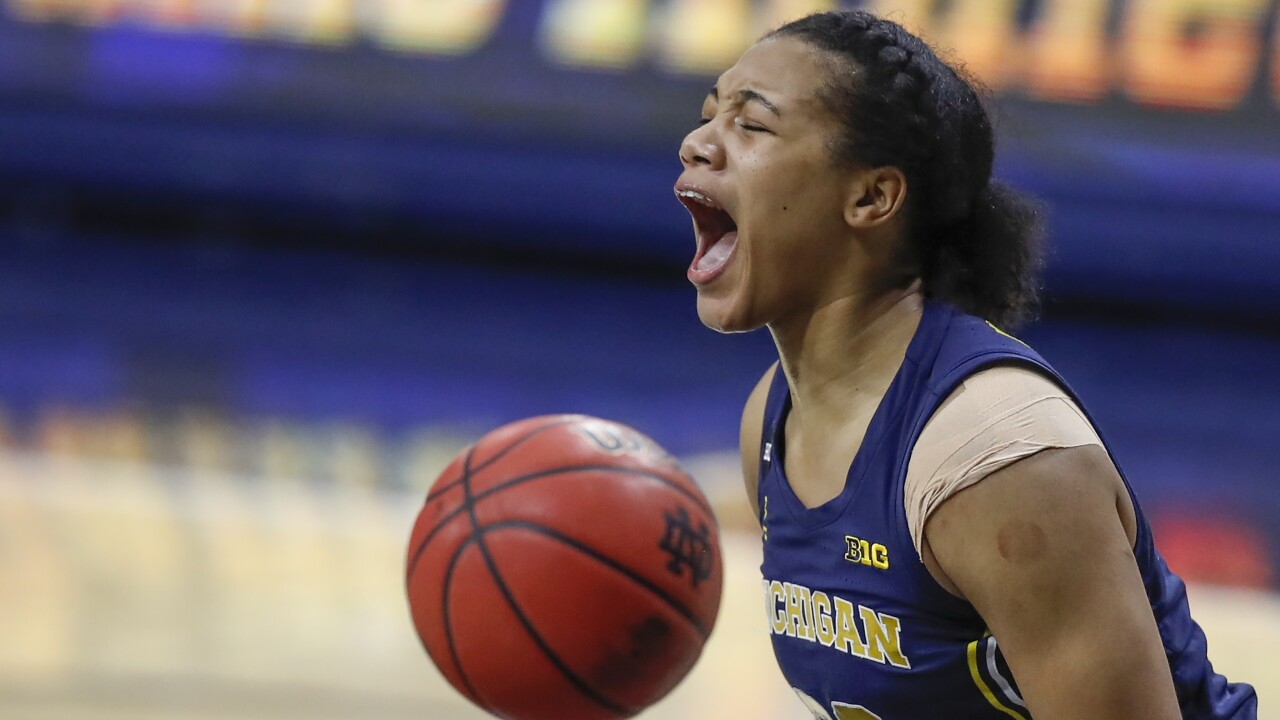 Leading 54-51 entering the fourth, the Wolverines (2-0) had an early 7-0 surge to put the lead at eight and scored six straight, capped by a Akienreh Johnson 3-pointer, to lead by 11 with four minutes to play.

Michigan avenged a 76-72 home loss last season when the Wolverines were ranked 21st and the Irish were unranked.