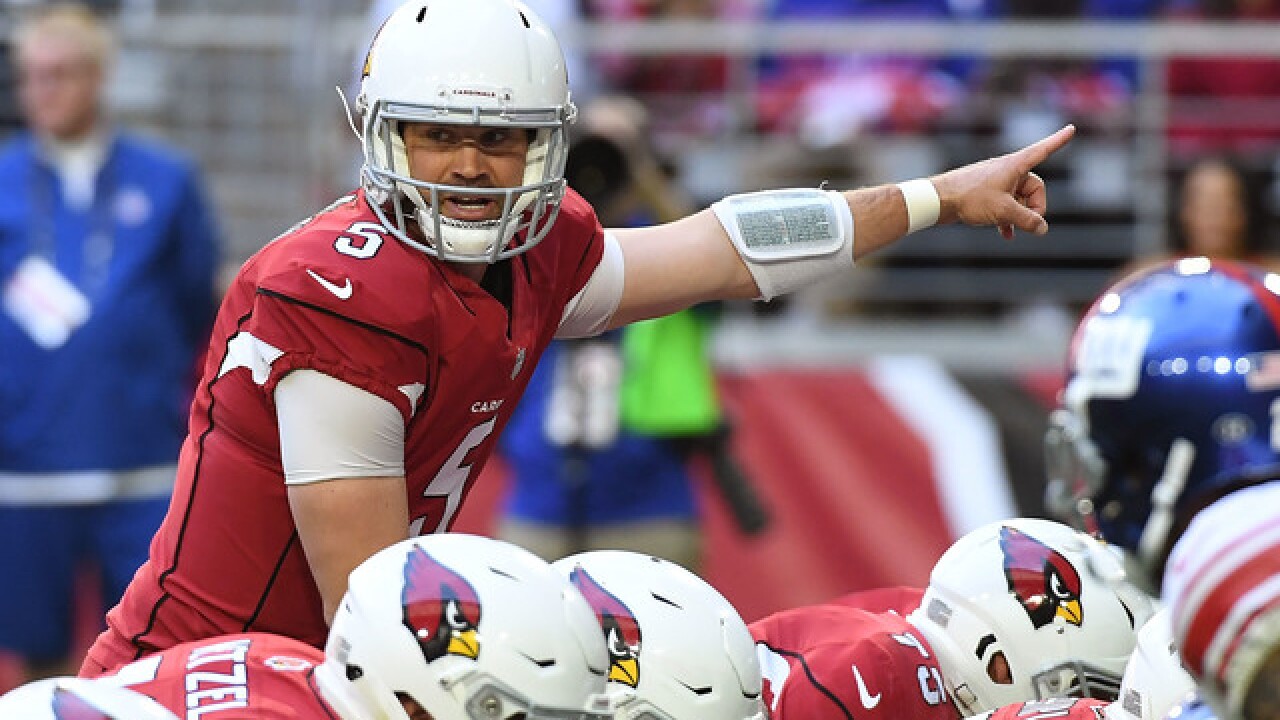 Copyright Getty Images
Norm Hall
<p>GLENDALE, AZ - DECEMBER 24: Quarterback Drew Stanton #5 of the Arizona Cardinals calls a play prior to a snap in the first half against the New York Giants at University of Phoenix Stadium on December 24, 2017 in Glendale, Arizona. (Photo by Norm Hall/Getty Images)</p>

The veteran is expected to back up Tyrod Taylor, recently acquired in a trade with Buffalo. Cleveland is also expected to draft a quarterback with the No. 1 overall pick in this year's draft.

Stanton signed on Friday. He gives the Browns experienced depth and protection in case Taylor gets injured.

Since the end of their 0-16 season in 2017, the Browns have traded former starters DeShone Kizer and Cody Kessler, obtained Taylor and added Stanton, who is entering his 12th NFL season.

The 6-foot-3, 226-pounder has made 17 career starts while playing for Detroit, Indianapolis and Arizona. Stanton spent the past four seasons with the Cardinals. Stanton is 11-6 as a starter and has passed for 4,059 yards and 20 touchdowns.