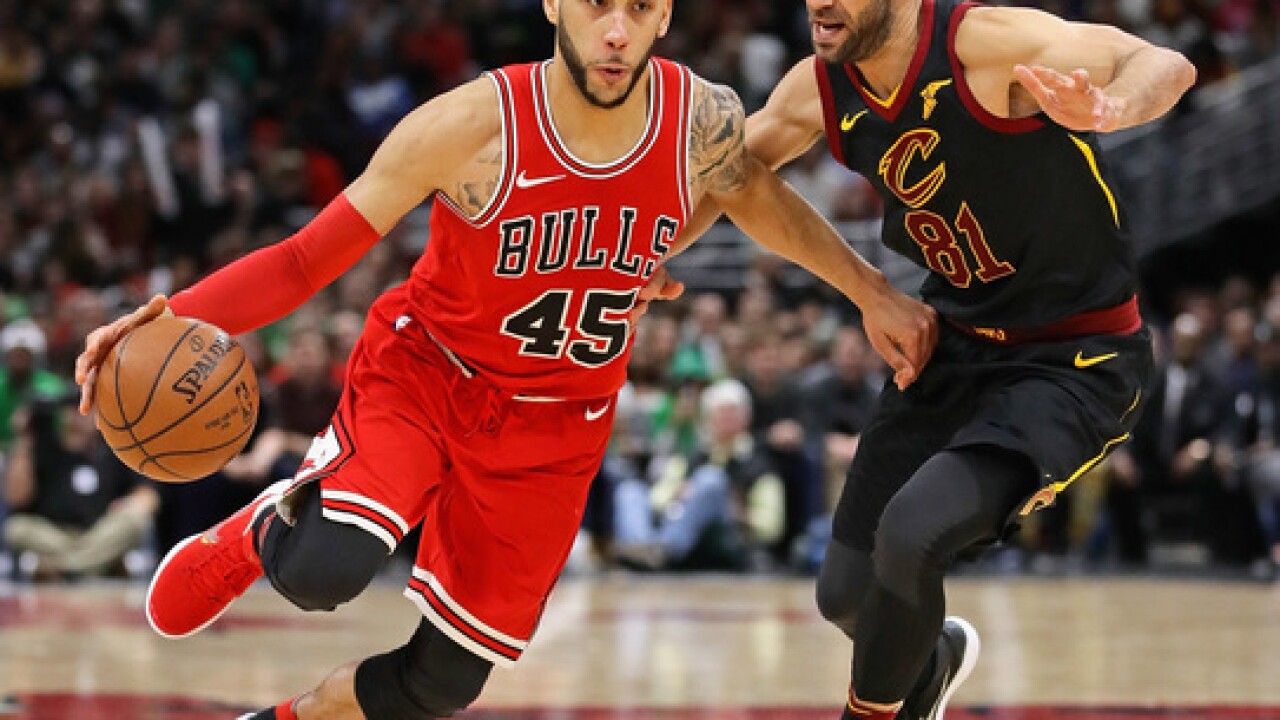 Copyright Getty Images
Jonathan Daniel
<p>CHICAGO, IL - MARCH 17: Denzel Valentine #45 of the Chicago Bulls drives past Jose Calderon #81 of the Cleveland Cavaliers at the United Center on March 17, 2018 in Chicago, Illinois. The Cavaliers defeated the Bulls 114-109. NOTE TO USER: User expressly acknowledges and agrees that, by downloading and or using this photograph, User is consenting to the terms and conditions of the Getty Images License Agreement. (Photo by Jonathan Daniel/Getty Images)</p>

The Bulls announced Monday he was diagnosed with "ongoing ankle instability" after being examined by a specialist in Green Bay. He will have surgery next week, with a recovery of four to six months.

The No. 14 pick in the 2016 draft, Valentine was initially diagnosed with a moderate sprain after he was hurt in practice in September. He had surgery on that ankle in May 2017. Valentine averaged 10.2 points last year, his second.

Lauri Markkanen (elbow) has been sidelined all season. Bobby Portis (right knee) has played in four games and Kris Dunn (left knee) has appeared in one.