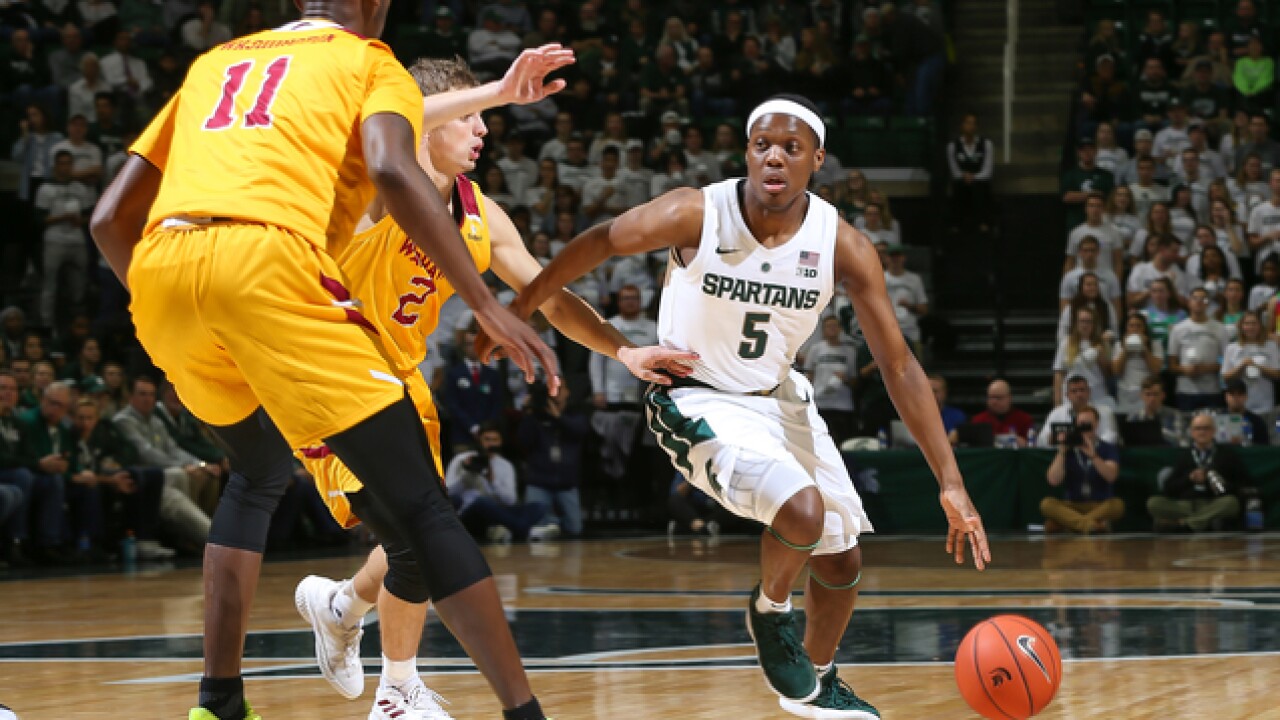 ANN ARBOR, Mich. -- Cassius Winston scored 14 of his 23 points in the opening minutes of the second half, bouncing back from a rough start to help No. 11 Michigan State beat Louisiana-Monroe 80-59 on Wednesday night.

The Spartans (2-1) lost Nick Ward midway through the first half with an injury. Ward went down and pounded the court with both fists. He got up on his own and hobbled off the court, trying to keep weight off his right leg. Ward did not return after scoring four points and grabbing three rebounds in five minutes.

Joshua Langford scored 16 points while Xavier Tillman had 11 points and 13 rebounds for the Spartans.

Javien Williams had 25 points and Michael Ertel scored 20 for the Warhawks (2-2).

Louisiana-Monroe: Leading the 11th-ranked team on its home court -- as the Warhawks did in the first half for 1:27 -- will be something they can look back on with pride.

Michigan State: Ward's injury did not appear to be serious and the Spartans will hope that proves to be the case. The 6-foot-9 forward is averaging 17 points, ranking second, and a team-high 7.5 rebounds. He returned to school for his junior season after initially putting his name in the NBA draft.

Louisiana-Monroe gets some time to prepare for its next game on Nov. 23 at Tennessee Tech.