Cassius Winston leads No. 8 Michigan State to win over Minnesota 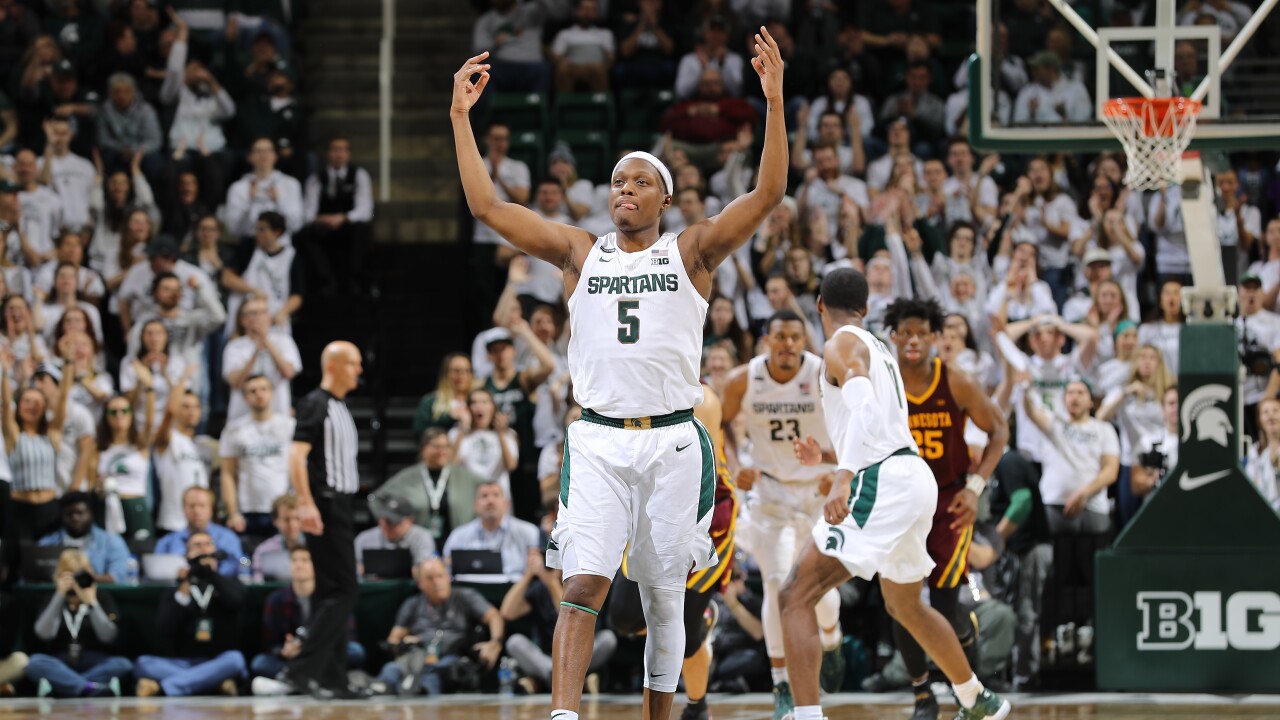 EAST LANSING, Mich. (AP) -- Cassius Winston scored 18 of his 27 points in the second half while Xavier Tillman finished with 19 points and a career-high 16 rebounds, leading No. 8 Michigan State to a 74-58 win over Minnesota on Thursday night.

The Spartans (13-3, 5-0 Big Ten) led by just four points at halftime before pulling away for their eighth straight victory, staying atop the Big Ten standings as the only team without a conference loss.

The Golden Gophers (8-7, 2-3) were very competitive in the first half, which had five lead changes and five ties, but couldn't slow down Winston after halftime.

Minnesota's Daniel Oturu had 22 points on 9-of-19 shooting, 10 rebounds, two blocks and a steal. Marcus Carr scored 11 points and Alihan Demir added 10 points for the Gophers.

Minnesota: Oturu needs more help. The Gophers have four players who average in double figures, but didn't have anyone get there other than Oturu until Demir made a 3-pointer with 1:31 remaining.

Michigan State: After taking full advantage of a home-heavy schedule, the Spartans will play three of their next four games on the road.

The Spartans are the highest-ranked team with three losses, making it difficult for them to move up in the poll.

Minnesota: Hosts No. 19 Michigan on Sunday and No. 20 Penn State on Wednesday night, facing a third ranked opponent in a week.

Michigan State: At Purdue on Sunday.