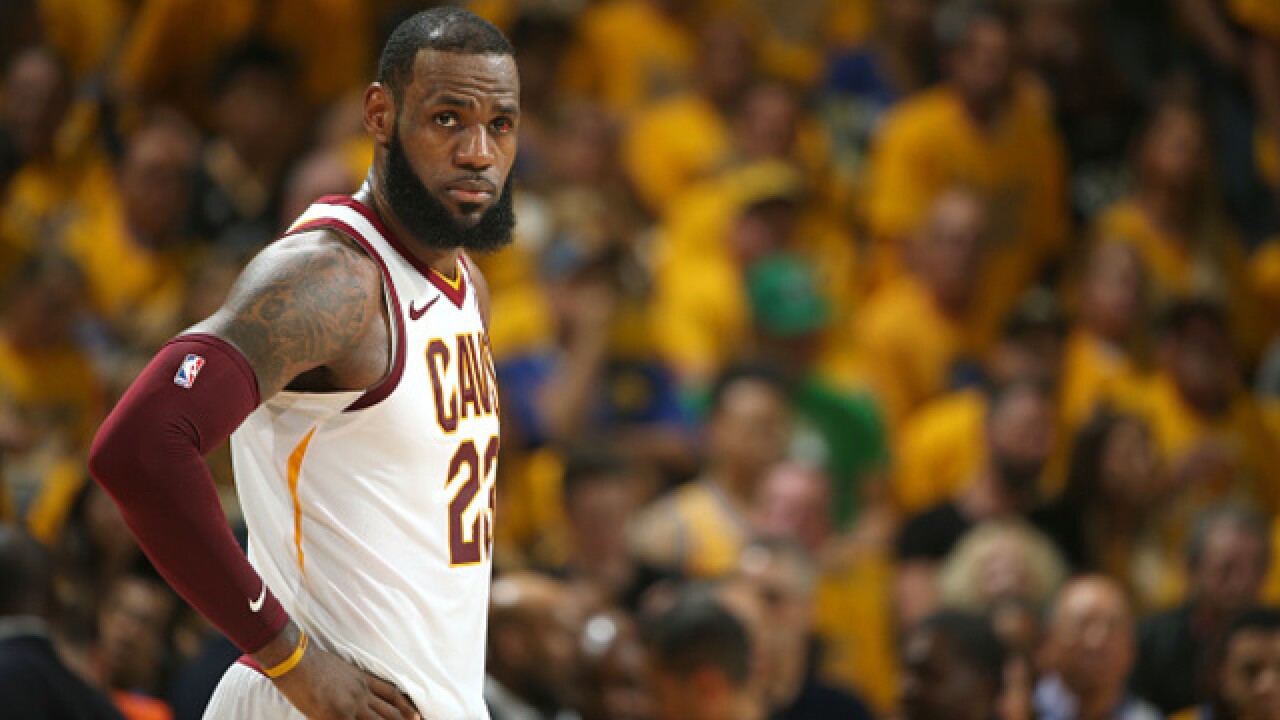 CLEVELAND (AP) — For LeBron James, losing is no longer an option.

With Cleveland down 2-0 to Golden State in the NBA Finals, James knows better than anyone that he and the Cavaliers are facing a must-win situation in Game 3 on Wednesday night at Quicken Loans Arena.

No team has ever come back from a 3-0 deficit to win a playoff series. James acknowledged the Cavs are facing a “tall task” as it is against the Warriors, who are seeking their second straight title and third in four years.

WATCH GAME 3 OF THE NBA FINALS ON ABC OR ESPN

Stephen Curry made nine 3-pointers in Golden State’s Game 2 win, and the Warriors, who live by a “Strength In Numbers” slogan, could get back forward Andre Iguodala for Game 3. Iguodala has missed the past six games with a knee injury but practiced Tuesday.

Cavs coach Tyronn Lue plans to switch up his rotation and play forward Rodney Hood, whose role has been reduced since the start of the postseason.