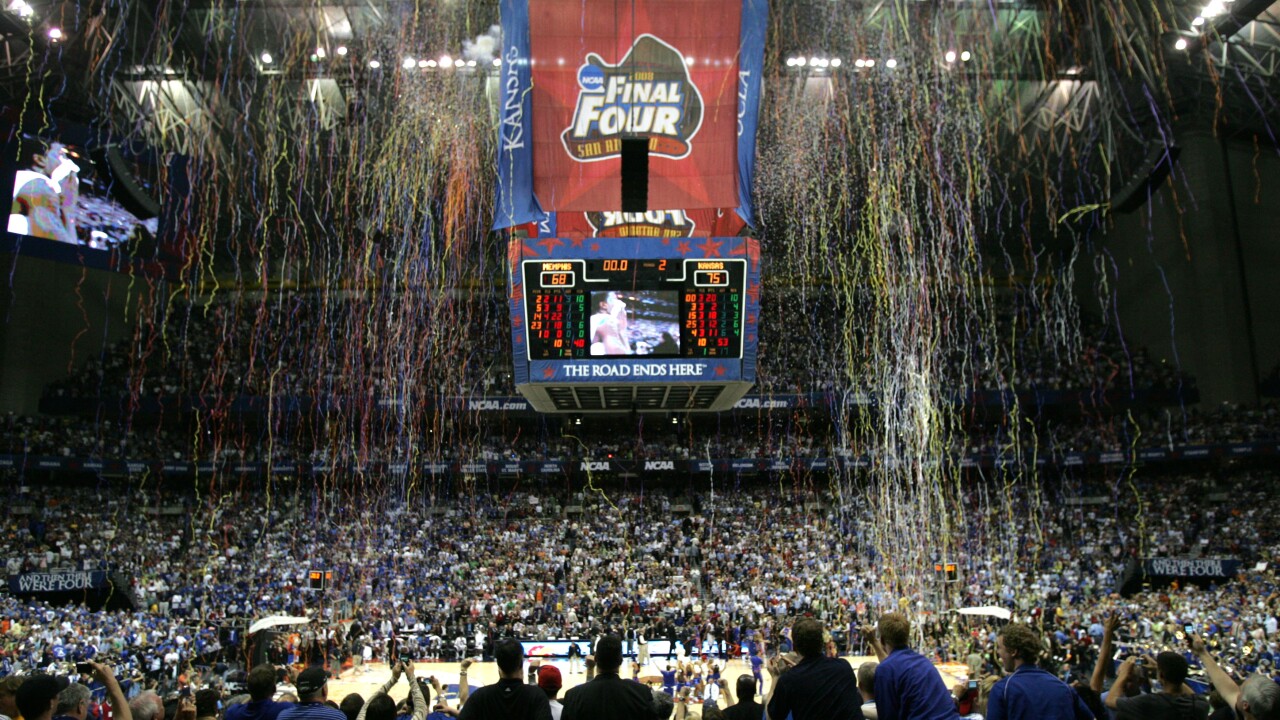 (Copyright 2020 The Associated Press. All rights reserved. This material may not be published, broadcast, rewritten or redistributed.)
Matt York/ASSOCIATED PRESS
A view of the Alamodome as Kansas celebrates their 75-68 overtime win over Memphis in the championship game at the NCAA college basketball Final Four, Monday, April 7, 2008, in San Antonio.(AP Photo/Matt York)

Saturday's schedule starts at noon Eastern with the 1982 title game between North Carolina and Georgetown followed by North Carolina State vs. Houston in the 1983 championship and the Duke vs. Kentucky 1992 East Regional final.

Sunday's games are all championship matchups. The day also starts at noon Eastern with Kansas vs. Memphis (2008) followed by last year's game between Virginia Tech and Texas Tech and finishes with Villanova vs. North Carolina in 2016.