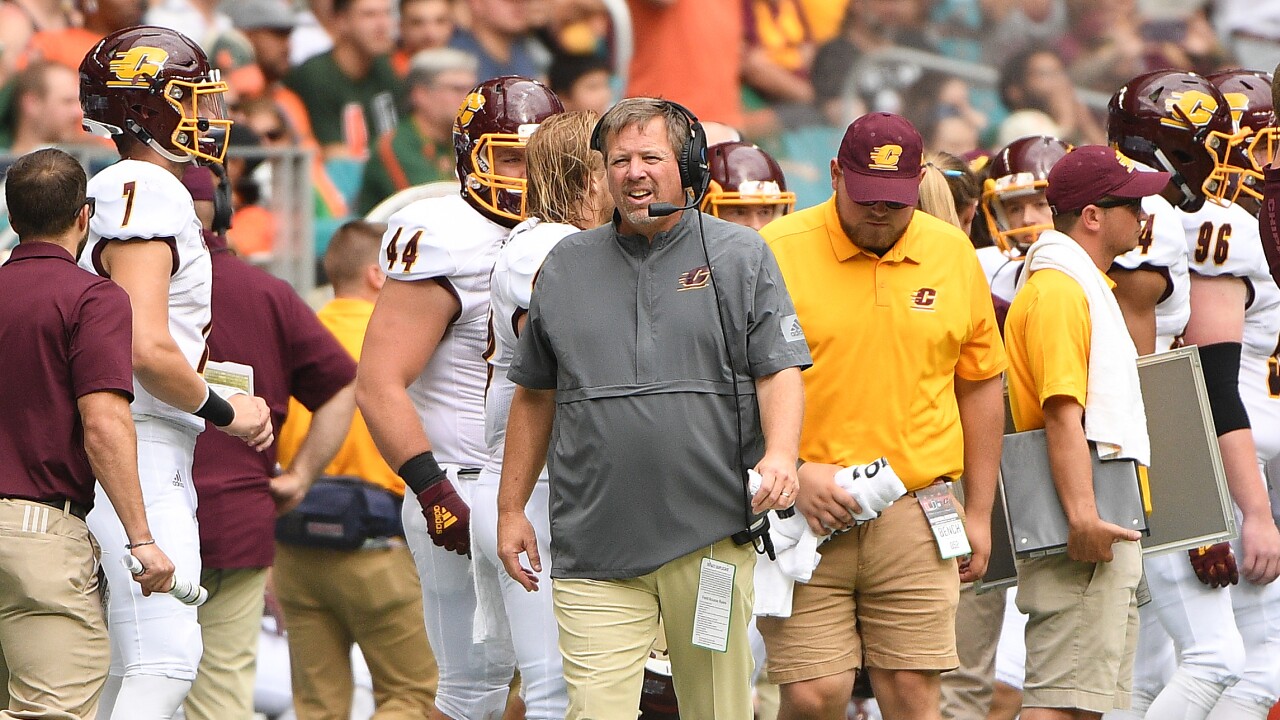 (WXYZ) — Central Michigan Head Football Coach Jim McElwain has been named the Mid-American Conference coach of the year, the league announced on Wednesday.

In his first season coaching the Chippewas, McElwain lead them to an 8-4 season with a 6-2 record in the MAC, just one year after going 0-8 in the MAC and 1-11 overall.

The Chippewas also won their division and will face Miami-Ohio in the Marathon MAC Championship on Saturday afternoon at Ford Field in Detroit. It's CMU's first appearance in the championship game since 2009.

Also, Western Michigan outside linebacker Treshaun Hayward was named the MAC defensive player of the year.