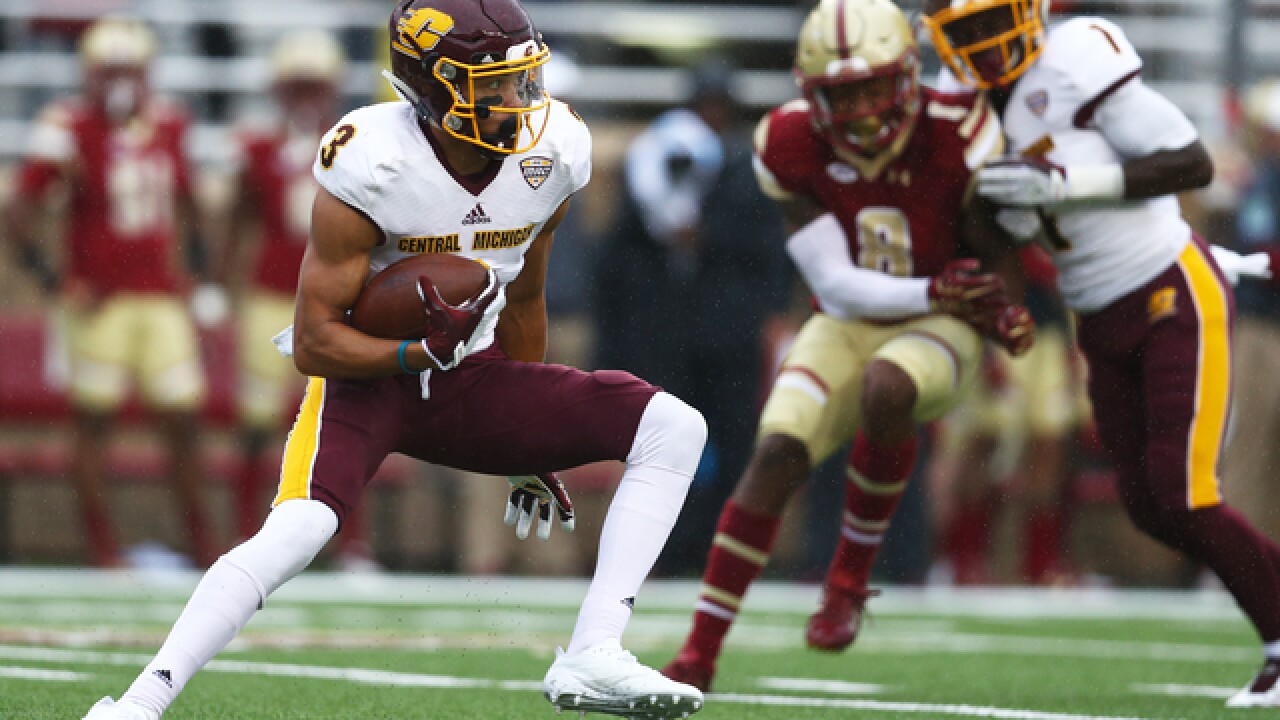 The Port Huron native finished his college career with 1,965 receiving yards and 10 touchdowns.

Three of Chapman's five touchdown receptions in the 2017 season came in a 45-27 Chippewas win over Kansas in September.

"I know it sounds cliche, but it's just surreal," Chapman said in an interview with TSN. "Having my family there in that moment, getting the call from Coach Jones, it's a dream come true for me. I never expected I'd be playing professional ball as a young guy growing up, so...hearing my name called on that stage, it's surreal. It's amazing."