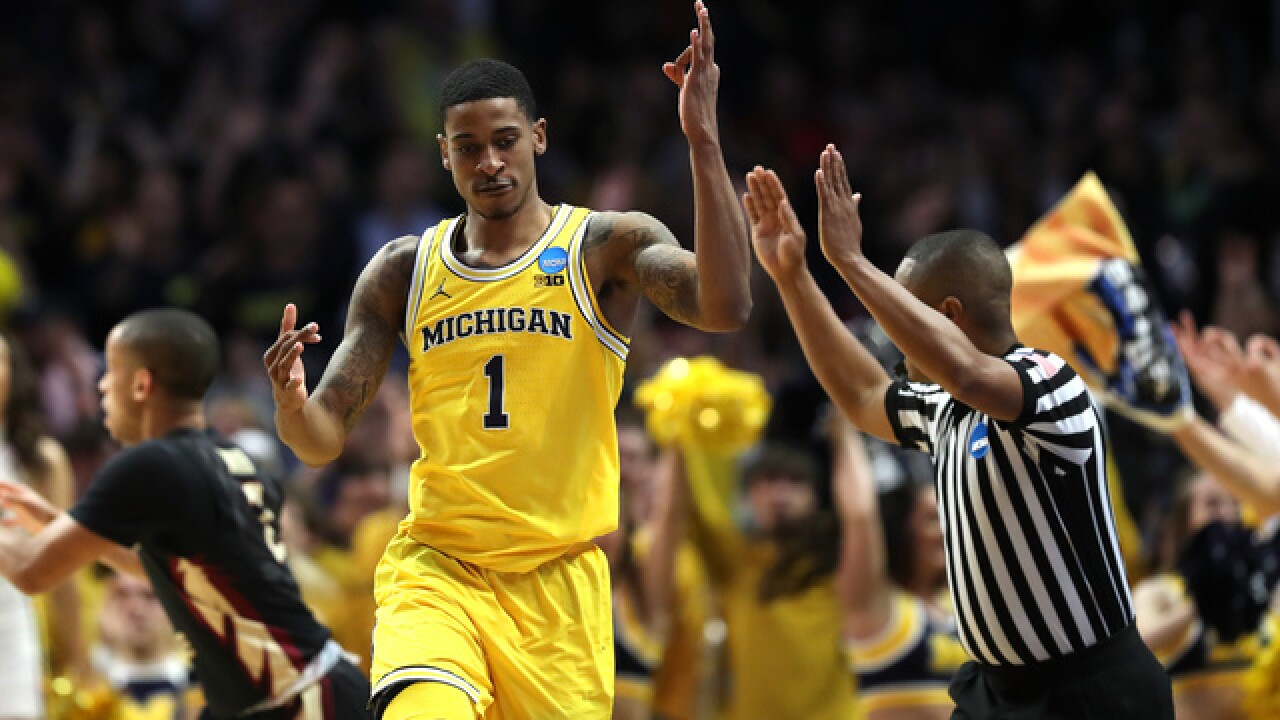 Matthews announced Wednesday he was removing his name from consideration for the draft.

“I learned a lot throughout this process, but my main focus will now be completing my education at Michigan and leading my teammates to more success next season,” Matthews said in a statement.

The Wolverines made it to the NCAA title game this year before losing to Villanova .

Michigan already lost big man Moe Wagner, who left early for the draft. Matthews declared for the draft without hiring an agent and had the option of withdrawing.

“This process allows young men to gather so much valuable information and make the most informed decision they can,” Michigan coach John Beilein said. “Charles has an incredible personality and confidence. His work habits and desire to reach his potential are terrific. He is more focused than ever to improve in all areas of his game.”

The 6-foot-6 Matthews averaged 13 points a game this past season, his first with the Wolverines after transferring from Kentucky and sitting out a season. He has two seasons of college eligibility remaining.

Michigan has to replace Wagner from last season’s team, as well as seniors Duncan Robinson and Muhammad-Ali Abdur-Rahkman. But the Wolverines should have a strong nucleus returning with Matthews, Zavier Simpson, Jordan Poole and Isaiah Livers.

Matthews was second on the Wolverines in scoring and rebounding in 2017-18, but he made just 56 percent of his free throws.