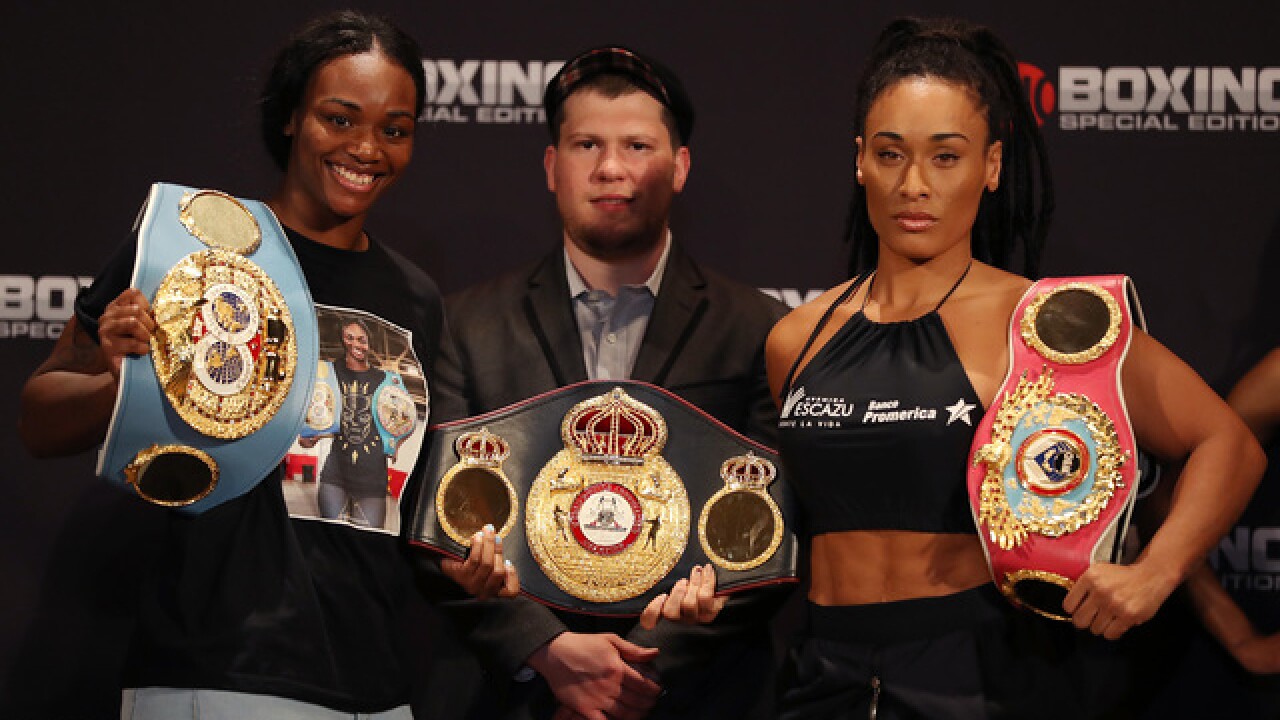 Copyright Getty Images
Gregory Shamus
<p>DETROIT, MI - JUNE 21: Claressa Shields (L) and Hanna Gabriels of Costa Rica pose together after their weigh-in prior to their IBF and WBA Middleweight World Championship at the Masonic Temple Theater on June 21, 2018 in Detroit, Michigan. (Photo by Gregory Shamus/Getty Images)</p>

Gabriels appeared to catch Shields with a right uppercut around the midway point of the first round, sending the two-time Olympic champion to the canvas, but with a partisan crowd at Masonic Temple cheering her on, Shields (6-0) recovered quickly and remained undefeated.

An impressive stretch at the end of the sixth round seemed to indicate the fight had turned in Shields' favor. The judges apparently thought so, scoring the 10-round fight 97-92, 98-91 and 97-92 for the 23-year-old from nearby Flint.

Shields was already a champion at the super middleweight level, and Gabriels (18-2-1) is a champ at 154 pounds. They met in this bout as middleweights, and Shields took the vacant IBF and WBA titles with her win.

Now the talk immediately turns to a possible fight between Shields and Christina Hammer, the unbeaten German who defended her WBC and WBO middleweight titles by outpointing Tori Nelson on Thursday night immediately before the Shields-Gabriels fight. Hammer was still on hand and actually made her way into the ring after Shields' victory, leading to a good deal of commotion.

After the 10-round fight between Hammer and Nelson, Shields and Gabriels produced a bout worthy of a main event, with both boxers willing to slug it out in enough wild exchanges to keep the crowd fired up.

Before Hammer and Nelson fought, Umar Salamov (21-1) stopped Brian Howard (13-2) in the ninth round for the IBF North American light heavyweight title.