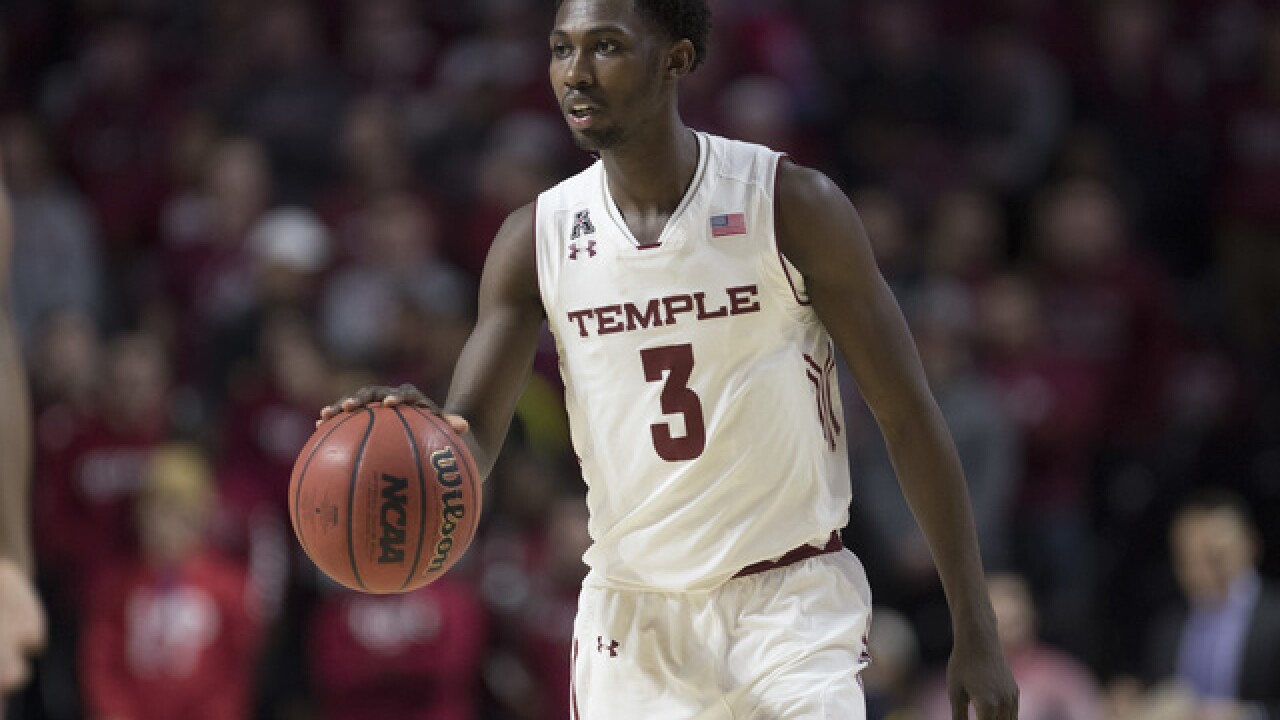 PHILADELPHIA (AP) -- Shizz Alston, Jr. scored a career-high 30 points and one of his seven 3-pointers sparked a 15-0 run in the second half as Temple surged past Detroit Mercy 83-67 in the Legend Classic on Friday night.

Freshman Antoine Davis fired in 30 points with six 3-pointers for Detroit Mercy (0-2), including a 3 at the buzzer for a 41-37 lead at halftime. His first three shots in the game were all from distance as the Titans jumped out 13-2. Josh McFolley added 17 points and Chris Brandon 15.