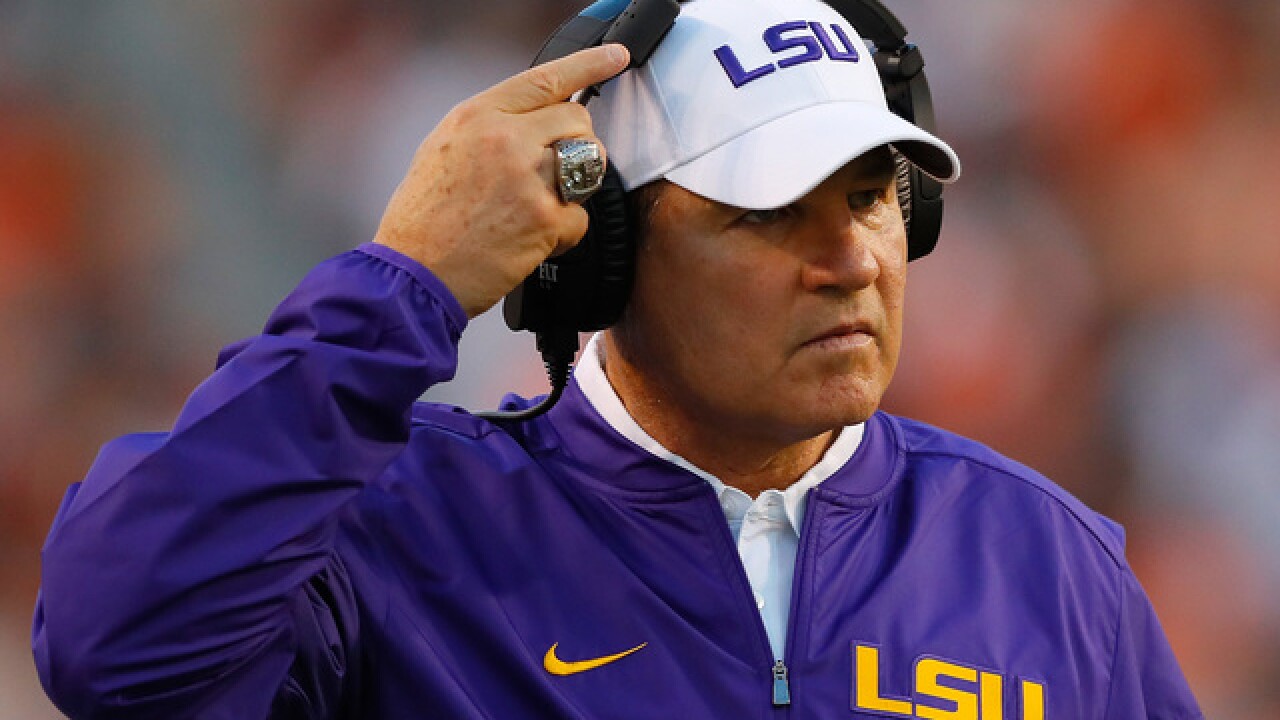 The former Oklahoma State coach, who led LSU to the 2007 national championship before getting fired four games into the 2016 season, is in negotiations with Kansas to take over the down-trodden Jayhawks, a person with knowledge of the discussions told The Associated Press on Saturday.

The person spoke to the AP on condition of anonymity because the deal was not complete. There are numerous details to work out, though those are expected to be finalized in the coming days.

Miles would take over for David Beaty, who was fired two weeks ago. Beaty agreed to finish out his fourth season, and is 6-30 heading into Saturday night's game at sixth-ranked Oklahoma.

Miles has long been considered the front-runner for the job because of his close relationship with new Kansas athletic director Jeff Long. The two worked together at Michigan and stayed in touch over the years.

Sports Illustrated first reported Friday that Long and Miles were in negotiations.

Miles, who turned 65 last week, turned around Oklahoma State over the course of four years before leaving for LSU, where he inherited Nick Saban's powerhouse. He won a national title three years later, then lost to Saban and Alabama in the national championship game following the 2011 season.

But Tiger fans began to grow frustrated with Miles' reluctance to adapt to the air-it-out offenses that began to sweep through college football. And despite reaching a bowl game every season during his tenure in Baton Rouge, he was let go after a 2-2 start to the 2016 season.

Anything close to that level of success would be welcome at Kansas.

The Jayhawks haven't had a winning season or reached a bowl game since 2008, their penultimate season under Mark Mangino. After he was forced out, the school churned through Turner Gill and Charlie Weis before hiring Beaty, a nondescript assistant with ties to the program.

Beaty did well in restoring scholarship numbers and generating fan interest, fixing many of the problems created by Gill's and Weis's failed tenures. He landed better prospects, including several from Louisiana that will no doubt be familiar with Miles, and brought an unceasing energy that served him well as he tried to turn around the Jayhawks' moribund program.

The only thing missing was the wins. Beaty has beaten just two Big 12 opponents, both of them at home, and his inability to get the Jayhawks close to a bowl game led to his ouster.

Now, it appears Miles is close to getting the next shot.