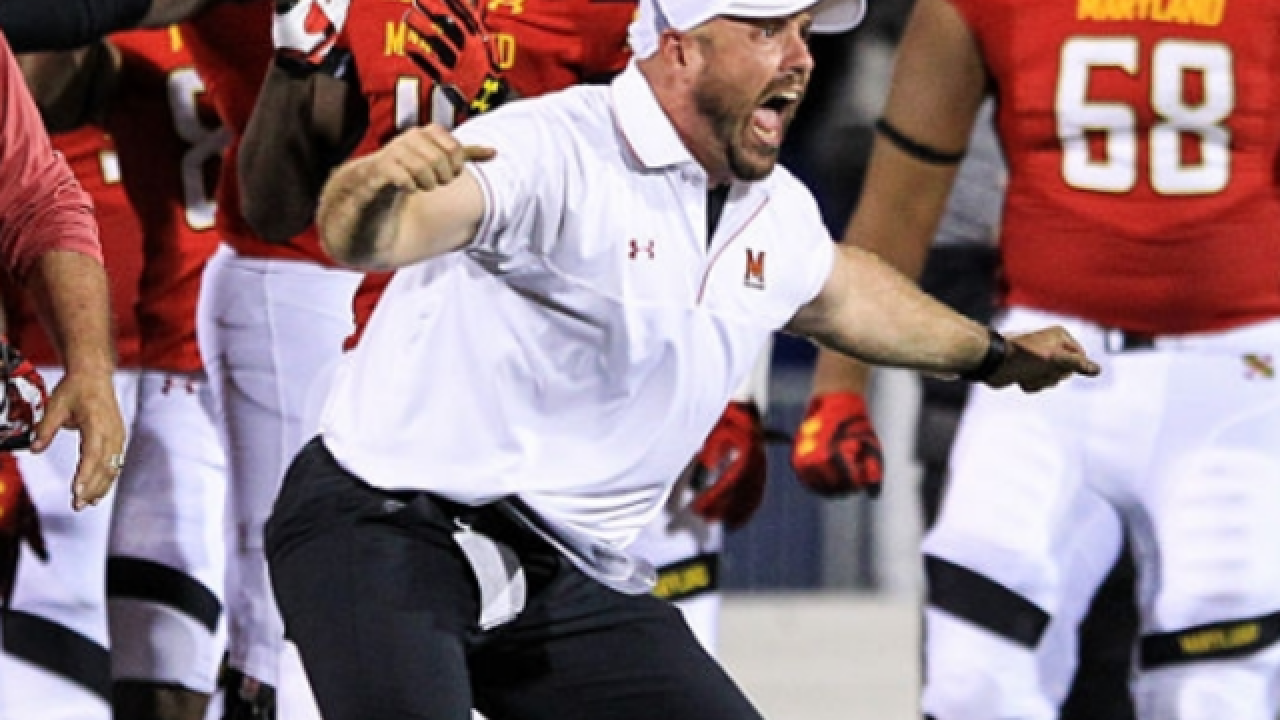 Copyright Getty Images
Rob Foldy
<p>MIAMI, FL - SEPTEMBER 09: Assistant athletic director of football sport performance Rick Court of the Maryland Terrapins celebrates after the Terrapins' defense makes a stop on fourth down during the first half of the game against the FIU Panthers at FIU Stadium on September 9, 2016 in Miami, Florida. (Photo by Rob Foldy/Getty Images)</p>

(AP) -- Maryland placed the head of the football team's strength and conditioning staff on paid leave while it investigates claims he verbally abused and humiliated players, a person briefed on the situation said Saturday.

The person spoke to The Associated Press on condition of anonymity because Maryland had not announced the decision regarding Rick Court. The person said athletic director Damon Evans spoke with the football team Saturday morning and that head coach DJ Durkin was still leading the program. The football team practiced with Durkin.

Maryland has also placed two athletic training staffers it did not identify on leave as it investigates the death of offensive lineman Jordan McNair. The 19-year-old McNair was hospitalized on May 29 after a team workout and died on June 13. Dr. Rod Walters, a former collegiate athletic trainer, has been hired by Maryland to investigate the circumstances of McNair's death. A report is expected by Sept. 15. McNair's parents are being represented by Baltimore attorney Bill Murphy, whose firm is also investigating.

Durkin is starting his third season at Maryland. The 40-year-old former Michigan defensive coordinator is 11-15 in two seasons after receiving a five-year, contract worth $12.5 million in December 2015. The Baltimore Sun reported that Durkin sent a letter to parents of the Maryland players before the ESPN story was published. Durkin said in the letter that he would be available to address any of the parents' concerns.

"Our priority every day is the safety along with the academic, personal and athletic development of your sons," the letter said.

Durkin brought Court to Maryland to lead the strength and conditioning staff in 2016. Court had been the head strength coach at Mississippi State since 2014 under coach Dan Mullen. Court also worked with Durkin at Bowling Green in 2005 and `06, when Durkin was an assistant.