Baldwin, Butler pull away for win over Detroit Mercy 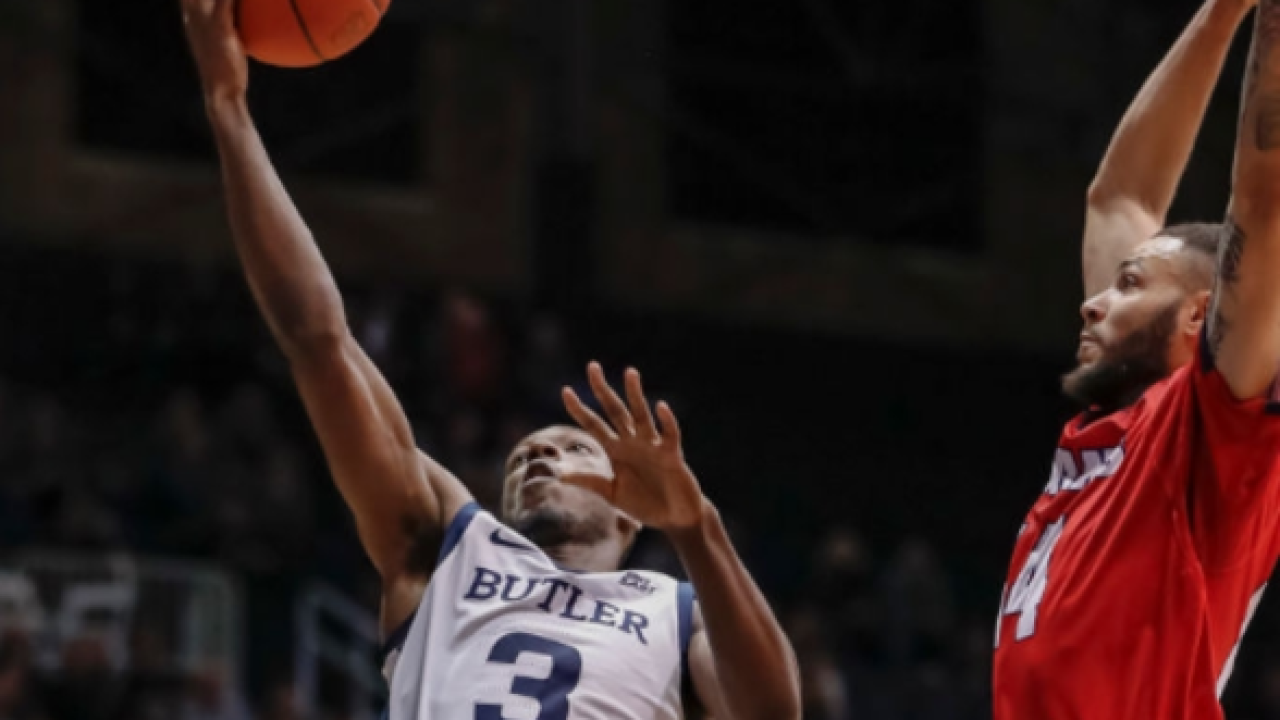 Copyright Getty Images
<p>INDIANAPOLIS, IN - NOVEMBER 12: Kamar Baldwin #3 of the Butler Bulldogs shoots the ball against Harrison Curry #24 of the Detroit Mercy Titans at Hinkle Fieldhouse on November 12, 2018 in Indianapolis, Indiana. (Photo by Michael Hickey/Getty Images)</p>

INDIANAPOLIS (AP) -- Kamar Baldwin scored 13 of his 26 points down the stretch as Butler pulled away for an 84-63 win over Detroit Mercy on Monday night.

Baldwin, who missed six of his first 10 field-goal attempts, made 6 of 8 over the last 14-plus minutes and finished with six rebounds, eight assists and two steals. Joey Brunk added 13 points and Paul Jorgensen scored 12 for Butler (2-0).

Baldwin hit a 3-pointer nearly two minutes in that made it 3-2 and Butler led the rest of the way. McFolley scored the first five points and Davis the last 13 -- including three 3s in an 81-second span -- during an 18-4 run to open the second half that pulled the Titans within four, but the Bulldogs answered with nine consecutive points and later used a 21-5 run to make it 84-59 with 1:45 to play.

Butler shot 52 percent from the field and made 19-of-23 free throws.