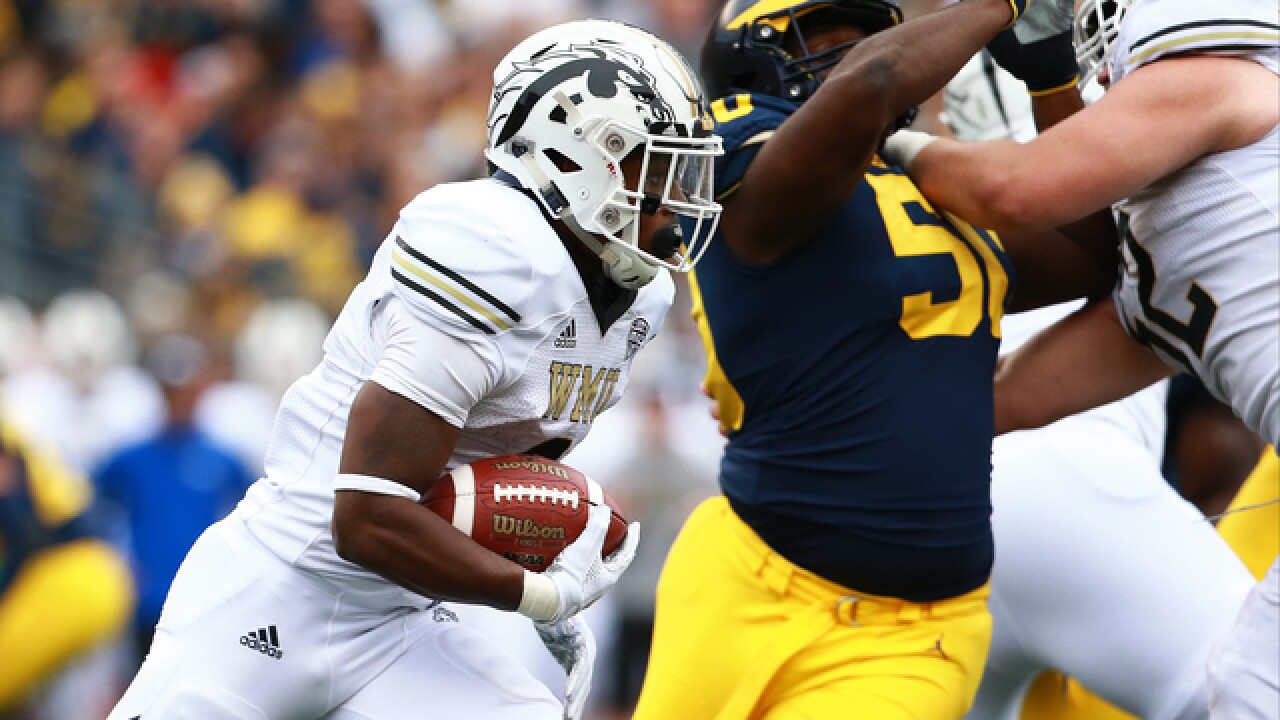 Bogan carried 15 times, racking up 126 yards and one touchdown. Bellamy had 21 carries for 121 yards. Jayden Reed pulled in seven passes for 101 yards and a score. Jon Wassink threw for 234 yards and three TDs for Western Michigan (2-2).

The Bronco defenders forced three fumbles, recovering two, and had one interception to stop Georgia State.

Both teams opened with field goals before the Broncos sprinted to a 20-9 halftime advantage. Wassink hit Keishawn Watson on a 24-yard scoring strike in the final seconds of the first half. Wassink quickly added another score in the third when Reed hauled in a 40-yard TD toss for a 27-9 advantage. Bogan broke for a 71-yard scoring sprint for Western Michigan's final score with 10:45 left in the third.