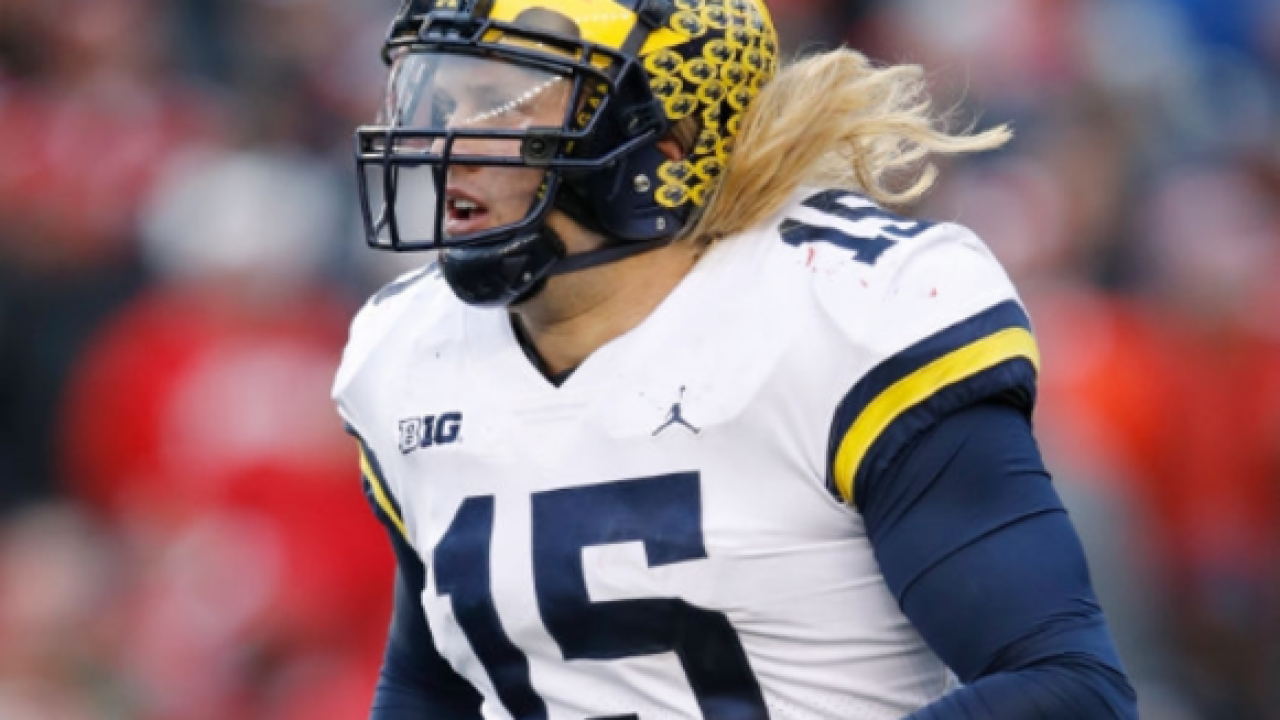 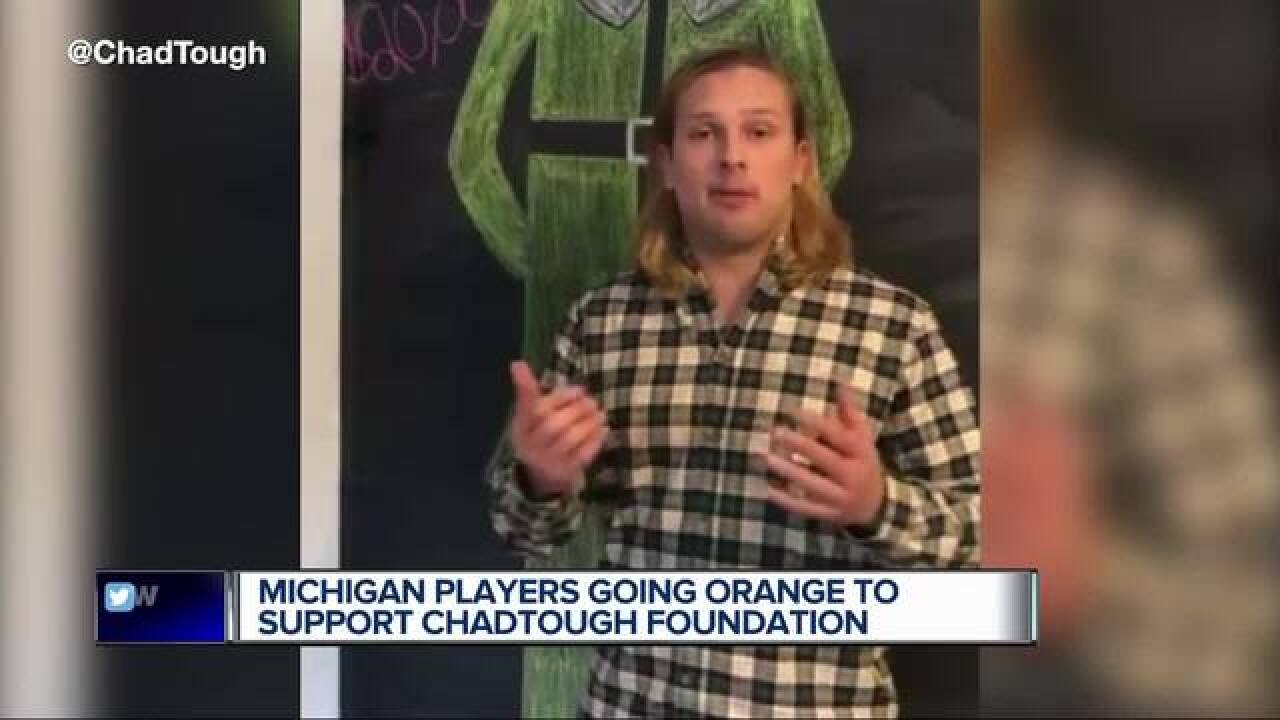 (WXYZ) -- Michigan defensive lineman Chase Winovich is showing his support for the ChadTough Foundation in a colorful way.

On Wednesday, Winovich  announced he wanted to help raise money for the foundation by dyeing his hair orange for the Outback Bowl if he could reach $15,000 in donations. That mark was reached in less than 24 hours.

On Thursday, Winovich thanked donors and announced an expansion of the orange hair campaign.

“I want to thank each and every one of you from the bottom of my heart for making this whole thing possible.” - @Chase_Winovich

If you wish to donate to the orange hair challenge, you can do so here .