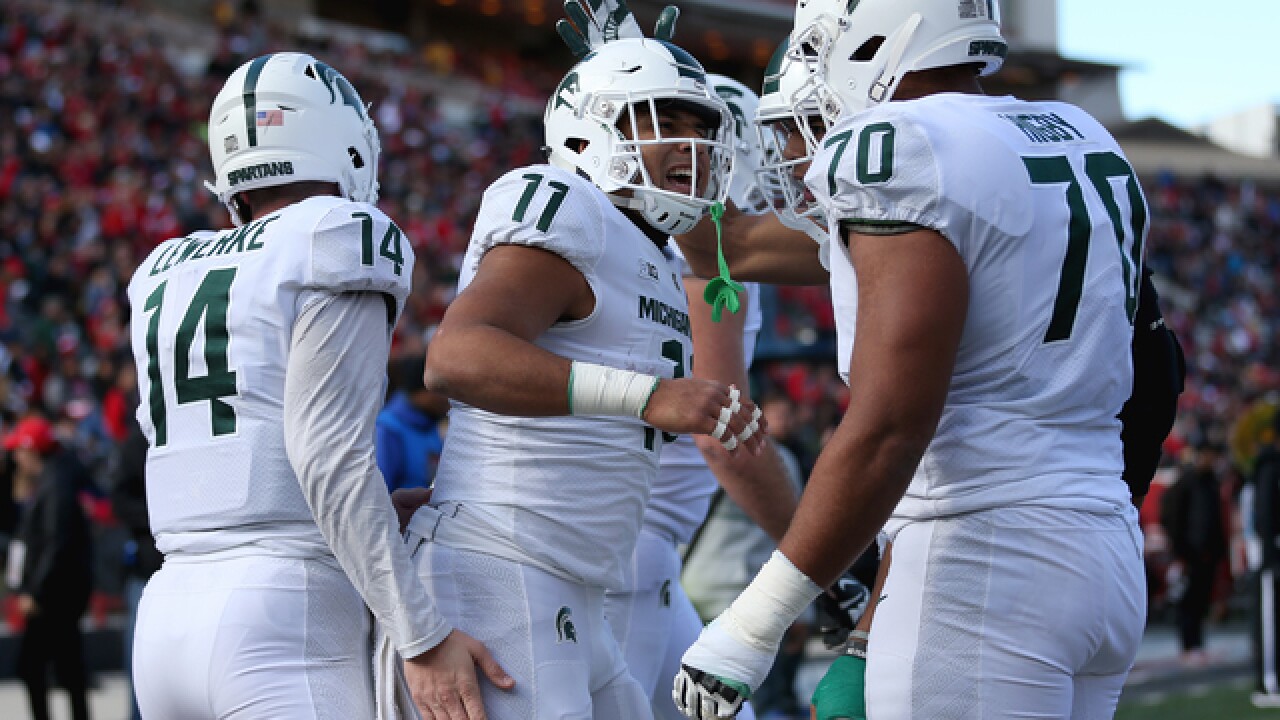 Copyright Getty Images
Will Newton
<p>COLLEGE PARK, MD - NOVEMBER 03: Connor Heyward #11 of the Michigan State Spartans celebrates with Tyler Higby #70 and Brian Lewerke #14 of the Michigan State Spartans after scoring a touchdown against the Maryland Terrapins during the first half at Capital One Field on November 3, 2018 in College Park, Maryland. (Photo by Will Newton/Getty Images)</p> 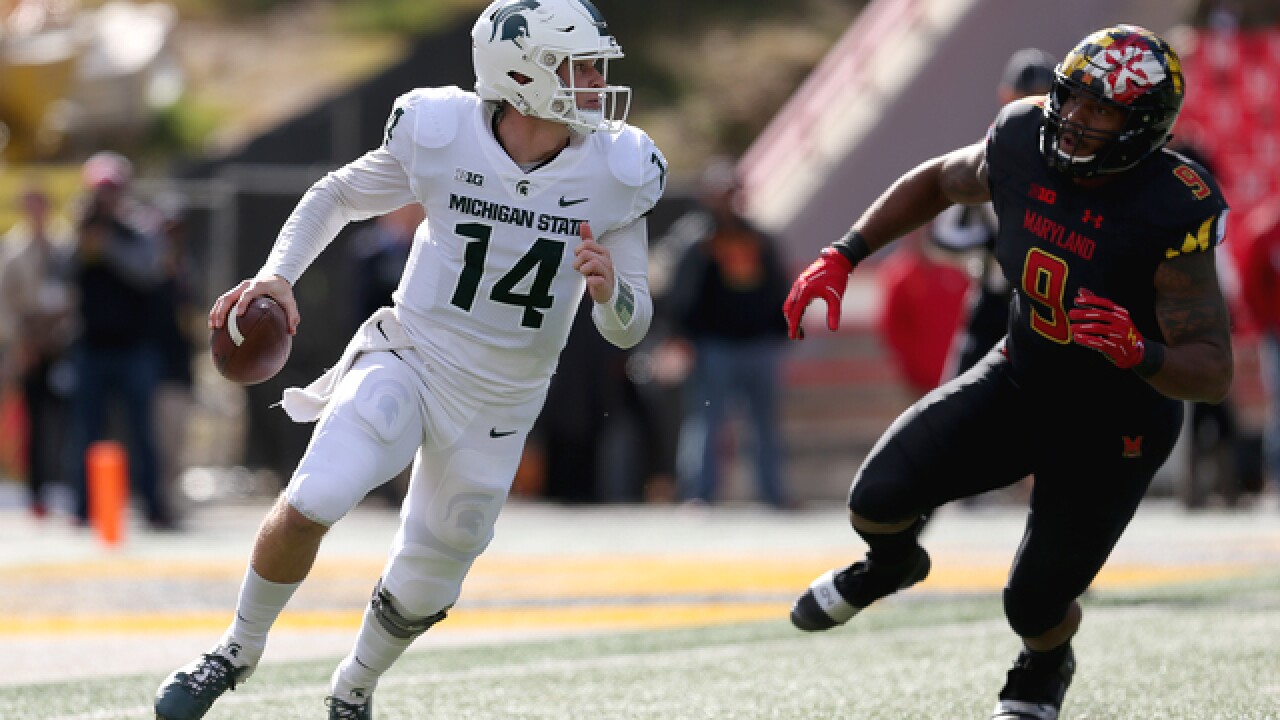 It was a sobering ending to a bizarre week for Maryland that included the reinstatement, then dismissal, of head coach DJ Durkin in the span of two days.

"This week was a challenging week. That's a fact. You guys all know that," Canada said. "But we came in and worked every day. Our kids played hard.

"We lost today because we just didn't play well enough. We played a really good football team and I didn't coach well enough."

Canada spoke alone, opting not to make the players available to the media.

"Our players are more than capable of speaking and they will," Canada said. "They've had a big week, a challenging week."

On Tuesday, Durkin was reinstated by the University System board of regents following a probe into the culture of the football program. The investigation was launched soon after University president Wallace Loh acknowledged in August that "mistakes were made" in the treatment of Maryland offensive lineman Jordan McNair, who collapsed during an offseason workout and died two weeks later of heatstroke.

The decision to bring Durkin back from paid administrative leave created such a furor among students and politicians that Loh fired Durkin on Wednesday.

On Thursday, the board of regents chairman resigned from his post.

Several outlets reported that three players walked out of a meeting with Durkin on Tuesday. After practice that day, the backup punter, who had spoken out about the coaching staff, was reportedly assaulted by a teammate who supported Durkin.

Coming off all those distractions, the Terrapins were looking to become bowl eligible with their third win in four games. Instead, they fell behind early and never got the offense working.

Michigan State had a lot to do with it, though coach Mark Dantonio sympathized with Maryland's situation.

"I'm sure there were a lot of distractions. They have faced a very emotional tragedy earlier in the year," Dantonio said. "For that, we are all very sorry. Everything else that's going on is difficult for us to comprehend, being on the outside looking in. But our thoughts and our prayers go with the McNair family and also our thoughts are with the entire Maryland football program as they move through challenging times."

Maryland's effort to come back was thwarted by two fourth-quarter turnovers. Javon Leake lost a fumble on the MSU 26 and Byron Cowart fumbled on an interception return with the Spartans recovering in the end zone for a touchback.

Maryland's strong running game was limited to 26 yards (on 29 carries) by the nation's top-ranked rushing defense. Kasim Hill went 8 for 21 for 74 yards for the Terps on a very windy day.

THE TAKEAWAY
Michigan State: The Spartans didn't get much production from senior quarterback Brian Lewerke, who returned from a shoulder injury to go 11 for 20 for 87 yards and an interception before being replaced by redshirt freshman Rocky Lombardi. There's work to be done in the passing game, but the defense is good enough to make up for that and keep Michigan State competitive against any foe.
Maryland: When the Terps are bad, they're bad. Maryland's one-dimensional offense sputtered again, and those two turnovers in the fourth quarter didn't help. Maryland's four losses this season have come by a combined 86 points.

EJECTED
Terrapins defensive tackle Mbi Tanyi was ejected in the second quarter for throwing a punch at a Michigan State player.

UP NEXT
Michigan State: The Spartans host No. 8 Ohio State in a Big Ten East Division matchup
Maryland: The Terrapins travel to Indiana.