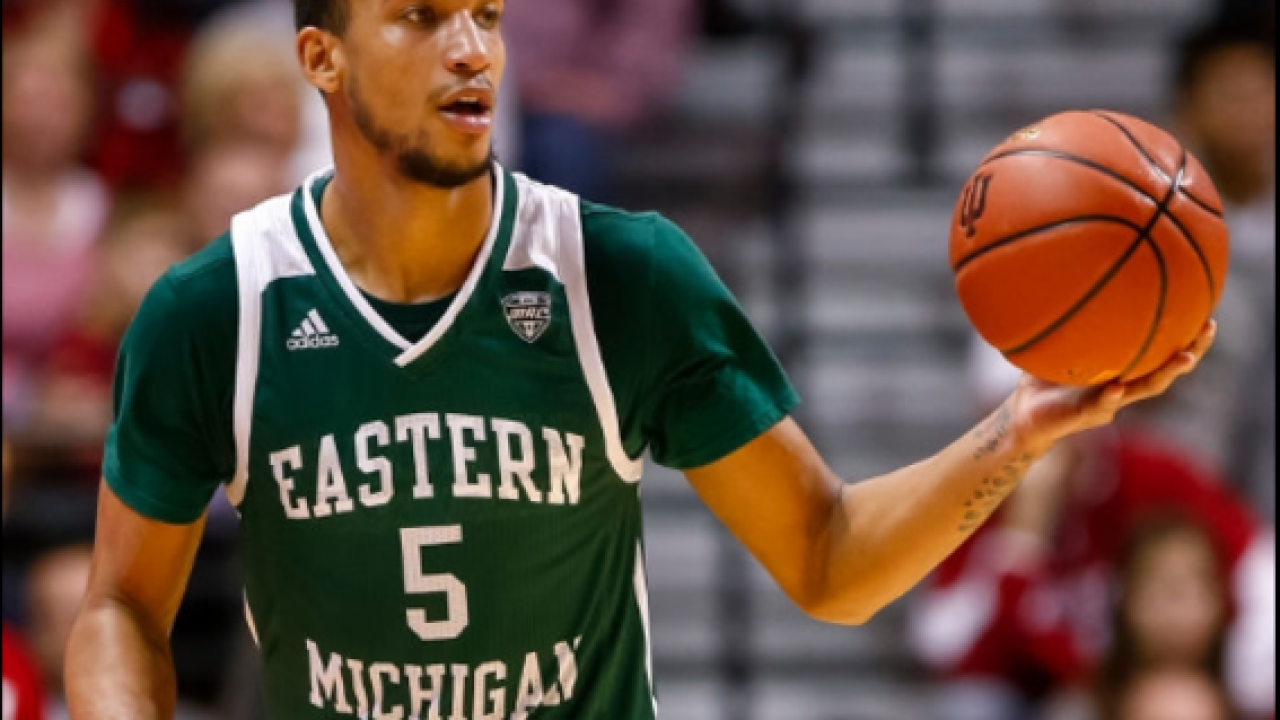 Copyright Getty Images
Michael Hickey
<p>BLOOMINGTON, IN - NOVEMBER 24: Elijah Minnie #5 of the Eastern Michigan Eagles brings the ball up court during the game against the Indiana Hoosiers at Assembly Hall on November 24, 2017 in Bloomington, Indiana. (Photo by Michael Hickey/Getty Images)</p>

Kevin McAdoo and Malik Ellison scored 10 apiece and Eastern Michigan (3-0) built an early first-half lead and made it stand the rest of the way. Minnie made a pair of layups, Toure added one and Paul Jackson hit a 3-pointer for an early 9-0 lead. The Eagles extended the lead to 35-7 on Isaiah Green's layup with 8:31 before halftime.

Eastern Michigan was 38-of-67 shooting (57 percent) and had a 45-35 rebounding advantage against the Maple Leafs.