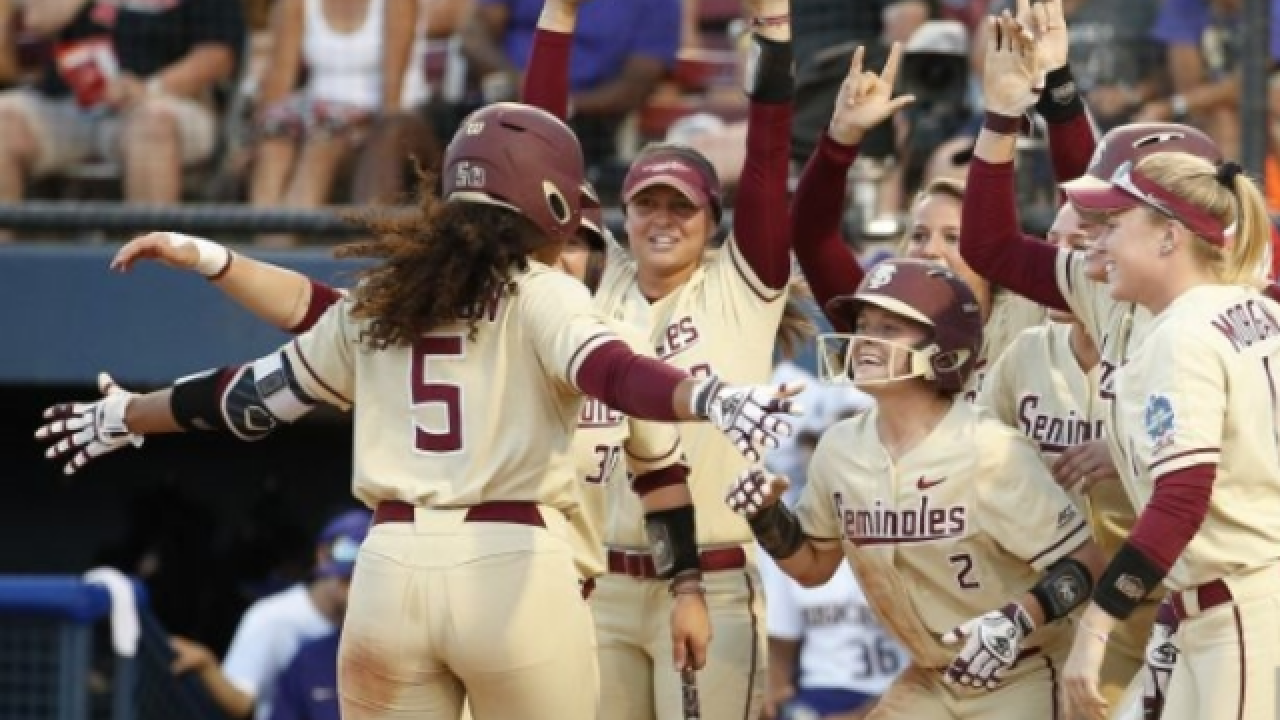 The Seminoles (58-12) won the best-of-three championship series 2-0. They lost their opener before winning six straight to become just the third team to come through the losers' bracket and take the title.

King broke a World Series record for lowest ERA among pitchers who threw at least 10 innings with a mark of 0.20. She earned four wins and a save in Oklahoma City while allowing just one earned run in 34 1/3 innings.

King was on such a run that Florida State's ace throughout the season, Kylee Hanson, never had to pitch in the championship series.

Florida State's Jessie Warren, who hit .520 in the World Series, was named most outstanding player. She went 3 for 4 with a homer on Tuesday.

Washington (52-10), one of four Pac-12 teams to reach the World Series, was undefeated outside of the conference until the two losses to Florida State.

The Huskies got the only earned run off King early. Taylor Van Zee led off the game with a single, advanced to second on a passed ball and scored on a bunt by Sis Bates. Washington then took advantage of an error, a passed ball and a double after miscommunication to take a 3-0 lead.

Anna Shelnutt, who homered on Monday for the game's only run, started the Seminoles' rally with a two-out, two-run homer in the first.

Florida State got more in the second when Elizabeth Mason singled and two runs scored with help from an error in right field. Warren's RBI single later in the inning pushed the Seminoles' lead to 5-3.

Mason's two-run homer in the fourth made it 7-3, and Warren hit a solo shot in the same inning to make it 8-3.