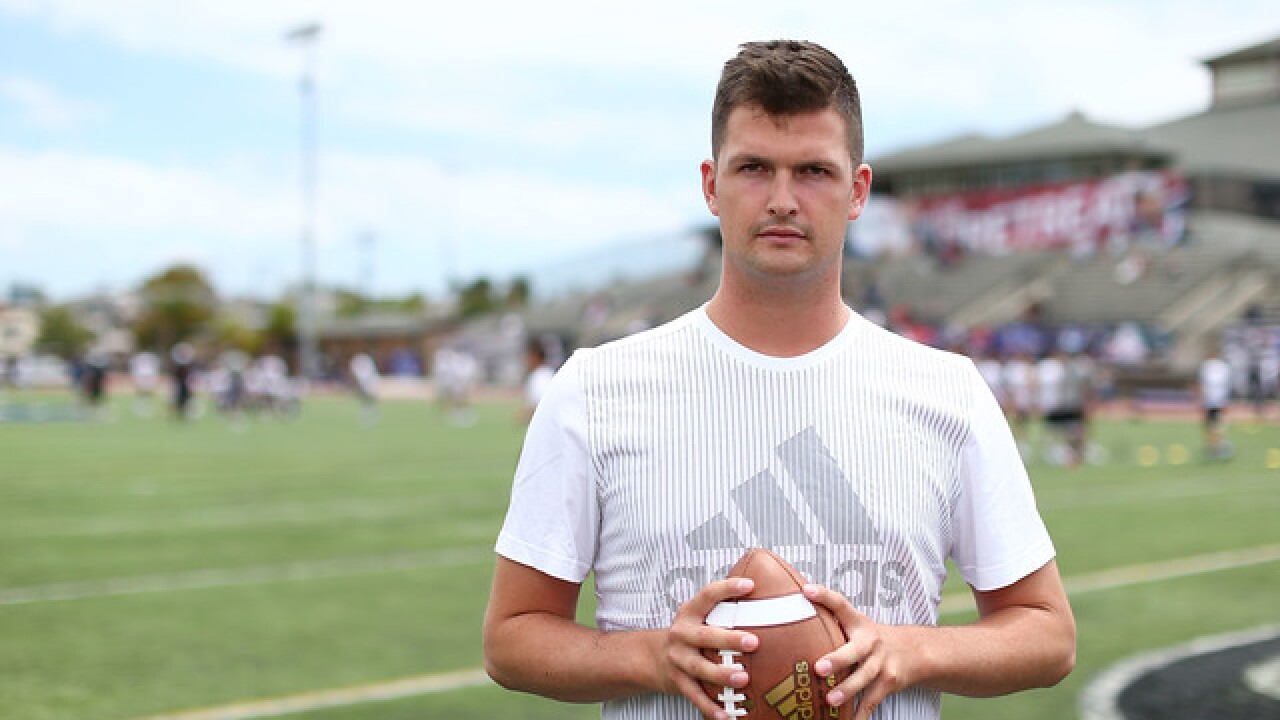 LOS ANGELES (AP) -- Wilton Speight does not fit the mold of the dual-threat quarterbacks Chip Kelly coached at Oregon.

But in joining UCLA for his final season of eligibility, Speight trusts Kelly to show the same offensive flexibility he did in coaching the Philadelphia Eagles should the graduate transfer win the starting job.

"That's obviously been a big question mark for I'm assuming a lot of people coming from a pro-style offense at Michigan, but he and I talked a lot about how he ran things with Nick Foles, Sam Bradford, Mark Sanchez, the success he had with those guys that could move but weren't necessarily dual-threat," Speight said. "When I saw the success that they had and the things that he would tweak for those guys, I saw myself doing the same things."

Kelly made his name having the Ducks operate a high-tempo, read-option offense, but adapted his system for pocket passers in the NFL. Foles threw 27 touchdown passes against two interceptions in Kelly's first season in Philadelphia, though the efficiency and explosiveness of the offense dropped off in his next two seasons with the Eagles and one season with the San Francisco 49ers.

Speight showed he could distribute the ball effectively in 2016, when he threw for 2,538 yards and 18 touchdown passes against seven interceptions for the Wolverines. However, he made just four starts last season before fracturing vertebrae in his back against Purdue in September.

"Obviously, this is my last year. This is my last shot to show what I can do to get to the next level, and that's ultimately what it came down to," Speight said.

LSU, Wyoming, Baylor and Washington State were among the schools that reached out to Speight. He was in contact briefly with Southern California after Sam Darnold declared for the NFL Draft, but it was a former Trojan quarterback that helped convince Speight to play for Kelly's Bruins?

Speight spent the winter training in Orange County, where he worked out alongside Sanchez. Sanchez played for Kelly in Philadelphia in 2014-15 and vouched for him as an offensive mind, one of the factors leading Speight to choose UCLA over the Tigers and Cowboys.

"Before I made my decision, Mark and I talked a lot about what made sense, and that helped a lot," Speight said.

Back to full health and feeling better than he did going into last season, Speight has quickly adjusted to his new environment. Redshirt freshman Austin Burton said Speight has emerged as "the dad" of the quarterbacks with his wealth of experience after making 16 starts at Michigan. Redshirt sophomore Devon Modster is the only other quarterback on the roster that has started a game in college, making two starts last season when Josh Rosen was injured.

"He hopped right into the quarterback group and he's our best friend," redshirt sophomore Matt Lynch said. "It's hard for someone new like that to jump in and be so close with the quarterback room and the whole team, and he fit in right away, so that's good."

With six quarterbacks taking snaps in training camp, including newcomers Speight and freshman Dorian Thompson-Robinson, Kelly does not know when he will pick a starter, saying it tends to happen organically.

"Every time I've been in one of these, in a quarterback competition, the decision is usually made for you," Kelly said.

Even if he doesn't get the nod, Speight is enjoying the opportunity he has at UCLA.

"Just to be back out on the football field with everything that happened last year, wasn't really sure if that was going to happen again, and now that it's happening and the ball is rolling, it's special."