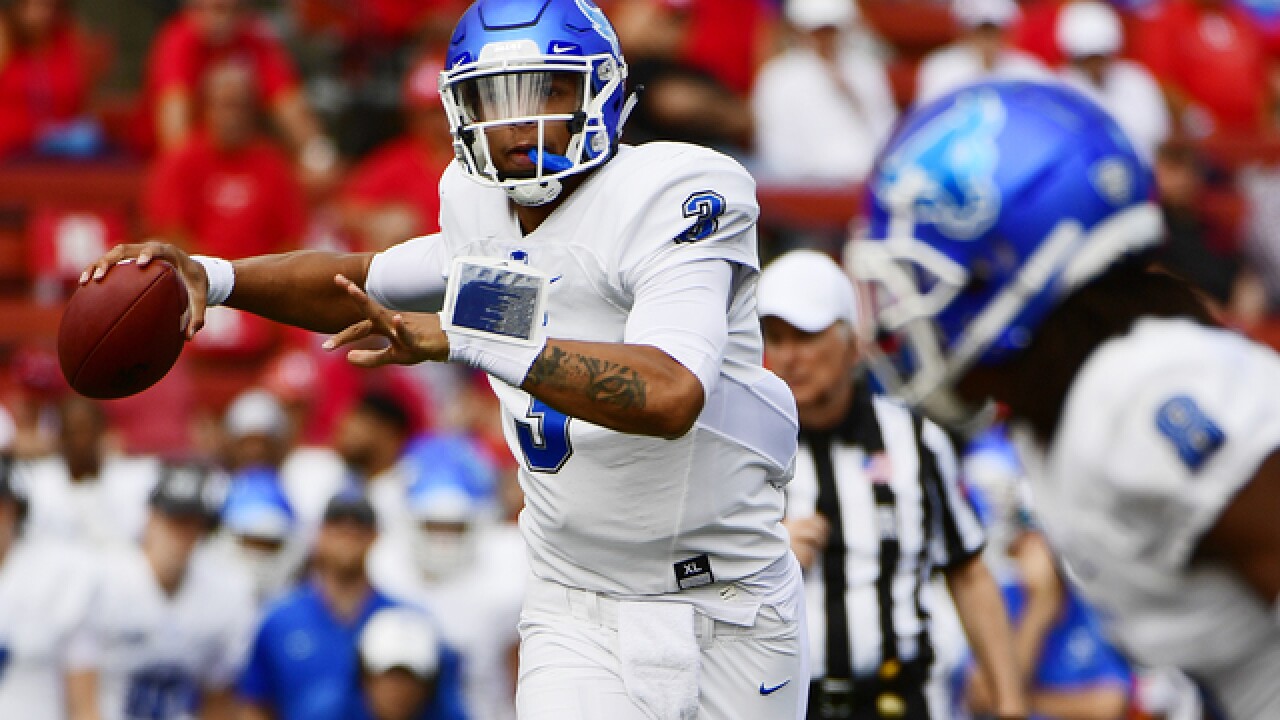 MOUNT PLEASANT, Mich. (AP) -- Tyree Jackson threw for a touchdown and ran for another and freshmen running backs Kevin Marks and Jaret Patterson had career days to lead Buffalo to a 34-24 win over Central Michigan on Saturday.

Jackson had a 6-yard scoring pass to Tyler Mabry in the first quarter and ran 5 yards for a touchdown in the second, helping the Bulls (5-1, 2-0 Mid-American Conference) take a 17-3 lead.

Then the freshmen took over to help Buffalo, off to its best start since 1996, pile up more than 300 yards on the ground.

After a touchdown run for the Chippewas (1-5, 0-2) with 5:24 left in the third quarter, Marks, a redshirt freshman who finished with 167 yards, broke off a 70-yard scoring run on the next snap. Patterson, a true freshman who had 121 yards, answered the next Central Michigan score with a 14-yard scoring run. Both backs had 18 carries as Buffalo had a pair of 100-yard runners in the same game for the first time since 2014.

Buffalo, which had lost four straight in the series, picked off Tommy Lazzaro four times.