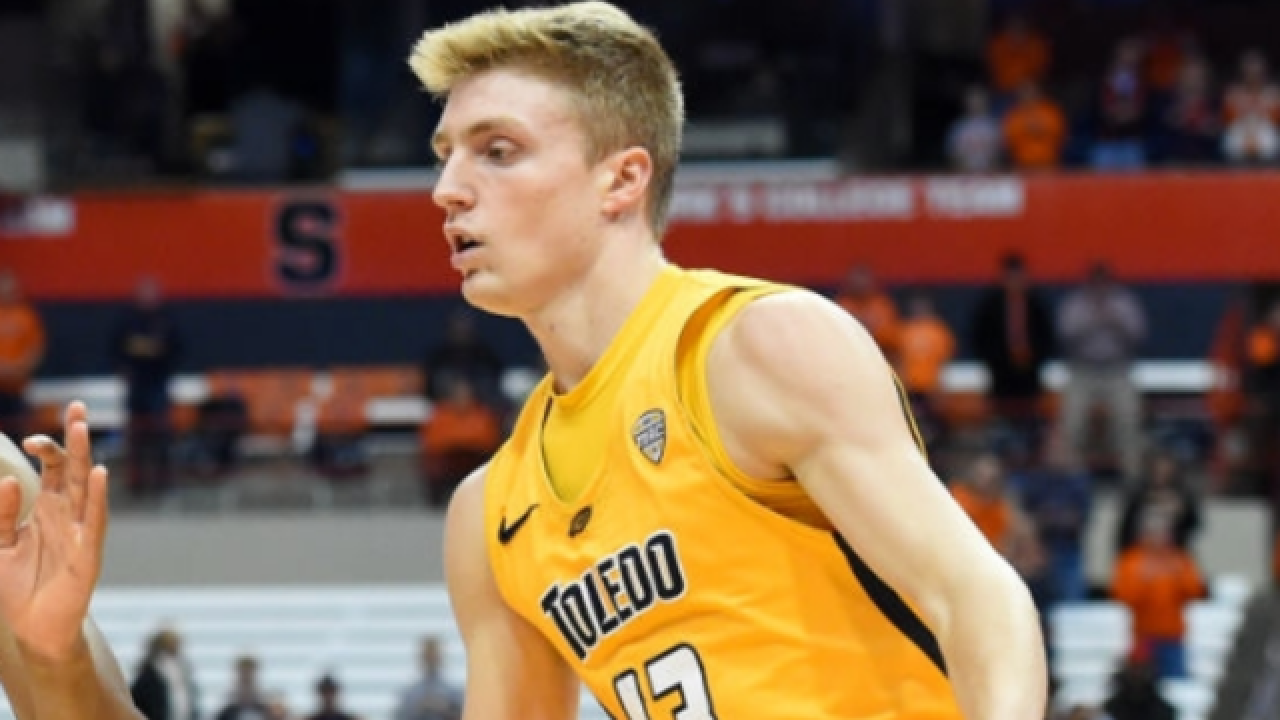 ROCHESTER, Mich. (AP) -- Jaelan Sanford scored 18 of his 30 points in the second half to help Toledo pull away and edge Oakland 87-86 on Friday night in a season opener.

Oakland had built an eight-point lead in the second half before Toledo came back to tie it at 63 with 8:42 remaining. Chris Darrington then capped an 8-1 spurt with a 3-point play and Toledo led 72-64.

Karmari Newman made a 3-pointer to pull the Grizzlies to 86-85 with 12 seconds to play. Both teams then split free throws before Xavier Hill-Mais missed a jumper to end it.

Sanford was 10 of 18 from the field and made all eight of his free-throw attempts. Willie Jackson had 15 points and 10 rebounds for Toledo, which shot 60 percent (30 of 50) from the field.  Marreon Jackson, Luke Knapke and Nate Navigato chipped in 11 points apiece.