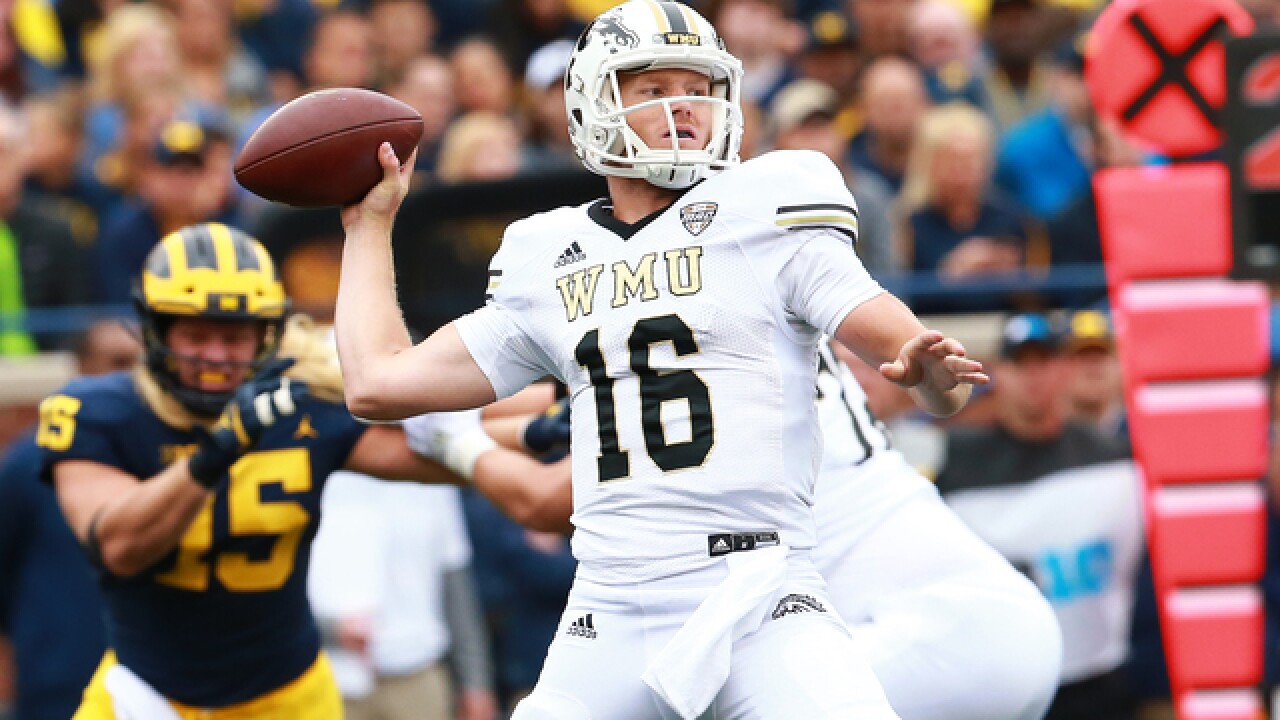 KALAMAZOO, Mich. (AP) -- Jon Wassink threw for a touchdown, ran for another and Jayden Reed recovered an onside kick with 20 seconds remaining as Western Michigan won its fourth straight, 27-24 over Eastern Michigan on Saturday.

Wassink, who had his season end with a knee injury when the Broncos beat the Eagles 20-17 in overtime last year, had his scoring plays in the fourth quarter. His 1-yard run, on the first play of the fourth quarter, capped a 91-yard drive that put the Broncos (4-2, 2-0 Mid-American Conference) ahead. After a three-and-out for the defense, Wassink capped a 69-yard drive with a 15-yard pass to LeVante Bellamy. Bellamy, who had six catches for 29 yards and 17 rushes for 76, opened the scoring with a 14-yard run.

Mike Glass, whose 4-yard touchdown run midway through the third quarter put the Eagles on top 17-14, had a 13-yard strike to Blake Banham with 20 seconds to play.

It was the fourth straight loss for Eastern Michigan (2-4, 0-2) after its 20-19 upset of Purdue of the Big Ten, and the fifth straight nail-biter. The Eagles, who have lost five straight in this series, beat Purdue with a last-second field goal and fell to Buffalo by a touchdown. Then came a loss at San Diego State in overtime two weeks ago and a triple-overtime loss to Northern Illinois last week.