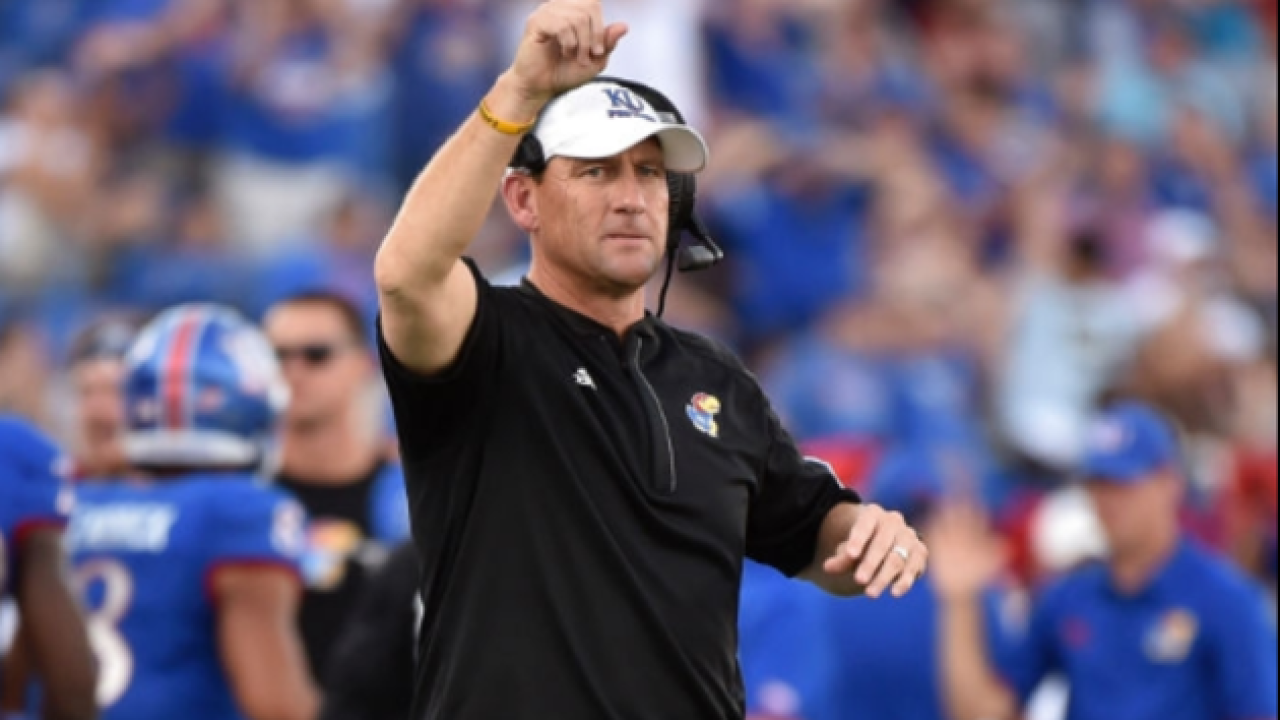 After being held out of the season opener last week, true freshman Pooka Williams rushed for 125 yards and two touchdowns as Kansas snapped the second-longest road losing streak in college football history at 46 games, winning 31-7 at Central Michigan on Saturday.

"He can change games," Kansas coach David Beaty said. "A single guy can make a difference on a team a lot of times. He can certainly get it started and make guys around him better."

Williams was held out of the opener last week for the Jayhawks, a 26-23 overtime loss to Football Championship Subdivision Nicholls. Beaty declined to say why and said he found out late Friday night that Williams would be available on Saturday. Prior to last week's game, Kansas released a statement saying the absence was a "non-disciplinary matter."

Kansas (1-1) won a road game for the first time since Sept. 12, 2009. The Kansas streak, which spanned five head coaches, was only topped by Idaho State, which lost 48 straight through 2014.

"For our program, for our fans, for our stakeholders, that was really important," Beaty said. "Our fans deserve it, and they deserve better."

"Getting the ball out and getting around the ball has been a priority all camp and all spring for us," said senior linebacker Joe Dineen Jr., who had his first career interception. "I was so excited that I caught it that I tripped. I didn't see anything but the grass when my face went down."

Central Michigan had one first down in the first half, compiling 60 yards on 20 snaps. The Chippewas (0-2) did not cross midfield until there was 7:54 remaining in the third quarter.

"I felt like we left a lot out on the field," Central Michigan coach John Bonamego said. "I still maintain that all of the mistakes we are making right now are self-inflicted and if we can continue to improve and correct these mistakes that we will be a very good football team."

Kansas quarterback Peyton Bender was 17-of-26 passing for 130 yards, connecting with wide receiver Kerr Johnson Jr. for a 31-yard touchdown to open the scoring.

After two Williams scores, Central Michigan cut the lead to 21-7 on a 31-yard reception by Jamil Sabbagh from Poljan in the third quarter.

But on the first play of the fourth quarter, Shakial Taylor of Kansas went up for an interception and returned it 55 yards for a touchdown and a 28-7 lead.

Kansas got two more interceptions in the fourth quarter from Ricky Thomas and Jeremiah McCullough.

"We're looking forward to starting a new beginning and starting a little win streak here," Beaty said. "We think we've got a pretty good football team if we continue working and continue limiting the mistakes that we make."

LONG DROUGHT
The last road victory for Kansas came at Texas-El Paso, a 34-7 victory in Mark Mangino's final season.
Turner Gill went three seasons as head coach without a road win, as did Charlie Weis in two-plus seasons. Clint Bowen was 0-5 on the road to close the 2014 season after Weis was fired.
Beaty lost the first 16 road games of his Kansas tenure before Saturday.

FOUR SCORELESS QUARTERS
Central Michigan was scoreless in the second half last week and in the first half on Saturday.
In all, the team went 69 minutes, 52 seconds of game action without a point until Sabbagh's touchdown.

THE TAKEAWAY
Kansas: With the historic losing streak behind the Jayhawks in their best chance to snap it this season, Beaty's team can go one week without its coach on the hot seat. Athletic director Jeff Long released a statement after last week's loss to Nicholls, saying the evaluation of the program was "ongoing."
Central Michigan: At least the offense moved the chains a few times late for Central Michigan with 220 yards of total offense in the second half.

UP NEXT
Kansas: Hosts Rutgers on Sept. 15 looking for Beaty's second Power 5 win in his fourth season with the Jayhawks.
Central Michigan: Plays at Northern Illinois on Sept. 15 in the Mid-American Conference opener.