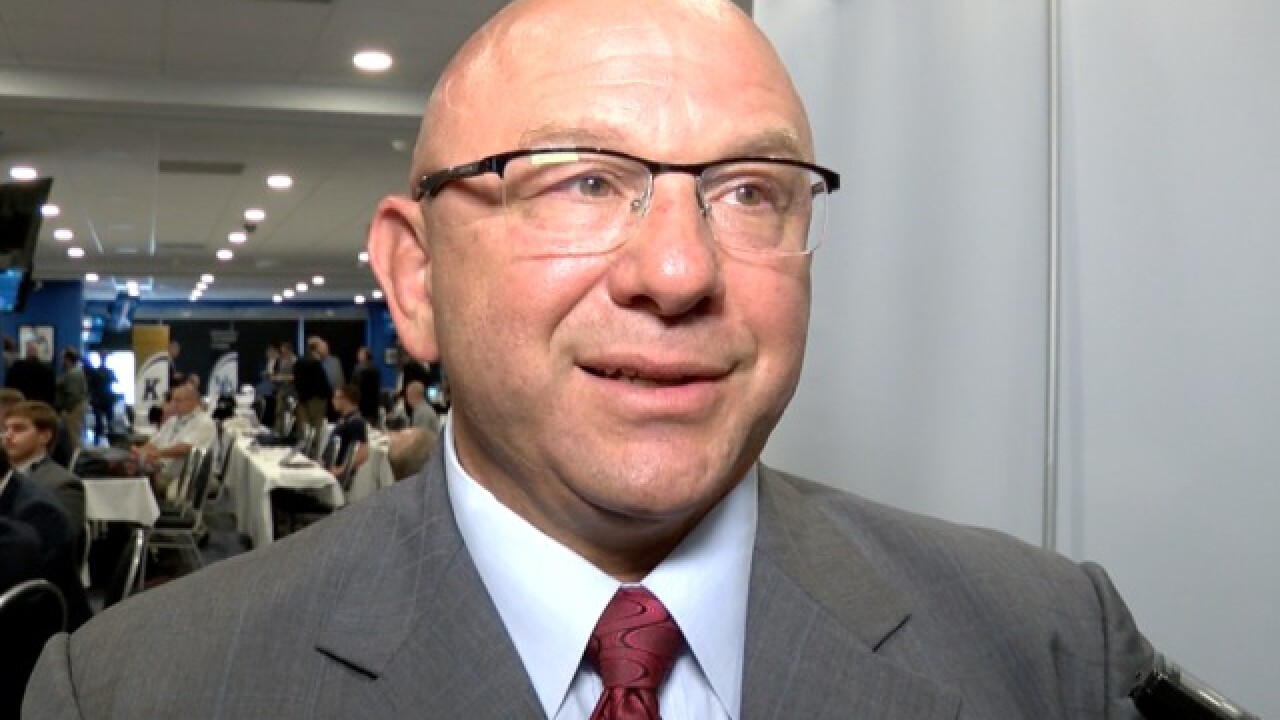 Having learned that hard lesson themselves two years ago against Southern Miss, the Wildcats aren't taking anything for granted in Saturday's opener against the Chippewas.

"They have beaten two Power Five (teams) in the past two or three years, so, it is not a big deal to them," Kentucky coach Mark Stoops said of the Mid-American Conference school that has upset Big 12 Oklahoma State and Kansas the past couple of seasons.

"What stands out to me as you watch them and you watch a lot of the MAC, they do a very good job of not beating themselves and sticking to what they do and they play it well."

The Wildcats seek that same type of performance with experience in nearly phase of the game.

However, Kentucky's offense will break in a new quarterback in junior college transfer Terry Wilson, who beat out sophomore Gunnar Hoak in a competition Stoops described as very close. Like Wildcats predecessor Stephen Johnson, also a former JUCO product, Wilson is mobile but has opened eyes with his sprinter-like speed.

Wilson hopes he won't need it much and looks simply to execute in his first FBS start.

"I feel like I'm more comfortable with the offense and have chemistry with the wideouts," said Wilson, who passed for 2,133 yards and rushed for 518 with 31 combined touchdowns last season at Garden City (Kansas) Community College. "I wanted it to happen this spring, but it just took some time."

Kentucky and CMU will meet for the first time since the Wildcats' 27-13 victory in 2011 improved them to 6-0 in the series. From 1983-92 the schools opened four times against each other, a string Kentucky also hopes to maintain.

The Chippewas aim to finally break through after finishing 8-5 and making their fourth consecutive postseason in the Idaho Potato Bowl against Wyoming.

CMU also boasts experience with 14 returning starters, including five on offense. The Chippewas are led by versatile running back Jonathan Ward, who rushed for 1,019 yards and 10 touchdowns and added 470 yards receiving with three TDs.

Their defense is also seasoned, which fourth-year coach John Bonamego hopes will help add Kentucky to the upset list.

"It'll be a great test for us," he said. "I want to see consistency. I want to see us be able to move the ball, finish drives, score points.

Here are other things to watch as Kentucky opens the season against Central Michigan:

YOUTH SERVED: Sophomore Tony Poljan will start at quarterback for CMU, the fourth underclassman to do so since 2006. That could be a good sign, considering the previous three first-year starters fared pretty well. For example, Ryan Radcliff passed for 3,358 yards as a sophomore in 2010. Career passing leader Dan LeFevour threw for 3,031 yards and 26 TDs as a freshman in 2006.

WELCOME BACK: Kentucky senior receiver Dorian Baker will see his first action since the end of an injury-shortened 2016 season. The senior missed all of 2017 after sustaining an ankle injury late in fall camp but has recovered and will lead a young receiver corps getting used to Wilson.

KICKING COMMITTEE: Somewhat overlooked in Kentucky's QB competition was the battle between senior Miles Butler and freshman Chance Poore to replace reliable Austin MacGinnis as placekicker. Butler ultimately got a leg up and will start, though Stoops hints at using Poore for long field goals and junior punter Grant McKinnis for kickoffs. "It's definitely unique, the first I've gone through this," Stoops said of the flexibility.