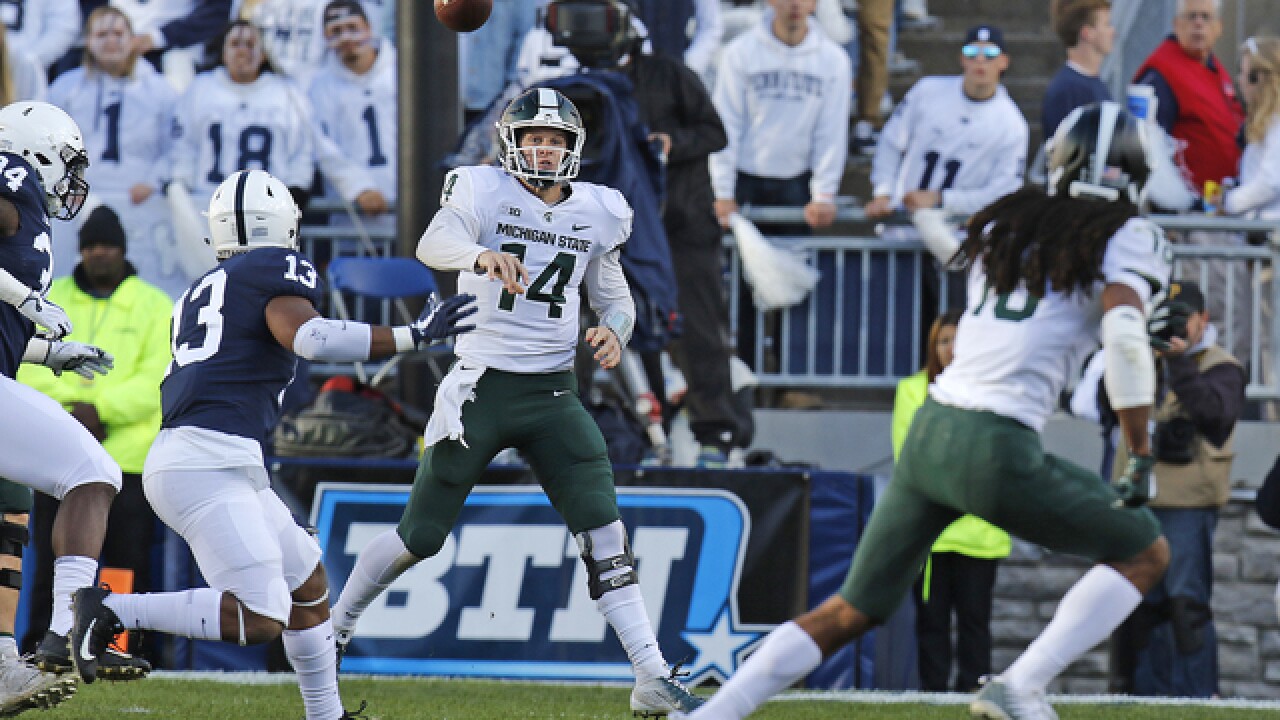 Lewerke completed 25 of 52 passes for 259 yards with an interception and two touchdowns for the Spartans (4-2, 2-1 Big Ten), who were coming off a loss at Northwestern but handed Penn State (4-2, 1-2) a devastating blow - just like last year.

Davis, who came back from an injury he sustained on the previous drive, finished with eight catches for 100 yards.

Miles Sanders ran for 162 yards and a touchdown for the Nittany Lions and Trace McSorley completed 19 of 32 passes for 192 yards with a touchdown to become the program's all-time passing yardage leader.

It looked like the Spartans would regret an attempt at late trickery.

After a 10-play drive deep into Penn State territory, Michigan State lined up for what could've been a tying 40-yard field goal with 5:19 left, but faked the kick. The ploy failed when safety Garrett Taylor swatted Lewerke's pass away from defensive tackle Raequan Williams.

But Penn State ran just seven plays on its next two possessions and gave Lewerke the ball back with 1:19 to play and he put together an eight-play, 76-yard game-winning drive.

THE TAKEAWAY
Michigan State: The banged up Spartans, still without running back LJ Scott and wideout Cody White, were able to control time of possession and keep Penn State's offense well below its scoring average. That possession time advantage paid off as Penn State's defense looked gassed again in the fourth quarter.
Penn State: Coach James Franklin said his team needed to evolve from a great team to an elite one after its one-point loss to Ohio State. The Nittany Lions still have plenty of work to do to get there. They looked sluggish on offense late, committed six penalties for 41 yards, turned the ball over twice and had no answer for Lewerke's arm in the fourth quarter.