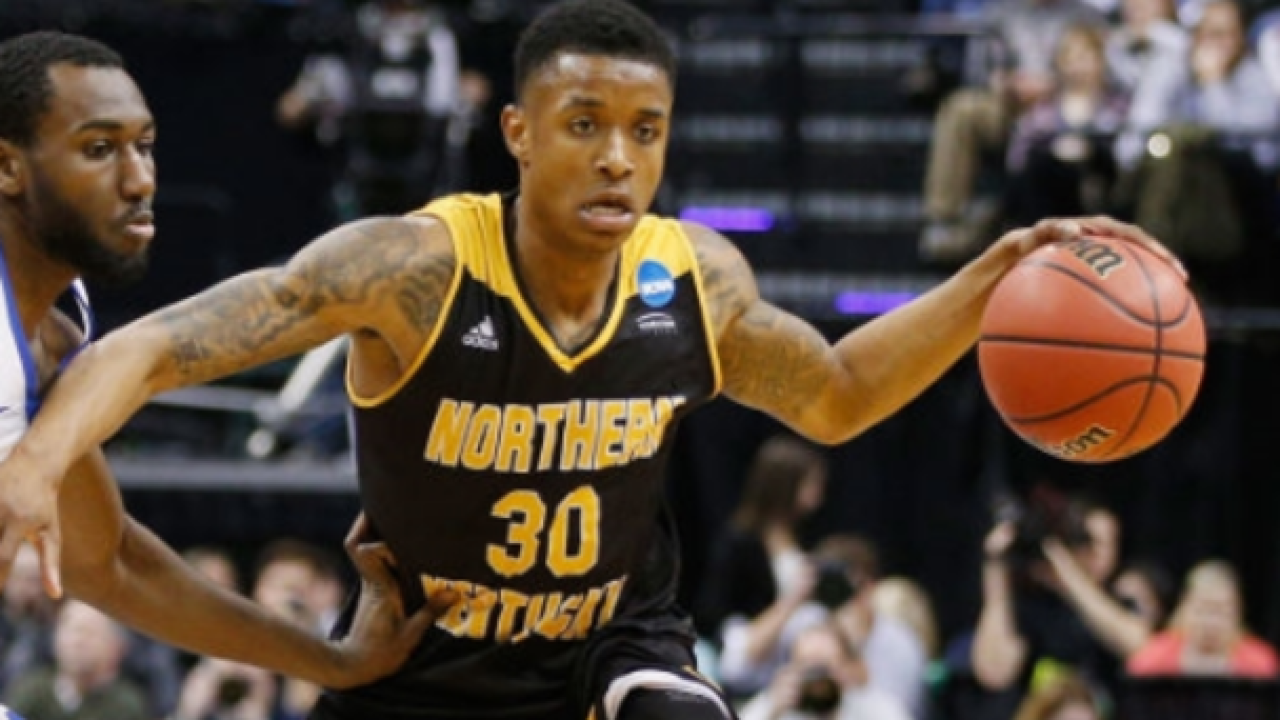 Copyright Getty Images
Joe Robbins
<p>INDIANAPOLIS, IN - MARCH 17: Lavone Holland II #30 of the Northern Kentucky Norse dribbles against Dominique Hawkins #25 of the Kentucky Wildcats in the second half during the first round of the 2017 NCAA Men's Basketball Tournament at Bankers Life Fieldhouse on March 17, 2017 in Indianapolis, Indiana. (Photo by Joe Robbins/Getty Images)</p>

DETROIT (AP) -- Drew McDonald had 16 points and nine rebounds, and Lavone Holland II made a go-ahead jumper with 3.3 seconds left to give Northern Kentucky a 56-54 victory over Detroit Mercy on Sunday.

NKU forced turnovers on back-to-back possessions with under three minutes left in the game but couldn't convert at the other end. Detroit Mercy's Josh McFolley was fouled on a fast-break layup attempt and hit two free throws to tie it at 54.

With 13.7 seconds left, Holland dribbled down the clock, used a crossover to create space and hit a pull-up jumper at the top of the key. After a timeout, Corey Allen had a decent look at a half-court shot but it came up short.